Disgraced political lobbyist Jack Abramoff and Marcus Andrade, CEO of the NAC Foundation, have been charged with fraud by the Securities and Exchange Commission (SEC) for misrepresenting the AML Bitcoin token’s compliance. The pair also face criminal charges with the Department of Justice (DOJ) for money laundering. 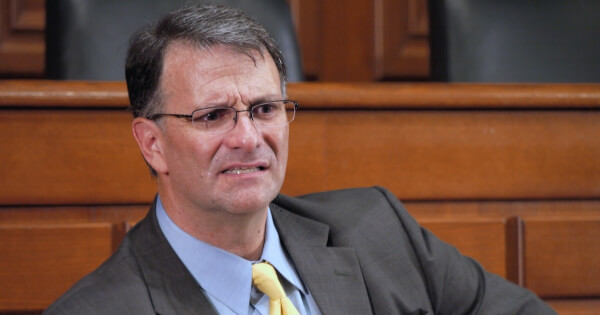 The SEC filed charges against Abramoff and Andrade on June 25, on the charge of conducting a fraudulent, unregistered offering of AML Bitcoin, a digital asset security that the defendants claimed was a new and improved version of Bitcoin. The charges from the SEC come only a few days after the DOJ filed criminal charges against Andrade and Abramoff for felony conspiracy.

According to the SEC’s complaints, from August 2017 through 2018, the Nevada-based NAC Foundation—chaired by Andrade—raised at least $5.6 million from more than 2,400 investors in an initial coin offering (ICO) that could later be converted to AML BitCoin.

During this time, Andrade and Ambramoff portrayed AML BitCoin as superior to the original bitcoin—complete with anti-money laundering (AML), anti-terrorism, and theft-resistant technology built into the token on NAC’s own “privately regulated public blockchain.” The US regulators assert that in reality none of the promoted features existed and the development of AML BitCoin and its blockchain was still in its infancy.

While Abramoff was not named in the original criminal charges by the DOJ—the SEC’s charges have revealed that that disgraced lobbyist Abramoff aided Andrade with the promotion that proved to be false. In addition to lying to investors about the technical developments of AML Bitcoin, Andrade also allegedly used millions of dollars in investor funds for personal use and purchases.

The US Attorney’s Office for the Northern District of California also announced parallel criminal actions against Andrade and Abramoff, further charging Andrade with wire fraud and Abramoff with conspiracy to commit wire fraud and lobbying disclosure violations.