Gary Gensler, the newly appointed chairman of the US Securities and Exchange Commission, has requested that the US Congress make some major decisions regarding cryptocurrency regulation. 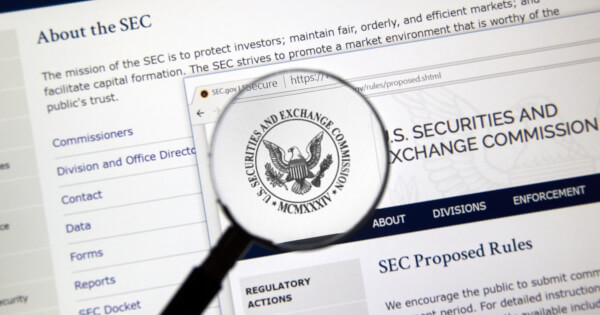 The SEC chair addressed this during a hearing hosted by the House Financial Service Committee, where market volatility surrounding the GameStop stock price jump witnessed early this year was discussed.

Gensler made such comments as a response to a question asked by Rep. Patrick McHenry about what the SEC would do to ensure that the crypto industry remains compliant with the law and conforms with legitimate use cases.

Gensler stated that since crypto exchanges do not have a regulatory framework provided by the SEC or the Commodity Futures Trading Commission (CFTC), US Congress was the one responsible for instilling greater investor confidence through regulating crypto exchanges.

Although the SEC’s authority involves regulating digital assets that the regulator considers securities, Bitcoin does not fall under this category.

Gensler stated that Bitcoin is a commodity under US law and is not subject to the SEC’s oversight. He said:

“There’s a lot of authority that the SEC currently has in the securities space, and there are a number of cryptocurrencies that fall within that jurisdiction. But there are some areas, particularly Bitcoin trading on large exchanges, that the public is not currently really protected.”

“It's only Congress that can really address it. It would be good to consider whether to bring greater investor protection to the crypto exchanges.”

Regarding the GameStop frenzy, Gensler talked about the role of online communities such as Reddit in boosting stock prices. He however stated that he is not interested in curtailing the freedom of expression, but rather that he was more interested in seeing whether malicious actors took advantage of such communities to manipulate markets.

He disclosed that the SEC plans to release a report this summer evaluating the GameStop trading craze and the reaction to it.

Gensler was sworn in as the chairman of the SEC last month. During his nomination, he suggested that more government oversights of crypto assets will be coming. His appointment could have a significant impact on the cryptocurrency industry. Crypto advocates have projected that under his leadership, the US could see a Bitcoin ETF approval and the much-needed regulatory clarity in the field of digital assets.

As a former Commodity Futures Trading Commission chairman and former Goldman Sachs investment banker, Gensler has a great wealth of experience to serve as SEC chairman. What sets him apart from his predecessors is that Gensler is the first blockchain technology and crypto expert to head the SEC. He was a professor who taught the course “Blockchain and Money” at the MIT Sloan School of Management and he regards Bitcoin as a “catalyst for change.”