Perianne Boring: Blockchain Will Be the Foundation of the New Financial System

Perianne Boring is the Founder and President of the Chamber of Digital Commerce—the world's first and largest blockchain trade association. Boring began her career as a legislative analyst in the U.S. House of Representatives, advising on finance, economics, tax, and healthcare policy. Prior to forming the Chamber, Boring was a television host and anchor of an international finance program that aired in more than 100 countries to over 650 million viewers. 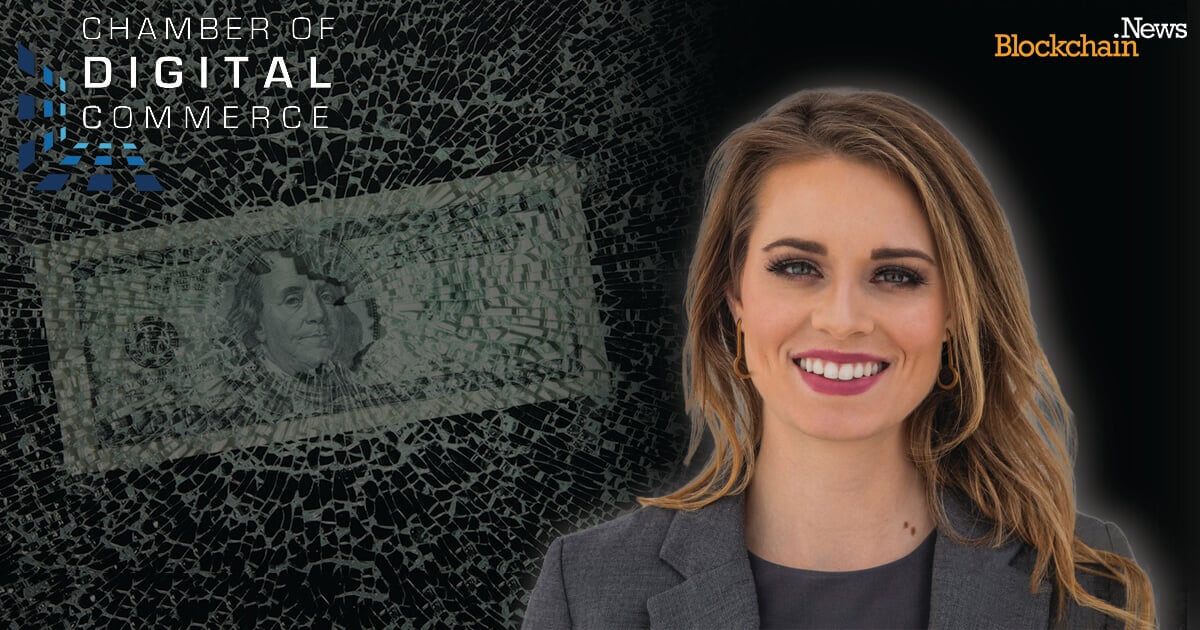 In Part 2 of the interview, Boring urged the United States to catch up with the People’s Republic of China following the inclusion of blockchain in their 13th Five-Year Plan. She also outlined the evolution of money issuance standards and argues that blockchain and cryptocurrencies are the keys to overcome the challenges faced by the current monetary system.

On Oct. 25, 2019, Chinese leader Xi Jinping gave a speech where he encouraged Chinese enterprises to ‘seize the opportunity’ in using and accelerating the development of blockchain technology. This was a significant event in China’s perspective of the technology and cemented several previous public statements regarding blockchain. It took the markets by surprise as the shares of 70 Chinese technology companies rose significantly, the price of bitcoin surged, and internet searches for the term “blockchain” on WeChat grew 60 fold. This opportunity gave large local enterprises such as social media giant WeChat and payment platform AliPay the green light to innovate with enhanced freedom.

Boring said, “Blockchain is part of China’s 13th Five-Year Plan. They want to be the first country to issue a Central Bank Digital Currency (CBDC). They've invested significant resources for many, many years into this technology and they have applied for at least 80 patents, so they are taking this very seriously. Other countries should take notice. And of course, we want the United States to be at the forefront as well. Already major industrialized nations are making significant advances in promoting and adopting this technology, making a hard run to surpass the United States and obtain the economic value this industry offers. Meanwhile, the United States risks missing out on blockchain’s enormous potential for innovation and economic growth.

Blockchain is set to play a key role in many sectors in the future, including financial services, cyber security, digital identity and privacy, healthcare, insurance, supply chain, intellectual property, and others. China’s public entry into the blockchain space has prompted many to describe the situation as a new kind of ‘space race,’ with many believing that whoever masters the technology first will dominate development for future generations. Boring said, “I think that’s very possible, and China could also become the leaders in finance and monetary policy, and that is going to have a direct result on our national security. So this is incredibly important. And I do think blockchain is going to play a huge role in the future of money and the United States needs to be taking it a lot more seriously than we are right now.”

Facebook’s Libra project dominated blockchain headlines last year ever since the social media giant announced the cryptocurrency’s development. The project has faced intense scrutiny from U.S. and European lawmakers ever since Libra was unveiled to be a stablecoin backed by a select number of national currencies. This led to CEO Mark Zuckerberg being summoned to Capitol Hill for questioning in October.

“Facebook’s announcement of the Libra Association has sparked some very important conversations and public discussion about money, what it is and how it works,” said Boring. “Last year was the 75th anniversary of the Bretton Woods agreement where the allied nations came together following World War II to create a new global monetary arrangement. At Bretton Woods Agreement outlined that the price of gold would be $35 an ounce, the US dollar would be the world reserve currency, all other currencies would peg their value to the dollar and they could legally demand gold from the U.S. Treasury. By the 60s, we started the transition to fiat currency as it became impossible to maintain the peg to gold as the U.S. began racking up trade deficits. In 1971, President Nixon closed the gold window. And by the 1980s, all industrialized nations moved to fiat—or floating exchange rates. It’s really amazing to look back and see that just even a couple of decades ago, the world was on a type of gold standard. And we were on a gold standard for thousands of years before that. The global monetary system today has a lot of uncertainty and is a never before seen experiment.”

The monetary experiment has so far not yielded the results originally intended by the Bretton Woods System. Pointing to global financial statistics, Boring said, “Look at global debt, hundreds of trillions of dollars of debt around the world accounting for over 200% of global economic output—that's a systemic issue. And one of the resulting symptoms of the debt is inflation, over 20% of all fiat currencies around the world have inflation rates of over 5% which is a huge problem—the Federal Reserve’s target is 2% just to put that figure into perspective.” She emphasized, “the international financial and monetary system is broken and we have world leaders all around the world saying the current system is sick and we need something new.”

While Facebook’s Libra has not quite gotten off the ground as of yet, the speculation and industry analysis generated by the giant organization that already has access to 2.6 billion users developing in the crypto space is creating new inputs and discussions around new money forms. Boring concluded saying, “the problems that the international monetary and financial system has are so challenging, that it is going to take a paradigm shift to fix them. And what I think is so exciting about being where we are today is that I believe cryptocurrencies and blockchain technology will be foundational toward achieving that paradigm shift and that's what I have bet my career on.” 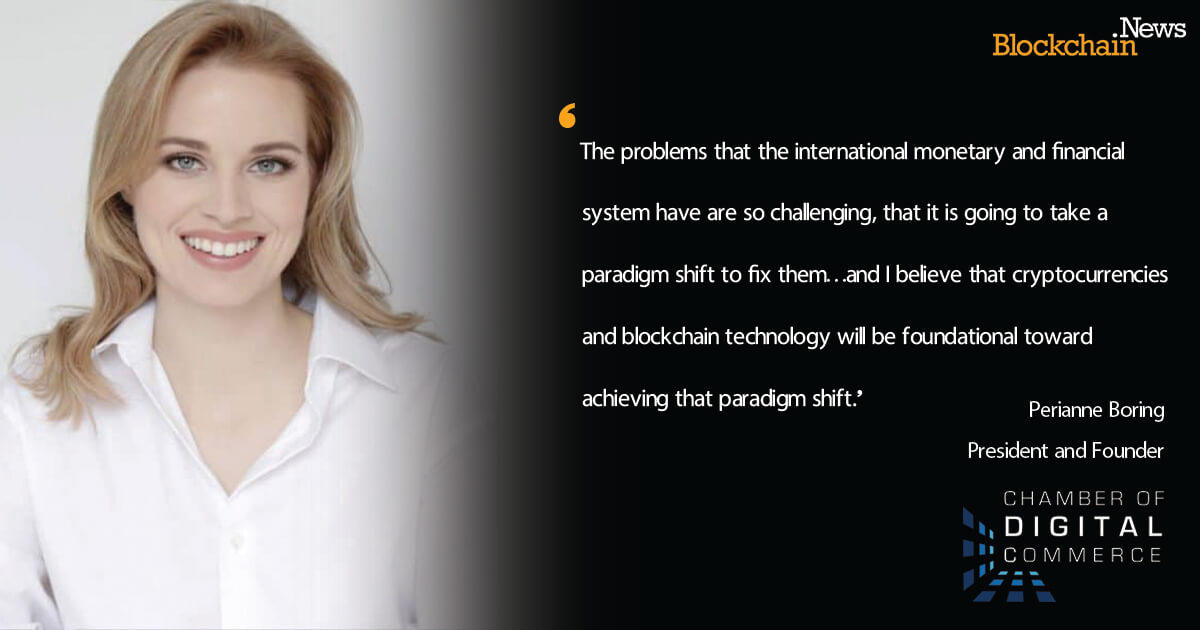 Don’t forget, the Chamber of Digital Commerce will present its fifth annual DC Blockchain Summit on March 11-12, 2020. This gathering of the Chamber’s membership will bring together the world’s leading blockchain executives and technologists, public policymakers, and academics — all with a common passion for blockchain technology. Join the Chamber for this important and intimate dialogue on blockchain policy development.