In light of the 2020 US presidential elections, Trump admitted to denying funding to the US Postal Service (USPS), despite the mailing service’s proposal on Thursday of a new patent for a blockchain-powered voting system, which would make ballot casting more secure. 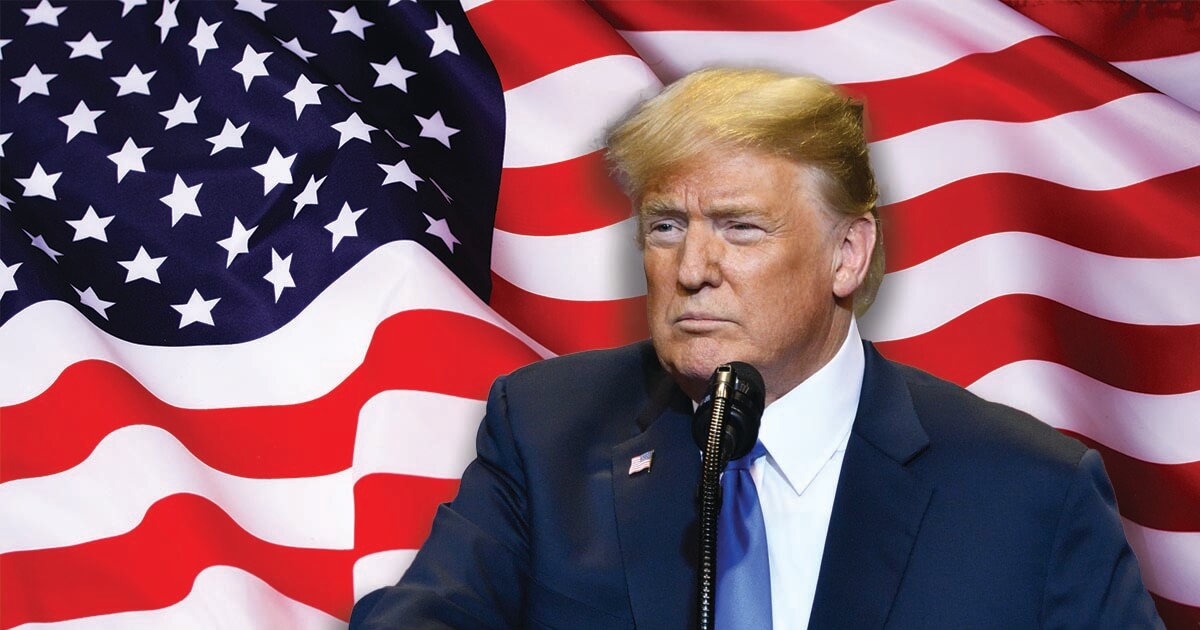 Why Did Trump Deny Funding to USPS?

President of the United States (POTUS) Donald Trump had been reported by Forbes to have denied USPS’ funding in order to block mail-in voting, sparking rage from Joe Biden’s Democratic Party, who allegedly needs that money sponsoring to keep the post office rolling and the ballots coming.

With all this ongoing, the US Patent and Trademark Office presented the USPS’ official patent application, dubbed the “Secure Voting System,” which leverages blockchain technology to securitize the voting process and transmit the incoming ballots more efficiently and quickly. 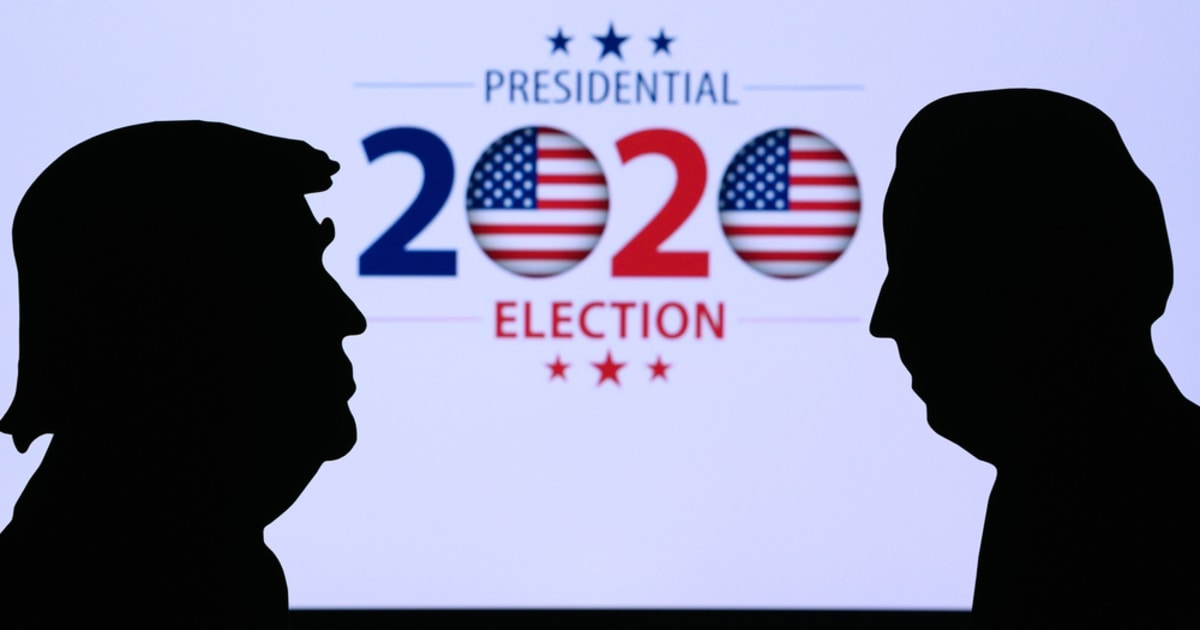 President Trump had been attacking the US Postal Service and the voting system for a while now, backing his arguments by falsely claiming that mail-in voting will lead to fraudulent votes. Despite the lack of evidence to support his claims, this was the explanation Trump provided to justify his denial of funding to the USPS, despite the Democratic Party’s request. The President of the United States (POTUS) stated publicly in referral to the Democratic Party that they “need that money in order to make the post office work so it can take all of these millions and millions of ballots.”

Joe Biden, Trump’s rival in the presidential campaign, was quick to call out POTUS’ "spiteful act", describing it as 'pure Trump.' His Democratic Party took to its Twitter account on Thursday and said:

“Trump again brags he’s destroying the post office to sabotage voting and rig the election. The Republican party is unfit to govern and an open enemy of democracy.”

In response to all this, the USPS presented its patent on Thursday for a blockchain-fueled voting system, which would offer great solutions and facilitate voting, with political tensions on an all-time high and the pandemic continuing its spread. 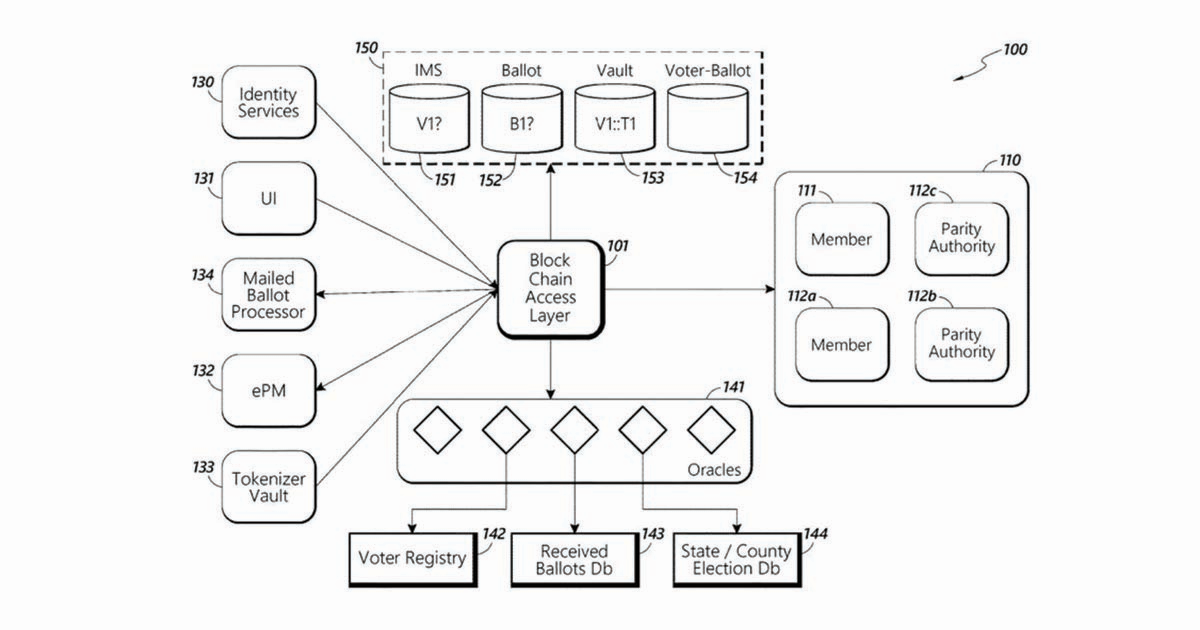 Source: US Patent and Trademark Office

By moving the votes to a decentralized distributed ledger, the ballots could be transmitted at lightning speed. This transacting efficiency will in turn greatly reduce the ballots’ vulnerability to being tampered with. With blockchain technology continuously improving and having advantages on a multi-level, it has been reported by Forbes that the USPS Office of Inspector General had encouraged the Post Office back in 2016 to look into ways of leveraging the technology for their mailing services.

Also, as blockchain technology is increasingly leveraged to keep identities safe and secure on a digital platform, blockchain technology could be beneficial on numeral levels, to address 1) Financial Management, 2) Device Management, 3) Identity Services, and 4) Supply Chain Management. These four key points are outlined in the report filed by the USPS to the Patent and Trademark Office.

“Identity Services” is a key area in which the US Postal Service has always excelled at, as to identify theft, money laundering, and fraud are not foreign concepts that USPS has to deal with on a daily basis in the mailing industry.

Paul Madsen, the Technical Lead at Hedera Hashgraph – a distributed ledger technology invented by Dr. Leemon Baird, addressed this strength and feature of blockchain technology outlined in the patent as its selling point, though he makes clear that “blockchains are not a magic bullet for voting platforms.” one thing is clear, however, and that is that blockchain will provide security to a voter’s identity, and that is a key factor that Trump was concerned with when addressing mail-in votes.

In an exclusive interview with Blockchain.News, Dr. Leemon Baird, the inventor behind the distributed ledger technology Hedera Hashgraph, shared his views on blockchains and what is key to making them great:

“The thing about decentralized ledgers is that it isn’t good enough to just have a good algorithm, you need good governance. You need a way of building trust that more than two-thirds of the nodes will be honest. Because every algorithm can be corrupted if a third of the nodes are dishonest and the attacker can do things with the internet. Every system has that problem, and so you've got to have trust.”

The US Postal Service is certainly not the only entity to leverage blockchain technology. There is an increasing number of adherents include US Senate’s Permanent Select Committee on Investigations, who released a report recommending blockchain use for votes by Congress. This has not been implemented yet.