Microsoft’s decentralized identity tool, ION which is based on the Bitcoin blockchain, launched a beta version on mainnet Wednesday. The launch was in response to the efforts of the Decentralized Identity Foundation (DIF), who are currently pushing to fast track publicly available tech tools that could help combat the COVID pandemic. 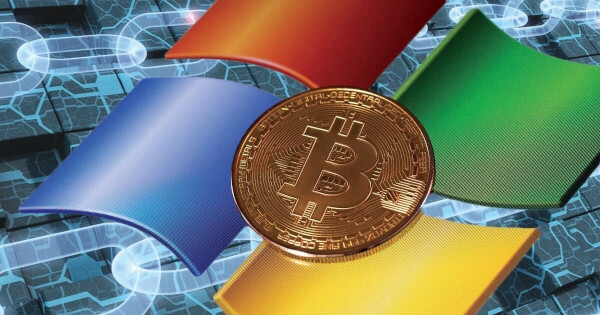 ION, a Microsoft-led decentralized identity system built on top of Bitcoin, has officially launched in beta on Bitcoin’s mainnet yesterday. The news was shared in a release by Casa, a Bitcoin self-custody provider, and project collaborator. “We’re excited to help ION take full advantage of technology like Bitcoin to vastly improve authentication, security, and privacy on the internet,” Casa CEO Nick Neuman said in a press release.

Daniel Buchner is a program manager for the Microsoft Identity team and described the launch in a June 10 blog post. Buchner said the open-sourced, layer 2 Identity Overlay Network (ION) aims to provide users with a DID – a decentralized identifier – which would replace the necessity of a username.

Per the blog, “Unlike centralized identifiers commonly used today (email addresses, usernames, etc.), DIDs are generated, owned, and controlled by individuals, not companies or other centralized entities. There are many different approaches to creating DID protocols, but they all revolve around the same concept: user-owned unique identifiers tied to a set of cryptographic keys and routing endpoints.”

According to Buchner, it’s not difficult to create a basic DID protocol, but “creating a robustly decentralized and scalable network without resorting to trusted validator nodes, utility tokens, and other mechanisms, is incredibly challenging.”

“The core promise of DID technology is to empower all individuals and entities with ownership and control over their identities, which aligns well with our mission of empowering every person to work, play, and achieve more,” said Buchner. “To deliver on that promise, we have chosen a different path from some of the more centralized approaches to DID technologies—and we believe ION exemplifies that choice.”

ION has been in development since last year and Microsoft is also drawing criticism for its repackaging of the tool as a COVID immunity passport.

Microsoft is part of the ID2020 Alliance, which is a public-private partnership, which also includes Accenture and Hyperledger. According to its website, its aim is to develop a global model for the design, funding, and implementation of digital ID solutions and technologies.

Some feel that the COVID pandemic and ID2020 are being exploited by Microsoft and other big techs like IBM. An adviser to the ID2020 Alliance, Elizabeth Reneiris recently resigned over the organization’s direction on digital immunity passes and COVID-19 since the arrival of the big tech firms to the initiative.

In May this year, attorney Elizabeth Reneiris resigned from her advisory role at the ID2020 consortium saying she “cannot be part of an organization overly influenced by commercial interests that only pays lip service to human rights.” Her resignation came after she continued to voice concerns over how the involvement of corporations like Microsoft may influence the development of these systems.

In a white-paper authored by Reneiris stated that the immunity passports being developed violate human rights standards of privacy, and should be deemed illegal. She wrote, “Even if the proposed immunity credentials could satisfy the legality test, it is hard to argue they are necessary or proportionate interventions”