Luxembourg for Finance (LFF) is a public-private partnership that acts as the agency for the development of the financial center of the small nation.

Christopher Hollifield is a Business Development Specialist for LFF and heads up investment from Chinese and African organizations. His work mainly involves advising fintech and financial companies looking to develop cross-border activity through Luxembourg based platforms. Hollifield also advises on the development of the ecosystem in Luxembourg and on synergy creation with key financial centers. 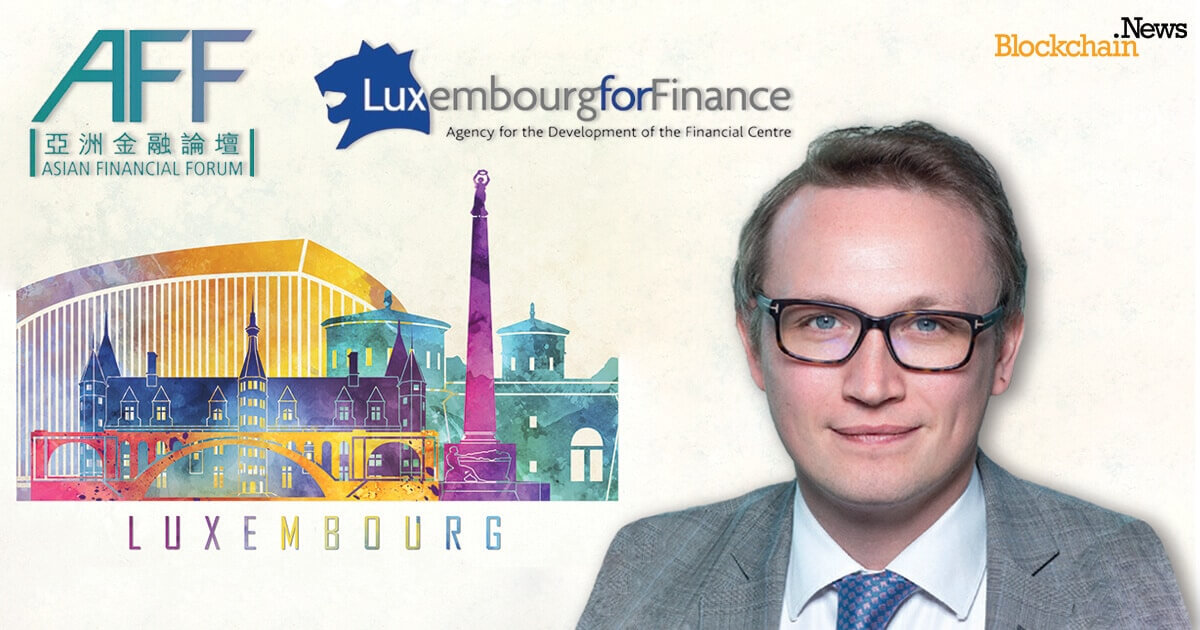 Luxembourg is a small country right at the center of Europe that borders France, Germany and Belgium. It has a very small population of 600,000 people but statistically around 50% of these people are foreign-born.

In his role, Hollifield spends much of his time promoting the financial potential of Luxembourg abroad and speaking with companies about what the LFF can do for them. He said, “I cover China primarily as the Head of China Desk so I’m out in Asia and China on a regular basis. In verticals, my field is FinTech so I speak with these types of companies and work with them to bring their presence to Europe.” He stressed, “It’s very important work as Luxembourg may not necessarily be the first place that springs to mind but it has very high importance both financially and in a general historical context as one of the founding members of the European Union.”

Despite its small geographic size, Luxembourg is a major financial center for Europe. Hollifield said, “It's the second largest asset management location in the world with something like five trillion US dollars of assets under management. It also has very strong insurance sectors, corporate banking sectors, and, capital markets activity. Particularly because of its small size, it's always been focused on cross border activity. That's really Luxembourg’s kind of raison d'etre (purpose)—to provide an international hub right at the center of Europe.”

According to Hollifield the LFF, “The cross border financial activity of Luxembourg itself sets us apart from competitors. It doesn’t really have a domestic market but it has had this focus on cross-border financial activities since before the 80s, which has facilitated its development as a major asset management sector.” He explained, “Luxembourg funds are distributed in 72 geographies across the world, I mean 80% of the foreign funds in Hong Kong are Luxembourg-based.”

According to Hollifield, blockchain and financial technologies are definitely changing the nature of financial centers and it’s something that Luxembourg takes very seriously. He said, “FinTech is one of the areas where Luxembourg actually has a really big domestic market because of being an established financial services axis. Back in 2016, the LFF together with a number of other actors set up an institution called The LHoFT, the Luxembourg House of FinTech, which kind of acts as a platform to help FinTech companies and blockchain companies engage with the traditional financial center of Luxembourg. The LHoFT has something like 74 members now directly in Luxembourg and a network of something like a couple of hundred. We really see the technology as creating a seismic shift in the industry, definitely replacing lots of the infrastructure back end of financial services.”

Hollifield elaborated on an exciting blockchain use case called FundsDLT, a prototype for greater speed, efficiency, and accessibility in cross-border asset management, which was designed in collaboration with KPMG. He said, “It's essentially a blockchain-based platform that provides the ability to transfer funds and shares over a blockchain network. It was actually set up by a subsidiary of Luxembourg Stock Exchange, Fundsquare, a couple of years ago and it held its first proof of concept back in 2017. It's coming to a stage now, hopefully, where it will become an operational project.”

Another upcoming wider European blockchain project in development is Infrachain. Hollifield said, “Infrachain is slightly different, it is partially state-backed and what it is trying to establish a base layer blockchain on which you can then build applications and launch private chains. It is being set up by several private partners, not solely based in Luxembourg but a network of partners across the European Union. Its basic purpose is to establish a safe and regulatory compliant infrastructural base for further developments and blockchain projects.”

“There's a couple of other things happening in the Luxembourg private sector. In Luxembourg. Tokeny is a company that provides a tokenization service for assets to the standard of method compliance security, it is based on the Ethereum blockchain.” Hollifield continued, “I would strongly advise your readers who are interested to go and check out the LHoFT’s FinTech map, which highlights the considerable sector of blockchain-based companies in Luxembourg.”

The future looks bright for financial technology in Luxembourg, but what are the immediate next steps in LFF’s road map? Hollifield stated, “Our two main priorities are, on the one hand FinTech and developing connections internationally with some of the financial centers in that field. And on the other hand, a big priority for us is sustainable finance.”

According to Hollifield, “Luxembourg is actually the largest center for sustainable bonds in the world, it holds something like 50% of all green bonds—all listed in Luxembourg.” He concluded, “That's a real trend that we see actually, the increasing use of ESG investment decisions, not solely in bond issuance but also in investment funds. That’s a market on which we are looking to further capitalize.”