Lionel Messi, a football star who has bagged seven Ballon d’Or Awards, has joined hands with Sorare to be its brand ambassador and investor. 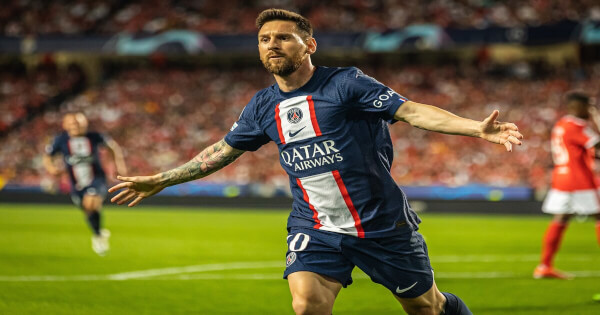 Sorare is an Ethereum-based fantasy soccer game platform that leverages non-fungible tokens (NFTs). Therefore, Messi will be instrumental in how fans connect with players and clubs.

Nicolas Julia, the co-founder and CEO of Sorare, pointed out:

“We believe Messi will help us set new standards in how we do this, and we look forward to sharing what new content and fan experiences we’ve been collaborating on soon.”

He added that the partnership was a “huge milestone” for the platform.

“Fans have always looked for ways to express their passion and get closer to the players and teams that they love and Sorare’s combination of a fantasy game with digital collectibles gives fans new ways to do that, wherever they are in the world.”

Comprising at least 2 million users spread across 185 countries, Sorare was previously valued at $4.3 billion. The Paris-based startup has also partnered with more than 300 sports teams and major leagues, such as Germany’s Bundesliga and Spain’s La Liga.

Sorare has expanded its scope beyond football to include other sports like baseball and basketball.

For instance, the National Basketball Association (NBA) recently inked a deal with the platform to enhance the fan experience and render more interaction, Blockchain.News reported.

The NBA acknowledged that the fantasy basketball game would allow fans to develop a lineup of NFT-powered digital collectables based on their favourite teams and players.