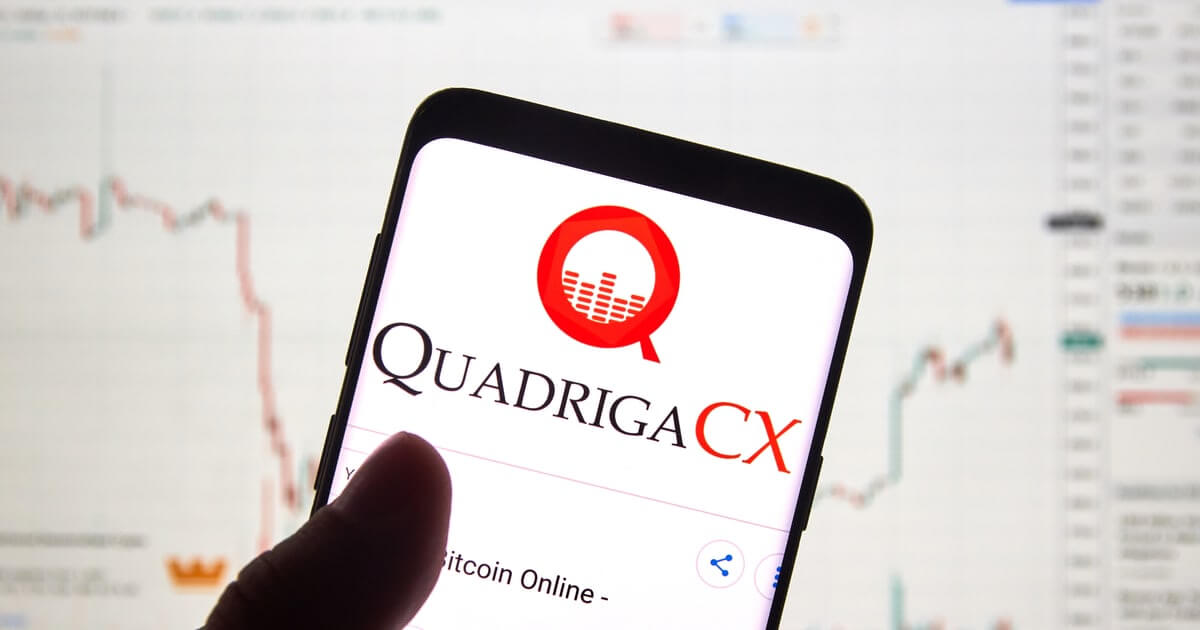 As the death of Gerald Cotten, founder of Quadrigacx, a once reputable cryptocurrency exchange in Canada took the world by surprise, efforts to mitigate the losses incurred by users of the platform have hit yet another win for customers whose assets remained unrecoverable as Jennifer Robertson, late Gerald’s wife has issued a statement on Monday, October 7th agreeing to pay about $9 Million dollars (12 million Canadian dollars) in assets to EY Canada. 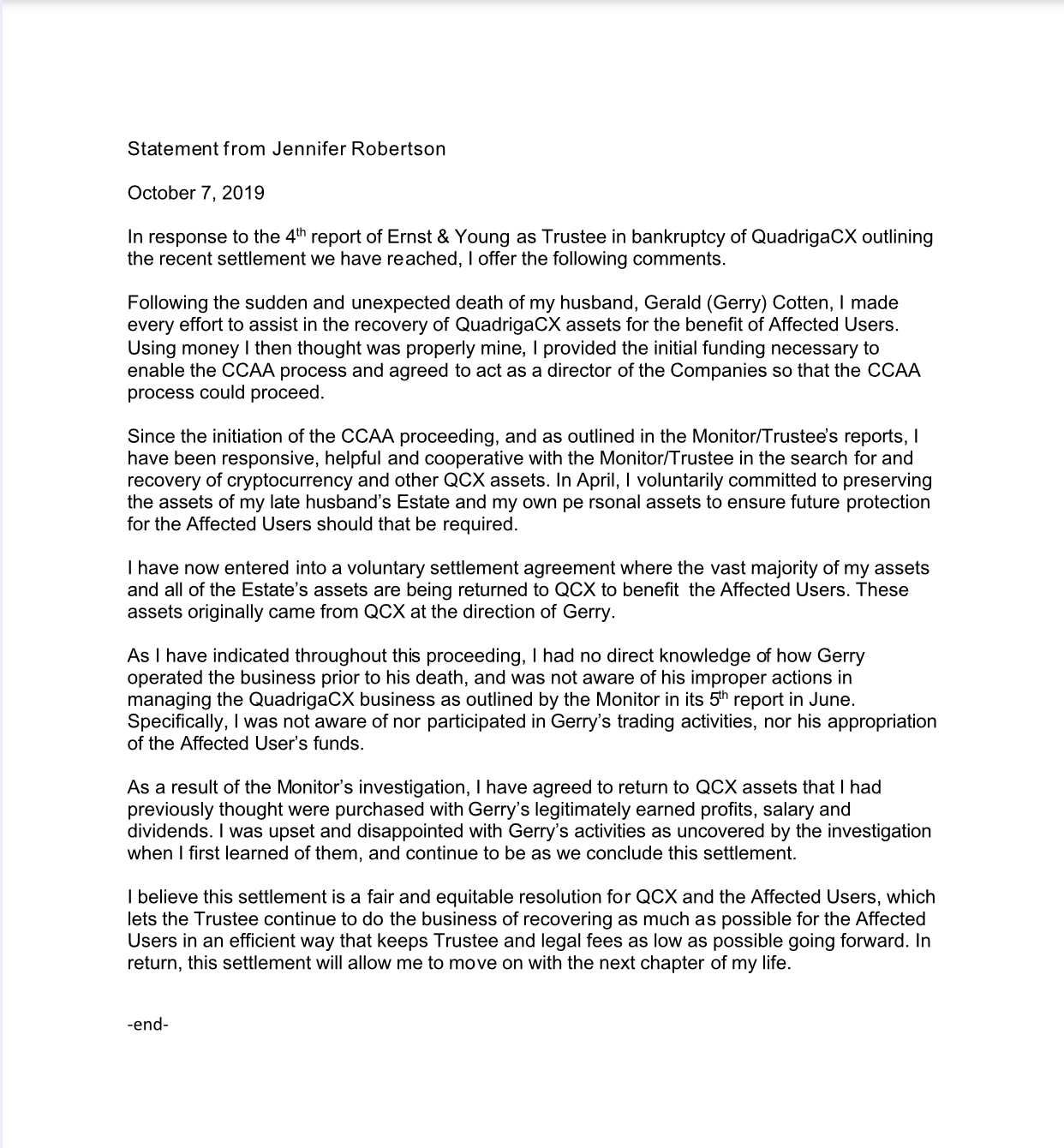 In the wake of the recovery process championed by Ernst and Young Canada, Robertson made a statement on Monday confirming that “since the initiation of the CCAA proceedings and as outlined in the Monitor/Trustees report”, she has been forthcoming throughout the process. This statement underscores her claim of not being aware of how her husband ran the affairs of Quadrigacx while alive. A position that is curiously debated by analysts in the Cryptosphere.

Robertson would be making this refund from own assets according to her;

the Affected Users. These assets originally came from QCX at the direction of Gerry”

Jennifer and Gerald’s assets which are valued at about US$9 Million are to be liquidated according to a report released by EY on Monday and used to settle Quadrigacx customers.

This move by Jennifer Robertson is a way to avoid further litigation costs and should also be seen as a valiant one as it helps reinvigorate the hopes of not only the benefitting Quadrigacx customers but also of users in the cryptosphere.