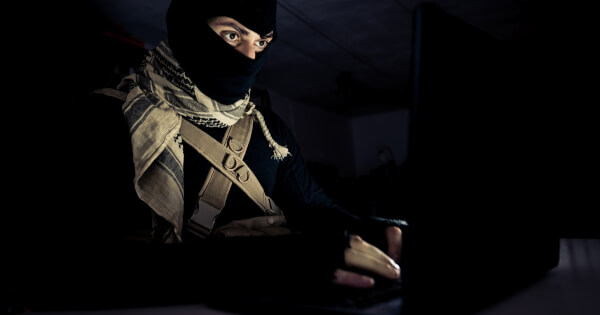 Experts have disclosed that ISIS is using crypto platforms to conceal donations and bypass financial security measures. Experts have made such a revelation after identifying an increase in advertising for donations.

The ISIS (Islamic State of Iraq And Syria) has been recognized as the world’s richest terror group. Governments across the world are aware of the terror group and actively looking to block and track all funding efforts through banking channels. However, such difficulties have not stopped ISIS from using other ways to bypass money-laundering filters and sanctions. The group is using cryptocurrencies as it looks for untraceable and anonymous ways to transfer money.

According to the latest report, experts fear the terror group’s missing £246 million war chest could have been transferred into cryptocurrency in an attempt to hide it from the authorities.

Hans-Jakob Schindler, director of CEP (the Counter Extremism Project, a specialist think tank tracking the trend of terrorism financing), revealed that since 2017, the authorities have been searching for the terror group’s mission war chest and it is feared that it may have been converted into cryptocurrency to be used at a later date.

Schindler stated: “I’m wondering if from 2017-2020 there has been $300m that we have not found and that’s why I’m thinking this might have been one of the ways it might have been used.”

“This would be an ideal storage mechanism until it is needed. If done right it would be unfindable and unseizable for most governments.” He said.

ISIS is considered to be the first terror group to face prosecution in court for crypto activities.

Ali Shukri, a US teenager, was put in prison for 11 years in 2015 for providing an online manual to ISIS supporters on how to use Bitcoin to conceal financial donations.

Schindler mentioned that there have been consistent cases of Hamas and ISIS using cryptocurrencies since 2014. From these early days of cryptocurrency, ISIS has been interested in what could be done with the new technology. Due to the anonymity of the user, when digital transactions are broken up into small transactions, it is next to impossible for the terror group to be traced back to a particular entity.

Schindler is urging the EU governments to work together to develop a regulatory framework to build tighter regulations.

Yaya Fanusie, a director at the Foundation for the Defense of Democracies, has been studying terror groups using crypto since 2016 and first saw an increase in advertisements for crypto donations in crowdfunding sites. He identified supporters of ISIS increasingly rely on the sophistication of blockchain technology to generate funds for the terror groups. Rather than one blockchain address, there are multiple addresses, which make it difficult for law enforcers to track. He said that the terror group is using software that supporters can download and, therefore, they don’t have to go through a crypto exchange.

In the previous year, a report by US security group, the NSRD (National Security Research Division) urged for international cooperation between the intelligence community and law enforcement in dealing with the issue. The US security group said that the high adoption and use of these technologies are critical uncertainties, which have significant operational impacts.

This analysis suggests that oversight and regulation of cryptocurrencies, together with international cooperation between the intelligence community and law enforcement, would be vital steps to prevent terrorist groups from using crypto to support their activities.

Last year in August, MEMRI (the Middle East Media Research Institute), a Washington-based nonprofit research organization, issued a new report indicating that social media has demonstrated to be fertile ground for soliciting funds used in terror financing. Terrorist groups like Hamas, Al-Qaeda, and ISIS are increasingly using social media sites to raise cryptocurrency. Donors may not even know that they are giving their money to fund conflicts. Encrypted messaging app Telegram is identified as the most preferred app by these terror groups. The terrorist groups regularly publish their Bitcoin addresses when they seek donations on social media sites like Twitter, Telegram, Facebook, and others. They also share detailed instructions via these sites to explain how potential donors can donate in cryptocurrencies. MEMRI mentioned that it has been in touch with the US government and other western government agencies to inform them about their findings. Pavel Durov, Telegram’s CEO, obtained letters from the US Congress to take immediate action against the evidence provided of terrorist groups using his platform.