How Does MakerDAO Stay Compliant on over 400 Global Partnerships?

MakerDao is the protocol behind Dai, the world’s first decentralized stablecoin and the contemporary success story for decentralized finance (DeFi). The project went live in December 2017, with Dai as the USD stablecoin and Maker functioning as the governance token. In the world of decentralized finance, MakerDao is by far the most popular DeFi protocol running on the Ethereum network and has been steadily increasing traction since its launch. After only a year and a half into production, MakerDao reached its all-time high market cap of $97M on July 9, 2019. 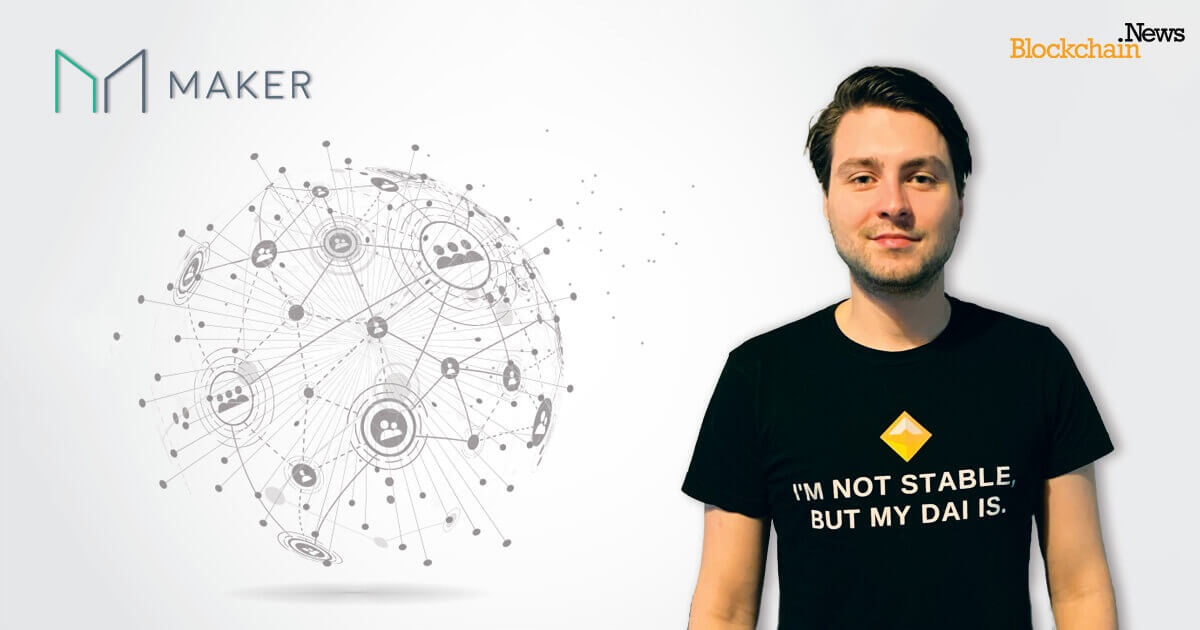 In part three of our interview with Gustave Arentoft, Business Development, Dai Speaker, MakerDAO: he talks to Blockchain.News regarding the necessity for decentralized banking for the institutionally unbanked and regulatory requirements for operating across multiple jurisdictions.

Regulating on the Edges

Maker has users in over 120 separate and specifically financially regulated jurisdictions across the globe. To regulate a truly decentralized entity, such as Bitcoin or Ethereum, at its core to satisfy every local financial compliance protocol is basically “not possible” according to Arentoft. “We regulate where the lending protocols meet the jurisdiction. So with a decentralized product you don’t regulate the core but you regulate on the edges, the edges which meet the specific local jurisdiction.”

Maker has more than 400 different partnerships globally. These partners are already using DAI and collateralized debt positions (CDP), Arentoft stated that every single time a project is tied to any legal jurisdiction, compliance with local regulation must be made but he explained this process is often simplified by their active partners' foothold in that particular jurisdiction. He said, “For example, one of our partners is Wirex, which is a debit card company, and they have an e-money license in the UK to operate—so that's one way Maker becomes regulated in regards to the UK’s jurisdiction as that company uses our product within the local regulatory guidelines. Regulation is something that we're really on the forefront with and we try to ensure that we won't get ourselves or any of our partners in trouble with regulators.”

Education is the Key

In regards to regulators, Arentoft believes that they have been labeled as having fairly negative approaches to crypto and token regulation, whereas he feels it is more a matter of education at this point and that it is a necessity for developers to be a part of the growing conversation. On meeting the regulators at the Singapore FinTech Festival, he said, “I felt that they really wanted to learn and explore this space not just reject it.”

Maker were invited to present on the future of sustainable finance by the Asian Development Bank a week prior to the Singapore FinTech Festival. Arentoft again highlighted that there is an outsider perception that DeFi organizations are met with nothing but vitriol from the central banks who are perceived as only viewing the technology as a threat to their traditional institutions. He stated, “41 central banks were present and what they actually are focused on is that we have the ability to serve people that banks had previously deemed too unprofitable to service. For banks to set up an affiliate abroad is a very expensive process compared to downloading an app on your smartphone.” He added, “If you look at the predicted increasing smartphone adoption rate for the next few years, it will allow us to work together with these banks in areas that require our operations to bank the unbanked—our mission is to help these people after all.”