China’s Central Bank – the People’s Bank of China (PBOC) – has announced that the number of users of its digital yuan wallets, also popularly recognized as the e-CNY, has risen by more than six times over the past four months. 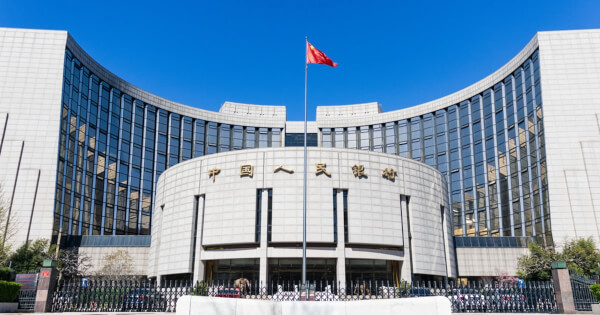 Speaking at the Hong Kong Fintech Week conference on Wednesday, November 3, Mu Changchun, the Director-General of China’s Central Bank Digital Currency Research Institute at the People’s Bank of China, said that 140 million users in the country have activated the digital yuan wallets.

Mr. Mu stated that that figure represents 10% of China’s entire population and has significantly risen since July when the PBoC mentioned in its first-ever digital yuan white-paper that 20 million retail users had activated e-CYN wallets as of June 30.

The executive director also stated that the volume of transactions made through the digital yuan wallets has increased to 150 million, worth a total of 62 billion yuan ($9.7 billion).

What’s Next for China’s CBDC project?

While such developments have recently happened, Mr. Mu stated that there is not yet a specific launch plan for the digital RMB (e-CNY).

However, Mr. Mu mentioned three areas where more work is required to do.  He stated the first area, which is to expand the capacity of the digital renminbi. Although China has already developed a wide variety of wallets and numerous use cases, Mr. Mu stated that more work is needed to expand it further, saying that it is being built for “all merchants.”

Many digital yuan pilot projects have been at the consumer level, and now the PBoC is beginning to pay attention to where money is coming from – businesses.

Mr. Mu further mentioned the second area, which is the ongoing task to enhance security and risk management, and these apply to the entire life-cycle of the digital yuan wallet, including data security, financial information security, encryption algorithm security, and ensuring business continuity.

Mr. Mu finally talked about the regulatory framework as an area where the PBoC is still working. He highlighted a revised draft of the People’s Bank of China Law that includes the renminbi in physical and digital forms, but stated that “regulatory measures for eCNY need to be tailormade.”