Video game retailer GameStop Corp announced Monday the launch of a public beta version of a non-fungible token (NFT) marketplace amid the downturn of the crypto market. 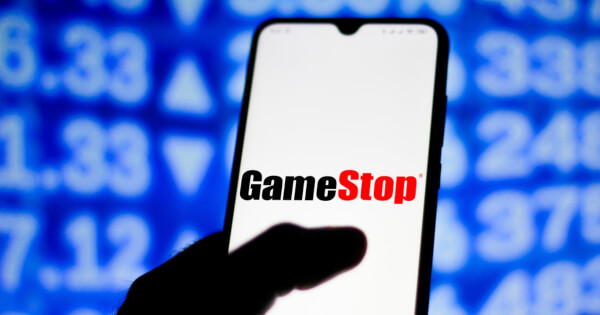 The company's NFT marketplace is a non-custodial, Ethereum-based layer 2 marketplace that enables parties to truly own their digital assets, which are represented and secured on the blockchain. Users are allowed to connect to their own digital asset wallets such as the recently launched GameStop Wallet, according to the statement.

The new feature product just come amid the downturn of the crypto market. Currently, there are 236 NFT collections on the public beta NFT marketplace, and more than 53,000 NFTs listed on the marketplace.

Clients can use this Ethereum Layer 2-based non-custodial application to buy, sell and trade NFTs related to digital assets used in various games.

The marketplace would also provide essential statistics and educational content for customers to enjoy the connection between their wallet and the marketplace.

As Loopring zkRollup is based on Ethereum's self-hosted security while extracting expensive gas fees, it reduces customer costs.

The company's stock soared unusually back in January this year as it unveiled its grand entry into the crypto and NFT ecosystem.

Previously, GameStop partnered with blockchain company Immutable X to build a marketplace for NFTs, which they expect to launch later this year.

This launch is a public beta, and the full version of the NFT marketplace may be released in the near future.

The Saudis NFT Sold out within Hours