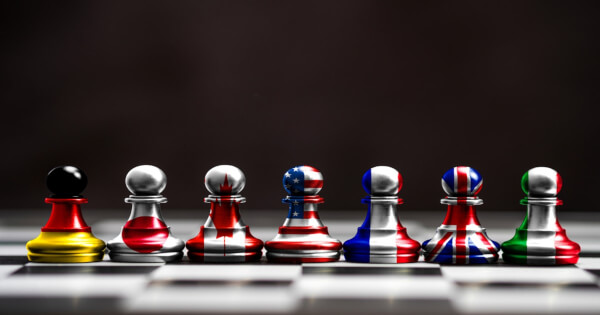 The G7 is an inter-government cooperation of seven of the world’s largest economies—the United States, Canada, France, Germany, Italy, Japan, and the United Kingdom.

Britain will chair the meeting of G7 finance ministers and central bank governors to try to map a way out of the global economic crisis inflicted by COVID-19 and find a solution to an international tax wrangle.

As announced by Japan’s Minister Aso, the meeting will begin with the G7 leaders discussing the implementation of digital taxation and emerging debt problems and will also include CBDC.

The G7 announced last October that the regulation of digital currencies was now a priority of the group and have called for legislation to govern digital payments.

The G7 statement released last October statement also highlighted that the adoption of CBDC’s could create significant efficiency savings and greatly reduce friction in the payments sectors of its member states.

Facebook’s Libra Launch Will Be Halted Until Proper Regulations Are Set, According to G7 Draft