French Man Who Paid $500,000 In Bitcoin to Activists Involved in US Capitol Hill Riot Leaves Behind A Suicide Note

Investigations of the US Capitol Hill riot indicate that payments in Bitcoin worth over $500,000 (around 28.15 Bitcoins) were distributed to 22 different digital wallets. Most of them belonged to internet personalities and far-right activists, and the payments were made right before the storming of Capitol Hill. 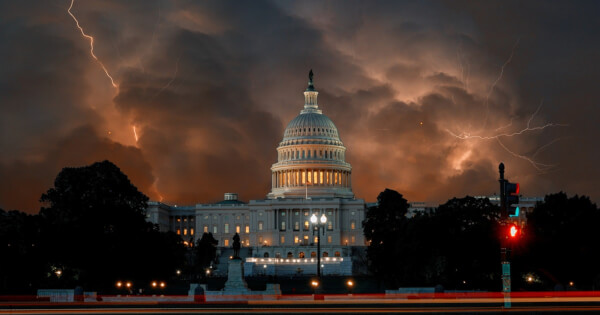 A French donor, who is a computer programmer by profession, was the one who donated and transferred the amounts into foreign accounts of far-right activists and personalities including that of internet celebrity Nick Fuentes.

A report reveals that the French donor left a suicide note a day after he transferred the donations to the right-wing activists and organizations. However, it is yet to be established if the French computer programmer is dead or still alive. The report shows that the mystery donor left the suicide note on a personal blog a day after he transferred the Bitcoin donations.

In the suicide note, the French computer programmer, who associated his Bitcoin address with the pseudonym “pankkake”, revealed that his health difficulties caused him to take such extreme actions. He further stated that he has "bequeathed [his] fortune to certain causes and certain people." In other sections of his blog, the donor talked about the collapse of the “Western civilization,” that made him hate his heritage and ancestors. The anonymous donor wrote:

"I care about what happens after my death. That's why I decided to leave my modest wealth to certain causes and people."

Chainalysis blockchain and cryptocurrency analysis firm conducted investigations into the Bitcoin transfer and identified that Trump supporter and internet personality Nick Fuentes was the largest beneficiary of the donations. He obtained 13.5 Bitcoin worth around $250,000.

Chainalysis said that it cannot be determined for sure whether the funds from the French donor assisted in financing the US Capitol Hill riot. However, Acting US attorney, Michael Sherwin, stated that the investigation into the matter has so far rendered it as unprecedented, with prosecutors treating the case as a counterintelligence or counterterrorism investigation.

Why the Capitol Hill Riot Happened

On January 6, a mob of supporters of President Trump stormed the U.S Capitol Hill building in an attempt to overturn his defeat in the recently concluded presidential elections. The mob stormed the building to disrupt the Electoral college vote count by a joint session of Congress in a bid to prevent the formalization of president-elect Joe Biden’s election victory.

The protesters became violent as they struggled with police officers to take the building under hostage. Following the political violence, social medial platforms such as Facebook and Twitter decided to shut down President Trump’s accounts as many of his posts have been seen as gateways that "incite insurrection against a democratically elected government", and that has served to trigger violent acts.