The $25 million 2017 Centra Tech ICO court case has finally resulted in a verdict against one of the co-founders who pleaded guilty to fraud yesterday. The other founders are still awaiting trial. 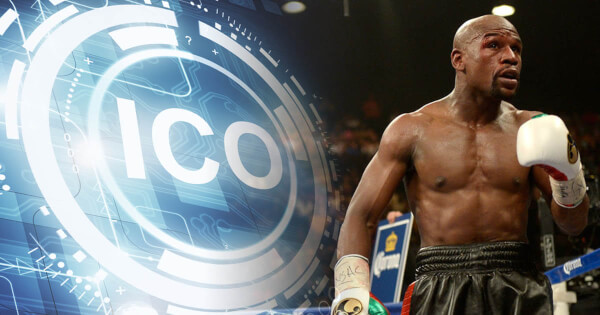 Robert Joseph Farkas is one of the co-founders of Miami-based crypto startup Centra Tech, which managed to raise more than $25 million in an initial coin offering (ICO) in 2017 thanks to some high-profile celebrity shilling. Yesterday, Farkas pled guilty for his role in securities fraud.

One of the key’s to Centra Tech’s ability to raise the astonishing $25 million was its use of high-profile celebrity endorsement. The Miami-based crypto start-up cut deals with the undefeated boxer Floyd “Money” Mayweather and music icon DJ Khaled to promote its Initial Coin Offering (ICO). The purported aim of the ICO was to develop a product called a Centra Card which was supposedly able to use VISA and Mastercard terminals to make payments with cryptocurrency.

According to the US Federal Bureau of Investigation (FBI) the entire operation was a massive fraud complete with Centra Tech creating non-existent individuals for its executive team. It was also very quickly determined that the company never had relationships with either VISA or Mastercard and did not hold any valid licenses in most US states.

In April 2018, the Securities and Exchange Commission (SEC) filed a civil action against Centra Tech’s founders, alleging that the ICO was fraudulent. The U.S. Attorney's Office for the Southern District of New York filed parallel criminal charges.

In November 2018, the SEC announced that it had settled charges against professional boxer Floyd Mayweather Jr. and music producer Khaled Khaled, known as DJ Khaled, for failing to disclose payments they had received for promoting investments in Centra Tech’s ICO. These are the SEC's first cases to charge touting violations involving ICOs.

The SEC's orders found that Mayweather failed to disclose promotional payments from three ICO issuers, including $100,000 from Centra Tech Inc., and that Khaled failed to disclose a $50,000 payment from Centra Tech, which he touted on his social media accounts as a "Game changer." Mayweather's promotions included a message to his Twitter followers that Centra's ICO "starts in a few hours. Get yours before they sell out, I got mine…"

On June 17 2020, Robert Farkas, one of the co-founders of Centra Tech plead guilty for the 2017 ICO which raised $25 million and was determined as the unauthorized sale of unregistered securities.

Farkas, 33, pled guilty to two charges, each of which carries a maximum sentence of five years in prison. His sentencing date has not been set but it has been reported that Farkas has agreed to a plea agreement that calls for a sentence between 70 and 87 months and a fine of up to $250,000.

In the official statement, United States attorney Craig Stewart said, “Farkas and his co-conspirators duped ICO investors into investing digital currency worth millions of dollars based on fictitious claims about their company, including misrepresentations relating to its purported digital technologies and its relationships with legitimate businesses in the financial services sector,” He continued, “Whether in the context of traditional equity IPOs or newer cryptocurrency-related ICOs, raising capital through lies and deceit is a crime.”

With Farkas now ruled upon for his involvement - his co-defendants, Sohrab Sharma and Raymond Trapani, are due to appear in court later this year, in November.