The 13th Asian Financial Forum, taking place as a two-day event starting on Jan. 13, 2020, in Hong Kong, gathering the most influential leaders of the global financial, government, and business sectors, groundbreaking discussions on inclusiveness, innovation, and fintech. 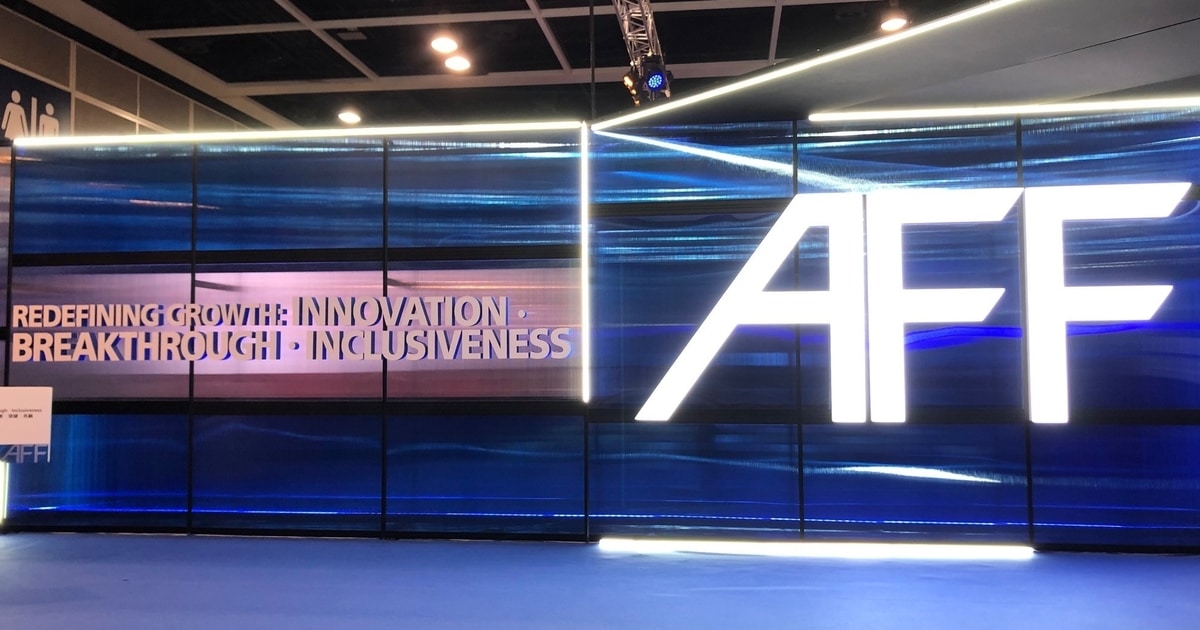 Fintech as one of the high priority sectors in Hong Kong

In the opening session of the forum, the Chief Executive of Hong Kong, Carrie Lam, gave a speech acknowledging that Hong Kong has faced challenges and economic turmoil in the past year due to anti-government protests, as well as the US-China trade war. However, she defends the city’s financial system saying that the city’s financial systems “have not been undermined although we have experienced considerable unrest and challenges in recent months.” She added that financial technology would remain one of the high priority sectors in the city. Having issued eight virtual banking licenses and two virtual insurer licenses, according to Lam, the instant payment system launched in 2018 has reached US$307 million in total transactions every day.

Paul Chan, the Financial Secretary of Hong Kong, gave a short speech at the Keynote Luncheon at the forum. While tackling the challenges for Hong Kong, especially the social unrest affecting the financial market Chan emphasized the importance of “finding the path for a renewed prosperity and to make progress.” Hong Kong has been providing seamless financial connections to Mainland China, the Middle East, North America, and Europe. “Banking systems are still running smoothly, with ample liquidity as well,” he added. Green finance has also been an area of focus going forward, and fintech is an area that the government is striving to accept. He concluded, “Hong Kong is and will remain the business bridge between the Mainland and the rest of the world, count on Hong Kong to help you build your business in the Mainland.”

In the plenary session, “Redefining Growth: Innovation ∙ Breakthrough ∙ Inclusiveness,” the Hungarian Minister of Foreign Affairs and Trade spoke about enhancing financial inclusiveness in the nation. According to Péter Szijjártó, in the last ten years, the national economy has changed rapidly, due to the role of policies in the nation. “Ten years ago, Hungary ranked 28 out of 28 in terms of economic growth in the European Union (EU), and at the end of 2019, Hungary ranked number one in economic growth,” said Szijjártó. He explained that the nation carried out an unorthodox strategy on the economy that led to the improvement of its performance. 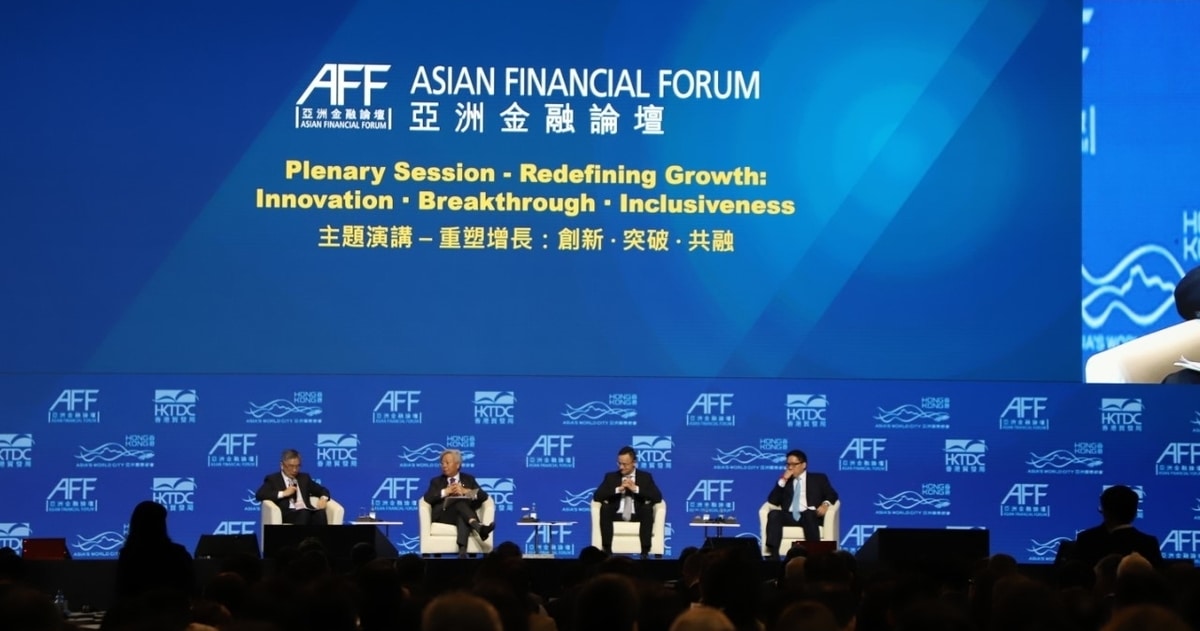 The minister added that the elimination of the tax system and implementing a flat tax system was the key for the nation on becoming the leader of the economic growth rates in the EU. “Entering the digital era, jobs require higher skills and higher skills require higher salaries. Students will be having the necessary skills to join the labor market’ we have a clear target to become the first 5G hub in Central Europe,” he explained.

Dr. Uttama Savanayana, Thailand’s Minister of Finance, stated that the most important aspect of the national investment strategy is a reform. Thailand launched a reform agenda as a core part of the national investment strategy, to drive for an inclusive financial sector, and innovation. He added, “We can foster innovation in a friendly ecosystem, through our reform strategy.” With its national e-payment system, Promptpay, Savanayana believes that it will provide opportunities for the financial sector, innovation, and will also foster startups. He concluded that Thailand’s infrastructure will bridge all areas in the country, and promote inclusiveness as a first step to sustainable growth.

In the policy dialogue session focusing on the global outlook and opportunities in the financial sector in 2020, the moderator of the panel Arthur Yuen, the Deputy Chief Executive of the Hong Kong Monetary Authority (HKMA), suggested that fintech knowledge has the potential to bring down the costs in the financial services sector, hence making the industry more accessible. With the growth of virtual banks in Hong Kong, there have been more suggestions made to the regulator in using stablecoins as a method of cross-border payment, which also brought a lot of risk factors that the authority needs to pay attention to, including cybersecurity, regulation advisory framework, and regulation technology (regtech).

Martin Raiser, the Country Director for China and Mongolia, and Director for Korea and the World Bank Group stated that 50% of citizens from low-income countries do not have bank accounts, and of this cohort, two-thirds are women. With financial inclusion, this cohort is a target group to keep in mind. Most of their payments are for agricultural goods, government transfers, remittances, that are received in the form of cash. According to Raiser, this creates opportunities for fintech companies to cater to this market, to lower access barriers, and the cost of financial transactions. There has also been a surge of mobile-based banking transactions in sub-Saharan Africa.

Disruptive technology could serve to change the landscape for the financial sector, and for regulators in the industry. From a risk perspective, Raiser believes that there is competition among services in the platform-based industry. Other risks include data protection, cybersecurity, managing the credit cycle, as it is not currently part of the financial system. There is a need for stronger international cooperation, as regulation around new disruptive technology should be regulated globally. 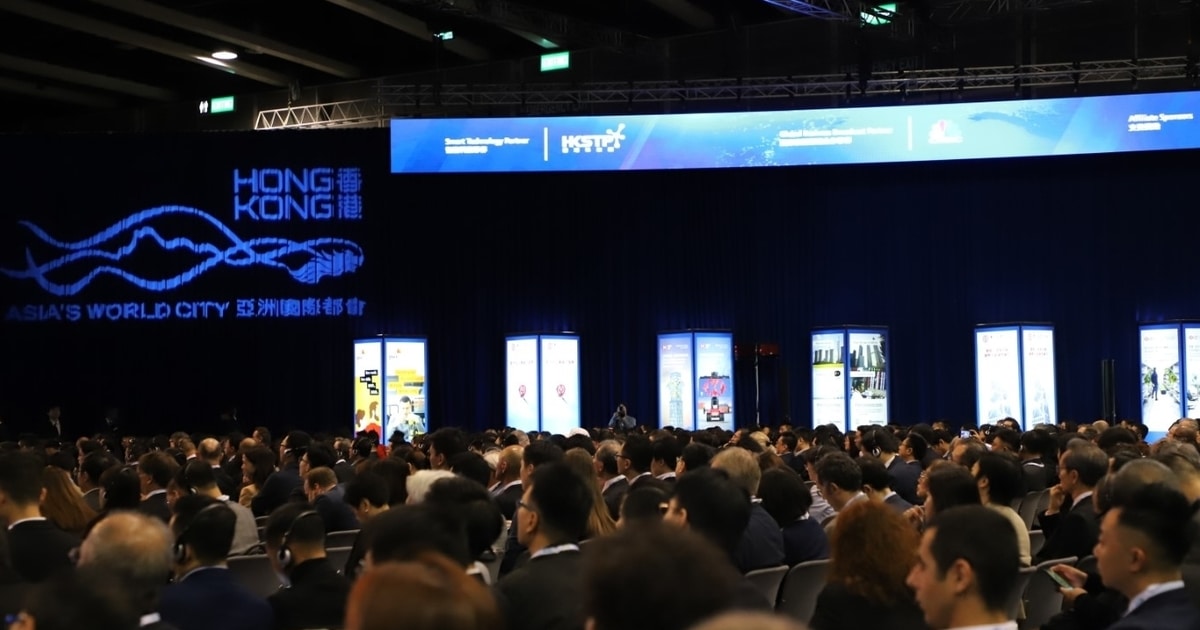 “Financial inclusion is a promise that fintech holds, blockchain can bring secure transactions, we see an opportunity here, risks must be managed,” said Raiser. “We are going to see new structural changes, some fintechs need to show that they are sustainable,” as most fintech companies have sought investment in the past.

If Libra succeeds, similar projects would be initiated in the future

Burkhard Balz, Member of the Executive Board of Deutsche Bundesbank, mentioned that it has been observed that there has been an increase in the use of digital payment solutions, especially from the BigTech side. Balz touched on Facebook’s Libra stablecoin, saying, “Facebook’s Libra has led to a flurry of activity around the globe. If Libra was successfully introduced, it could become relevant to central banks, as it is necessary that central banks and regulators have a close eye on this project.” The European Council and the European Commission say that no global stablecoin arrangement should be launched unless the risks have been adequately identified and addressed. Guaranteeing a level-playing field between Libra and other competitors, Balz said, “If Libra gets off the ground, similar initiatives will be started in the future." He concluded that central banks and supervisors need to review their existing regulatory framework. “If we find that it contains loopholes for fintechs, we need to develop it quickly, and it is important that regulators around the globe work together, as we cannot regulate a global initiative nationally. What is the alternative here – there really is a need for regulators to cooperate on a global basis.”