According to a Bloomberg report, Estonia has revoked licenses from 500 crypto companies. This is an estimate of 30% of the entire number of approved crypto companies in the country. Regulatory authorities embarked on such a massive action as part of combating illicit financial transactions after Danske Bank was associated with a $220 billion money-laundering scandal. 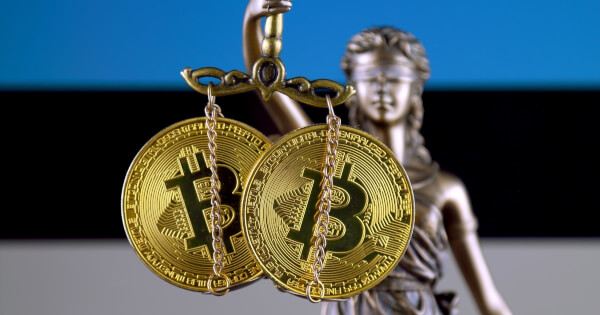 The regulator has crypto in its sights

Madis Reimand, the Head of the Estonian Financial Intelligence Unit (FIU), said that the crackdown was a pre-emptive strike meant to clean up the crypto industry. The FIU is responsible for the issuance of licenses. Reimand mentioned that the idea is not to ban the crypto sector at all, but rather to tighten regulations so that to prevent risks connected with money laundering.

The regulator has shut down firms that failed to begin operations in the country within six months of obtaining a license.

Reimand stated: “This is a first step in tidying up the market, allowing us to take care of the most urgent issues by permitting operations only for companies that can be subjected to Estonian supervision and coercive measures.”

The massive crackdown comes after Danske Bank, Denmark’s largest lender, was facing allegations of being involved in a money-laundering scandal. The bank was accused of facilitating $223 billion of laundered money through its branch in Estonia. The scandal exposed core flaws in the authorities, thus forcing them to turn attention to cryptocurrency companies, a sector regarded as high risk.

Until now Estonia has been a haven for cryptocurrency firms. The nation is among the first countries in Europe to liberalize cryptocurrency in 2017, licensing over 1,400 companies within three years.

But regulatory authorities have become stricter to curtail international risks associated with money laundering. Recently the Estonian parliament passed a law, which makes it difficult to get a crypto license.

The new regulations state that permits will now be given after three months at a cost of €3,00 ($3,715). In the past, it took 30 days to get the same license for €300. Crypto firms registered in Estonia will also have to register their entities operating outside the country. Reimand warned that more than 50% of the remaining crypto firms may lose their license because they have no operations in Estonia and their managers are outside of the country.

Thanks to blockchain innovation. In recent years, cryptos have exploded in popularity. Startups have raised millions of dollars to issue digital currencies in exchange of money. Anyone with a digital wallet and an internet connection can be a part of a coin sale business startup. That leaves plenty of opportunities for people to commit financial terrorism activities or launder money, especially in nations where corruption is rampant.