Do Europeans want a decentralized digital euro that does not rely on the central bank or a trusted central intermediary? 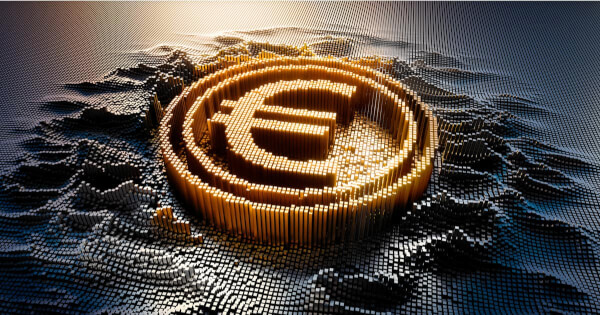 The European Central Bank is asking for public opinion with a new survey on the potential and public sentiment of a decentralized digital euro.

On Nov 1, Christine Lagarde, the President of the European Central Bank (ECB) launched a public consultation survey to gather citizen’s thoughts and feedback on the potential of a digital euro.

In a Tweet, ECB President Lagarde posted a link to the survey and said:

“We’ve started exploring the possibility of launching a digital euro. As Europeans are increasingly turning to digital in the ways they spend, save and invest, we should be prepared to issue a digital euro, if needed. I’m also keen to hear your views on it.”

The ECB President’s tweeted survey asks respondents to rank their preferences for a digital euro including what the public would expect for a CBDC in terms of services, functionalities and use cases.

In a follow-up Tweet, Lagarde posted a video and highlighted that through the survey:

“Europeans can actually express their preference and tell us whether they would be happy to use a digital euro just in the way they use a euro coin or a euro banknote, knowing that it is central bank money that is available and that they can rely upon.”

The Euro Central Bank’s public consultation survey asks European’s to rank their preference for the digital euro to be decentralized or controlled by the Central bank.

The survey outlines that there are two approaches that can be taken to make a digital euro work—"one that requires intermediaries to process the payment and one that doesn’t.”

In the most likely issuance of the digital euro, it is expected that the central bank or trusted financial intermediaries would be responsible for the record the transactions.

The other method that the ECB describes for digital euro governance is decentralized, meaning it has no need for the European central bank or an “intermediary to be involved in the processing of every single payment.”

The ECB explains that a decentralized version of the digital euro would “feel closer to cash payments, but in digital form – you would be able to use the digital euro even when not connected to the internet, and your privacy and personal data would be better protected.”

This is an interesting and surprising approach by the ECB, and would bring the digital euro closer to cryptocurrency like Bitcoin, which was essentially built to end the reliance of the financial system on central banks.

While central bank digital currencies will have the speed and practicality of cryptocurrency, opposition to crypto is fundamentally why CBDC will soon exist and philosophically they are the antithesis of everything that Bitcoin was created for—to escape the constraints of a broken financial system, empower individuals with financial autonomy, and to bring transparency and trust to finance.