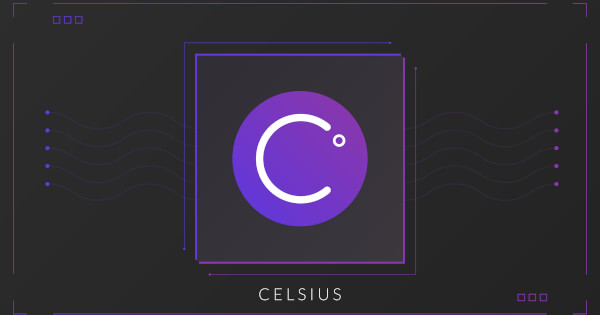 According to the Celsius announcement, this funding round is led by WestCap, a growth equity firm, and Caisse de dépôt et placement du Québec (CDPQ), a global investment group. The valuation of Celsius is now placed at $3 billion following the funding round and effectively places it amongst the elite crypto unicorns.

“We are pleased by the response we received from many leading financial investors during this fundraise. The partnership with WestCap and CDPQ puts Celsius in a position to grow and further its mission to leverage blockchain technology to connect and decentralize the traditional finance,” said Alex Mashinsky, CEO of Celsius Network.

The big-name backing came despite the ongoing regulatory struggle the company is having in administering its products in key states in the United States, including Alabama, Texas, and New Jersey. According to the investors, these struggles are temporary, and Celsius’s business strategies will still foster growth even if regulators stop its flagship lending product.

“While the current regulatory attention is new, Alex Mashinsky and Celsius’ ethos has long echoed the sentiment regulators are trying to put forth in terms of consumer protections. Celsius is committed to working constructively with regulators to understand the dynamic crypto space better, protect retail customers from fraud and undue risk, and create general consumer knowledge to allow for thoughtful investment decisions,” said Laurence A. Tosi, Founder and Managing Partner at WestCap.

Since its inception back in 2017, Celsius has grown its business and has more than 1 million active customers using its platform, with a total of $25 billion in total assets transacted. The boost from investors is billed to aid the company’s diversification from its core lending products that offer 17% on deposits to its “discretionary trading” of cryptocurrencies, including “speculative trades” on price movements.

Cutting across both federal and regional regulators and watchdogs in the U.S. are increasingly warning against crypto platforms whose offer lending products, which they suggest these products are closely related to security offerings. The SEC has stopped Coinbase from offering its proposed savings products back in September to wade off avoidable lawsuits.

With cryptocurrency outfits being squeezed in per the restrictions to the products they can offer, many may clamour for additional regulations to be defined in the coming days to avoid future conflicts of interest.