Cryptocurrency exchange Huobi has reportedly been planning a reverse initial public offering (IPO) according to a document revealed by the Hong Kong Stock Exchange (HKEX).

In a notice published on September 10, the Hong Kong-listed electronics manufacturer Pantronics Holdings Limited, which was a company that was acquired by Huobi in 2018, uncovered that it would be renamed to Huobi Technology Holdings Limited. 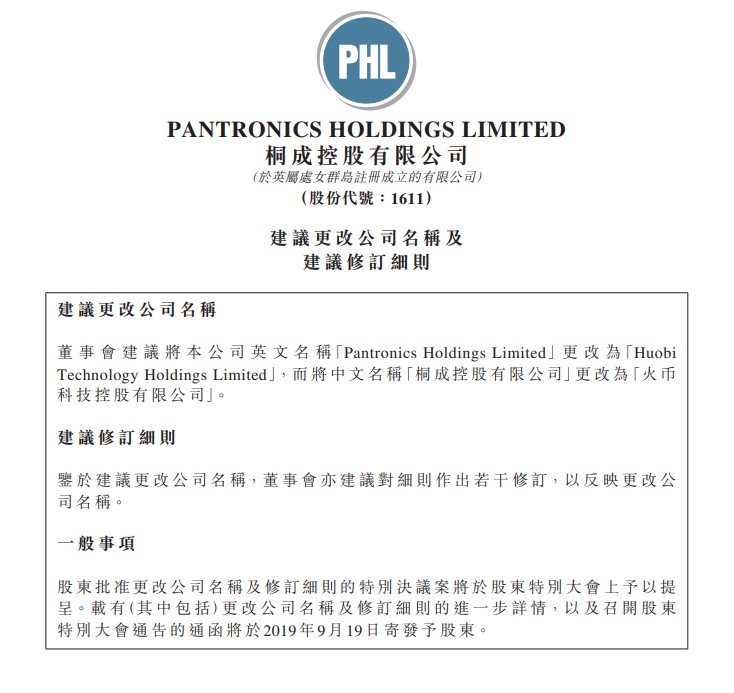 According to the disclosed documents, the company transferred more than 221 million ordinary shares in favor of the Huobi Group at the acquisition stage. Resulting in a $77 million deal, Huobi became Pantronic’s largest shareholder with more than a 73 percent stake. It has been assumed that the ultimate goal of the deal was to allow Huobi to conduct a reverse IPO in Hong Kong.

Stricter regulations on reverse IPOs from the HKEX planned ahead for October 1 may affect the company’s move. HKEX stated that it would change current regulations, meaning it would be harder for those that acquire a publicly listed company in different industries based in Hong Kong.