Citi, a leading American multinational investment bank, expects the metaverse to be worth between $8 trillion and $13 trillion by 2030. 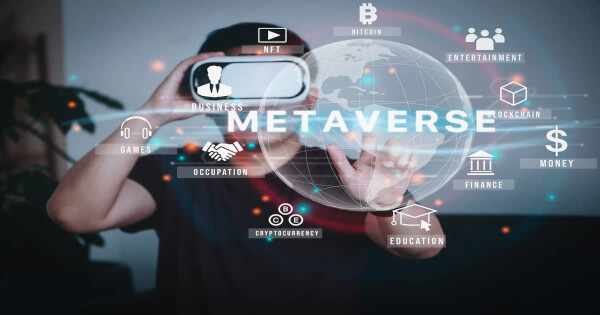 Despite the metaverse concept being around for a few decades, interest in the virtual world gained steam at the end of 2021 based on the exponential growth of non-fungible tokens (NFTs).

In accordance with a report dubbed “Metaverse and Money, Decrypting the Future,” Citi believes that metaverse users will have grown to 5 billion by 2030. Per the study:

“Users should increasingly be able to access a host of use cases, including commerce, art, media, advertising, healthcare, and social collaboration. A device-agnostic metaverse would be accessible via personal computers, game consoles, and smartphones, resulting in a large ecosystem.”

As the next iteration of the internet or Web3, Citi expects the metaverse to move away from the confines of a video game played on a virtual reality (VR) headset to become an “Open Metaverse” that will be owned and governed by a community.

Furthermore, the metaverse will consist of a freely interoperable version, which prompts privacy by design.

Citi noted that for the metaverse to get to the speculated market level, it will require significant infrastructural developments and investments. Per the report:

“The content streaming environment of the Metaverse will likely require a computational efficiency improvement of over 1,000x today’s levels. Investment will be needed in areas such as compute, storage, network infrastructure, consumer hardware, and game development platforms.”

For a frictionless user experience in the metaverse, Citi believes a seamless exchange and interoperability between the underlying blockchain technology will be required.

“We believe the metaverse may be the next generation of the internet - combining the physical and digital world in a persistent and immersive manner - and not purely a virtual reality world.”

The report noted that the metaverse would enhance current activities like commerce, education and training, entertainment and media, and manufacturing and enterprise.