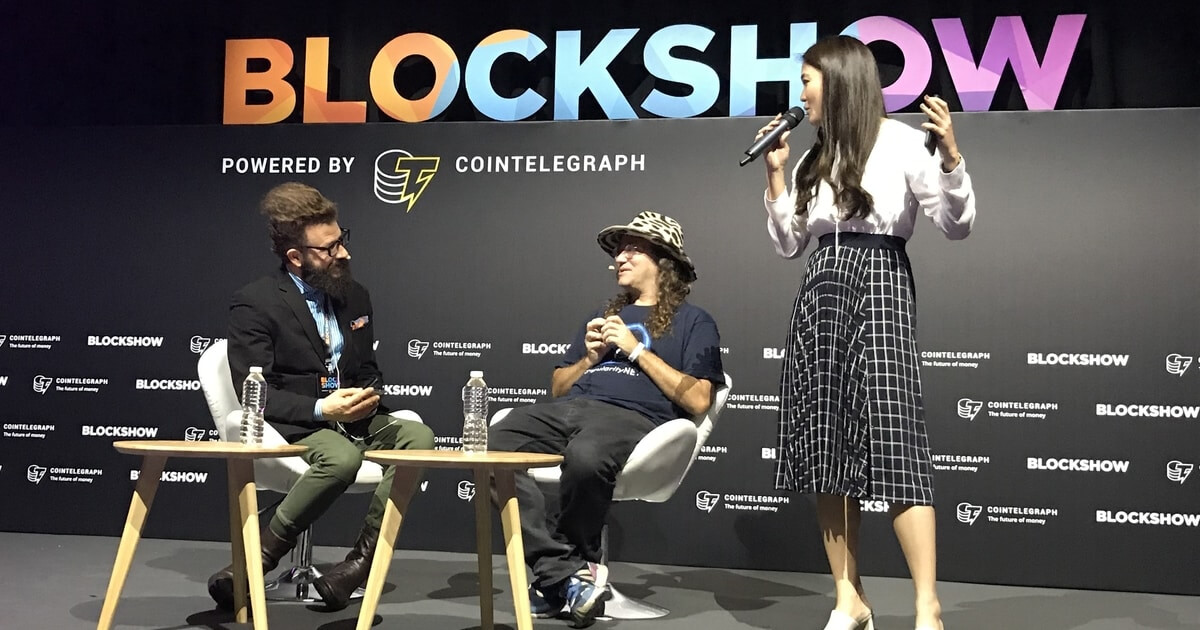 Since the dawn of the fourth industrial revolution in the late 2000s, artificial intelligence (AI) has been one of the most discussed and misunderstood technologies. For many, it seems the term itself is too closely linked to popular culture and science fiction, causing unrealistic anxiety about AI replacing our human workforce as well as improbable expectations regarding the limits of the technology.

AI tools generally present a range of new functionality for businesses, and many processes have to this day been automated, however, the use of artificial intelligence that you are likely to encounter is still fairly limited. While AI does describe the simulation of human intelligence by machines, most AI we encounter in our day to day lives are, such as Apple’s Siri or Amazon’s Alexa, described as ‘narrow AI’ and are of relatively weak intelligence—capable of performing basic tasks within a very specific framework.

The AI capabilities discussed at the Blockshow 2019 will go far beyond this framework. Two of the leading innovators in this space, Dr Ben Goertzel, CEO, SingularityNET and Toufi Saliba, CEO, Toda.Network have both been working separately on a much stronger types AI within their blockchain networks. Powerful AI also known as artificial general intelligence (AGI)—AI systems with learning human cognitive abilities. When presented with an unfamiliar task, an AGI system is able to find a solution without human intervention.

Goertzel explained, “A SingularityNET network is a collection of “AI agents” that offer AI services to external clients and to other AI agents.” These AI agents can describe what services they offer, find other agents that meet given criteria and rate the quality of other agents thereby fostering the emergence of complexes of AI agents possessing a synergetic combined intelligence richer and greater than the sum of the intelligence of the component agents.

According to Goertzel, the union of SingularityNET and the Toda.Network—Todalarity—will be at the core of the “emerging global brain.” Todalarity is essentially a product accelerator that aims to help new AI startups to integrate their products into the TODA and SingularityNET blockchain ecosystems.

Saliba began his discussion by highlighting that if any of us were to search the terms blockchain, decentralized or AI—that 90% of the projects we would likely find would be “scams” that have no real future and a further 9% are not really innovating. He believes he has searched this space far and wide and has found his 1% in Dr. Goertzel. A quick comparison of their respective organizations' missions would confirm this compatibility.

Goertzel also acknowledged that the union is almost too perfect and that Toda.Network appears to be capable of overcoming the limitations he has found within the Ethereum blockchain, where his AI Agents currently exist. He described the Toda architecture as, “the next step in the evolution of the Internet of value.” I will defer further explanation of this partnership to Dr. Ben Goertzel who better explains the impetus in his recent blog post from Sept. 28.

Decentralizing Governance of the Global Brain

So why is it a necessity for Artificial Intelligence to have autonomous decentralized governance? Saliba explained it through a comparison to our smartphones. Today almost everyone has a smartphone. When smartphones emerged, many resisted them but soon found themselves uncompetitive in the market. It makes sense as a smartphone ultimately allows you access to the internet and a vast amount of information. Elon Musk has described modern people with smartphones as “cyborgs” but just with a slow connection. As mentioned above, smartphones already currently use narrow AI technology, notable apps like Siri but also in terms of predictive texts, search engine optimization, etc. In a sense, smartphones are intelligent. But for all that they provide, Saliba explained, “The way they are built today they can be controlled by a central agency.”

Saliba stated that the interesting thing is that we are all contributing to building centralized AI but when the day comes. Still, when the centralized technology is at its peak, we will not want to buy it; we will be looking for decentralized AI services instead.

Saliba hypothesized that smartphones of the future will likely be 8000 times more intelligent than people and may possibly come in the form of a weekly pill that we take to connect ourselves to the internet or global brain—this connection would essentially allow humans super intelligence. He conducted a quick straw poll with the crowd asking who in the room would take such a pill knowing that it could be overridden by a central agency. No hands were raised. He confirmed, “I usually get about zero percent on that question.”

Saliba then asked who would take a pill that still offered such amazing enhancements but was decentralized, meaning no one could override the host. “About 96.338 %,” he joked at the overwhelming show of hands in the audience. Saliba stated, “So there's the demand, and what we’re doing is setting the path towards proper autonomous decentralized governance so you can build a product that has a demand, and if it has a demand it will be profitable.”

Todalarity will launch in January of 2020 and will gather 100 of the most powerful AI engines from some of the best ventures in the world, and gathered in a single blockchain to give users access to the AI modifications they would like to leverage. Goertzel explained, “We're working with Cisco, PICC, Dominos, various large companies to get them on board, the decentralized AI ecosystem but in the end, it's not just about large enterprises. We need a robust startup ecosystem, building on all the decentralized platforms out there. And I think we can do something a lot more interesting than tech startups and the standard tech accelerators and incubators because the branding is something much more specific. What we're aiming at with Todalarity is to take, let's say, 100 startups with promising things that use AI or provide AI and basically help them to put their products into the decentralized ecosystem, which can be Singularity or it can be Toda.” He continued, “What we need is for all of the people who have amazing new ideas ready for AI, we don't want them to just be creating a startup to be acquired by a big company. You're going to be creating a startup that will provide to anyone in the world in a way that can be creatively utilized within the decentralized platform. So they can monetize their life without having to be acquired by a big company. And they can get smarter and smarter by the synergy with others as it connects to the decentralized network.”