BitFinex and Tether have officially spoken out against what they are describing as a baseless lawsuit, designed to undermine the cryptocurrency ecosystem. 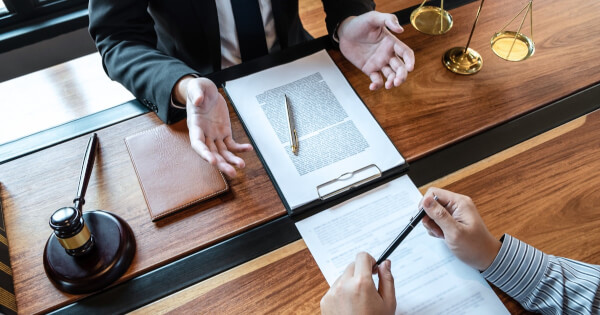 Roche Freedman, New York-based legal firm, filed a class-action lawsuit on behalf of those who own cryptocurrency against Bitfinex and Tether and others for crypto market manipulation and creating the largest bubble in history.

In the class-action suit, the New York-based legal firm alleged that Bitfinex and Tether had been involved in manipulating markets and concealing illicit proceeds, as stated in the tweet by the law firm’s founding partner, Kyle Roche.

The complaint filed with the United States District Court in the Southern District of New York stated that Bitfinex and Tether were involved in a sophisticated scheme to defraud investors. The complaint said that the action concerns a “part-fraud, part-pump-and-dump, and part-money laundering.”

In a release shared with Blockchain.News, Bitfinex, Tether, and their related entities have today officially rejected what they are calling ‘blatantly false allegations’ made in the consolidated class action lawsuit filed against them.

Stuart Hoegner, General Counsel for Bitfinex, said, “Even after taking three full months to amend their complaint, the plaintiffs’ allegations remain untethered to either the facts or the law. They conflate perceived correlation with causation in an effort to prop up theories that are untrue and unsupportable.”

The release highlighted that the plaintiffs’ accusations started with an academic paper whose authors were forced to walk back their central claims. According to the defendants, the only consistency in the arguments leveled against them is the complete lack of evidence, and claim that the Plaintiffs cherry-pick pieces of information and string them together to weave an elaborate narrative unsupported by evidence.

“While suggesting the sheer size of the demand for Tether coupled with changes in the market clearly led to only one conclusion – market manipulation – plaintiffs disregarded the actual workings and financial backing of Tether, the operations of Bitfinex, general principles of supply and demand, and publicly available research that confirms there was no manipulation,” confirmed Hoegner. “If you see a group of people opening umbrellas, that doesn’t mean that they caused it to rain.”

“Tether is proud to play a critical role in the digital token ecosystem. This meritless lawsuit is an insult to the ingenuity of Tether’s customers, as well as the success and innovation of the industry and all who play a role in it. Bitfinex and Tether will vigorously defend themselves, their customers, their stakeholders, and the crypto community against these unfounded allegations and continue to counter fiction with facts,” said Hoegner.

Demand For Stablecoins Up

On-chain activity for stablecoins has surged over the last year, increasing by 800% according to market intelligence, but could the increase in stablecoin issuance create inflation in the cryptocurrency markets as past allegations against Tether and Bitfinex have suggested?

Completely counter to these kind allegations, the official release cites that Tether was created to establish stability – not volatility – in the cryptocurrency market. The first financial technology company to issue a “stablecoin,” USDT tokens are pegged 1:1 to the U.S. dollar, backed by Tether’s reserves. The market demand for this stablecoin has increased significantly, with more than nine billion Tether in circulation today.