Wild price swings have seen Bitcoin (BTC) breach the $40,000 for the first time in its twelve-year history. 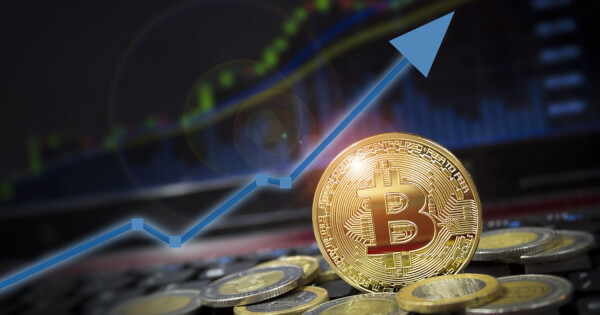 Currently, the largest cryptocurrency by market capitalization has retracted to $38,647 at press time. This bull run has seen BTC skyrocket by nearly 952% since it plummeted to around $3,800 in March last year, as the grappling effects of the coronavirus (Covid-19) continue to wreak havoc globally.

Market insights provider Unfolded has, however, noted that caution should not be thrown to the wind because currently, BTC's levels are euphoric, and a downward push may be inevitable. The data analyst noted:

The analysis shows that a price correction is imminent, as echoed by Panxora Group CEO Gavin Smith, who noted that it is not possible for BTC’s price action to move in a straight line. He said:

“While further growth is inevitable, investors should not expect this to move in a straight line. The reality is that bitcoin is far from being a magic money tree, nor is it free from downward price swings. In fact, we can expect dips as sharp as 25% at times as investors periodically withdraw profits.”

The current bull run has seen Bitcoin soar to levels not seen before as more participants jump on the BTC bandwagon. For instance, on-chain analytic firm Glassnode has said:

Despite the looming price correction that Bitcoin may undergo, crypto analyst Michael van de Poppe believes that the present bull cycle will be larger than expected. He stated:

“The entire bull cycle we're experiencing now will be way larger than anyone is expecting it to end too. Just like the $20,000 peak high was way higher than everyone expected in 2016/2017 to be the top on Bitcoin. That's how markets work.”

His sentiments come a day after the economist and crypto trader Alex Kruger revealed that Bitcoin is likely to never trade below $20,000 again as market corrections are expected to happen, which will mean that sharp price corrections will happen.