Bitcoin is the Gift that Keeps on Giving, says Tyler Winklevoss


Without a doubt, Bitcoin (BTC) has been the talk of the town based on its price rally that has made it reach levels never seen before. BTC price recently smashed the $24,000 mark, even though it has slumped by 5.374% to $22,564 at the time of writing, according to CoinMarketCap. 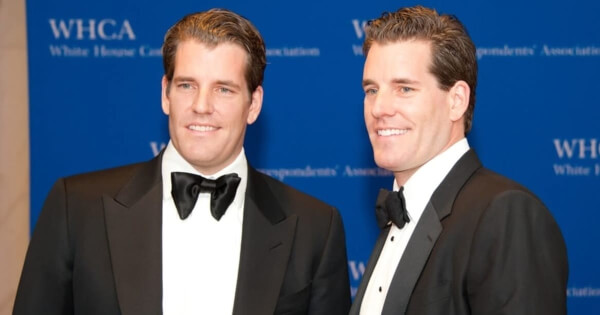 Bitcoin billionaire Tyler Winklevoss has taken to Twitter to tout the BTC horn by stipulating that the leading cryptocurrency is an asset, which continues to stretch its giving hand. The CEO of crypto exchange Gemini said:

“Bitcoin is the gift that keeps on giving.”

His sentiments can be echoed by the fact that BTC’s price nosedived to $3,800 in mid-march as the grappling effects of the coronavirus (COVID-19) continued to wreak havoc, and this necessitated measures like lockdowns and social distancing. However, things have changed because Bitcoin is set to close the year on a high after it recently smashed an all-time high (ATH) price of $20,000 it attained three years ago.

Tyler Winklevoss has been a notable BTC advocate. For instance, in September, he stated that Bitcoin was 10X better than gold because it was beating the latter at its own game. This explains why he recently poked BTC critic Peter Schiff after Bitcoin’s price surged past $20,000. Peter Schiff has become notorious for his criticism of Bitcoin’s true value and has become increasingly critical of comparisons of the crypto to safe-haven asset gold.

Institutional investors are continuing to make headlines based on their overwhelming interest in BTC. For instance, Nasdaq-listed MicroStrategy has announced another Bitcoin purchase worth $650 million. Crypto asset management firm Grayscale also revealed its BTC trust inflows were worth approximately $1 billion monthly.

This wave of institutional investments is one factor making Bitcoin’s price go through the roof as corporate giants seek to join the BTC bandwagon because of the fear of missing out (FOMO).