Big Investors Are Fueling Bitcoin’s Record-Breaking Rally, According to PWC

Bitcoin (BTC) has been on overdrive because it has been scaling heights not seen in its twelve-year existence. Top-four accounting firm PricewaterhouseCoopers (PwC) has acknowledged that big investors have been driving BTC’s price upwards based on their overwhelming appetite for the leading cryptocurrency. 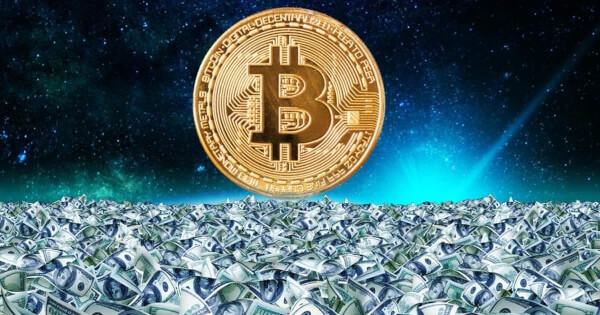 Institutional investors have been on a frenzy

“Bitcoin’s record-smashing rally seen in recent weeks was partly driven by the entry of more big, institutional investors into the market.”

“When you look at this Bitcoin rally that we have been seeing in the last couple of weeks and months, really, there’s two big elements driving it. One is the continuous entry of institutional players.”

Institutional investors have been on a massive spending spree instigated by factors like the fear of missing out (FOMO). For instance, Nasdaq-listed MicroStrategy recently added Bitcoin worth $650 million to its portfolio. Furthermore, Grayscale Investments has been making headlines as its total asset under management (AUM) stands at $19 billion with Bitcoin taking the bulk at $16.3 billion.

PwC alluded to the fact that institutional investors’ endorsement is watering down the skepticism by mainstream investors. As a result, confidence in the leading cryptocurrency has been pushed through the roof given that large financial companies like Fidelity and PayPal are making notable moves in the crypto space.

Retail investors also have a hand in the recent BTC rally. Arslanian acknowledged:

“A second development driving the current bitcoin rally is retail investors and their fear of missing out. A lot more people today have accounts on crypto exchanges than before as buying cryptocurrencies is easier now than before.”

Bitcoin’s existence in the financial scene is no longer in oblivion given that its rally towards $30,000 was recently featured on the front page of Financial Times.