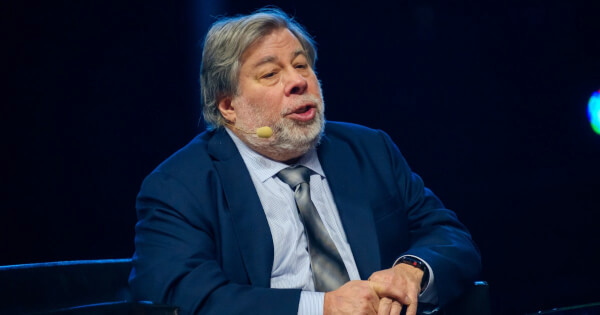 The overnight WOZX price rally make’s Steve Wozniak’s crypto the best performing digital asset on the market and Efforce now has a circulating market capitalization of over $75 million and is now the 131st largest crypto asset.

With a fully diluted valuation of $3.25 billion, WOZX is now one of the largest cryptocurrencies ever, according to data from CoinGecko.

Efforce is built on the Ethereum blockchain and is mainly trading on HBTC and Bithumb exchanges and Wozniak is listed as a co-founder and engineer at the company. The Apple co-founder is joined by a number of activists and pioneers in green technology.

Efforce is a digital marketplace that fosters funding for sustainable “green” infrastructure projects for corporates and its token is listed as WOZX.

The global energy efficiency market is valued at around $250 billion dollars and Efforce states its mission is to create access for retail and corporate investors to “participate and benefit from worldwide energy efficiency projects,” according to its official website.

Currently, financing energy efficiency measures can be a complex mix of financial and regulatory challenges that limit the speed of growth. Efforce reportedly uses an innovative web-based platform to leverage the blockchain, and tokens called WOZX, as the mechanisms to create a seamless platform to spur global energy efficiency.

In a statement at the token's launch in Dec 2019, Wozniak explained the impetus behind his venture into crypto:

"We created Efforce to be the first decentralized platform that enables everyone to participate and financially benefit from energy efficiency projects around the world and create significant environmental change."

While Wozniak has always been a Bitcoin believer and managed to buy in when the BTC price was at around $700 per coin. As he revealed to CNBC, the Apple co-founder, unfortunately, sold most of his stash at the end of the bull run of 2017 and 2018—he now holds only one Bitcoin.

At the time of the CNBC interview in 2018, Wozniak said he saw his Bitcoin investment as more of an experiment than anything but remarked on the natural evolution of Bitcoin. He said:

“Bitcoin is mathematically defined, there is a certain quantity of Bitcoin, there’s a way it’s distributed… and it’s pure and there’s no human running, there’s no company running and it’s just… growing and growing… and surviving”

The Apple co-founder's WOZX token was launched on December 3 on HBTC, one of the largest cryptocurrency exchanges in the world. Like Bitcoin, WOZX has a limited supply but a much larger one of 1 billion tokens. The token’s initial price was 0.1 dollars at the time of launch and reached 1.41 dollars per token and within just five days, the crypto’s price increasing in value by 1,400%.