World's Largest IPO Ant Group to Raise $34.4 Billion, What is behind it?


Alibaba founder and China's richest man Jack Ma is set to become even richer as Ant Group prepares for the largest IPO in history projected to raise $34.4 billion. 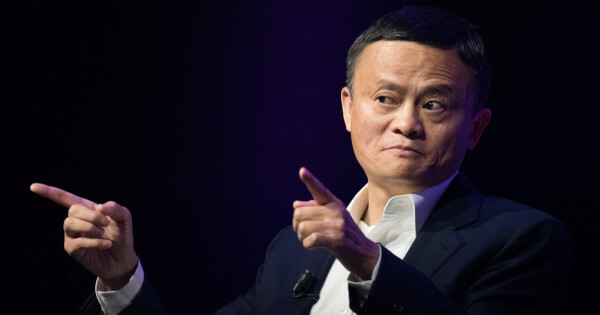 The IPO of Ant Group will raise around $34.4 billion which will increase the group's total value to over $310 billion, marking it the largest IPO surpassing Saudi Aramco's IPO of raising $29.4 billion. The Ant Group market cap will surpass Paypal as well which has a market cap of 200.43 billion on Oct 27 close.

What is Ant Group's mission?

Ant group describes its mission being to "enable all consumers and small businesses to have equal access to financial and other services through technology". The payment's technology and services are the major business focus' for Ant Group. In recent years, it expanded its financial services like lending and credit scoring. It will be a multi-functional financial institution combined services provided by banks, PayPal, and other institutions. Ant Group is an affiliate company of Alibaba Group and owner of Alipay, the largest online payment platform in China.

On Ant group's official website, it lists 5 technologies: Blockchain, IoT, Database, AI, Security technologies. Among these technologies, blockchain has the greatest potential to reshape financial industries and even the monetary industry. These technologies combined will help the Ant Group become a financial empire.

Bitcoin and the underlying technology blockchain have brought trustless money issuance, trustless finance, and even a trustless economy. Blockchain could be the best paradigm for new finance.

As for blockchain, Ant Group says with the technology, "We are establishing a next-generation trust mechanism while improving the efficiency of value transfer and multilateral collaboration."

Trust is the core in the modern financial industry, and even in the monetary system and in the economy. Actually, fiat money is a result of trust and issued based national credit. Commercial banks do monetary services with only a portion of money reserved in the central banks, thus creating much credit currency supply in markets.

The real challenges of Ant Group

Ant Group was once called Ant Financial. The new name is to highlight the technology innovation in finance instead of as a financial company. It also tries to avoid the sensitivity of strict financial regulations with the new name.

The essence of trust in finance is printing more money at a low cost. The finance trust is almost exclusively in hands of central banks and commercial banks and regulated by many rules. Trust is an extension of the power of government and financial oligarchy. the blockchain-based trustless mechanism of Ant Group, like other blockchain service providers, will remove the power residing in traditional financial systems. This will no doubt cause resistance from vested interests.

The real challenges for Ant Group are regulation uncertainty and distribution of benefits. The regulation stories of Facebook's Libra has shown us how regulation can stifle the disruptive project as well.

During the event organized by China Finance 40 Forum (CF40) on Oct 23, Jack Ma criticized financial regulations by saying that the:

Generally speaking, the core of Basel Accords is regulations on trust in banks. On financial problems, He further added:

"Today we are not unable to do it, but not to do it. Today, our technological development allows us to do this completely, but unfortunately, many people are unwilling to do it. Today's global financial system must be reformed, otherwise, it is not just a matter of losing opportunities, but also causing the world to fall into more chaos, because it is normal for innovation to be ahead of regulation, but when innovation is far ahead of regulation When the richness and depth of innovation far exceed regulatory imagination, it becomes abnormal, and society and the world will fall into chaos."

Ant group as a central bank?

The core functions of central banks are money supply and pricing money in terms of purchasing power through monetary policies.