Adam White, COO of Bakkt on the Custody Offerings and Future Roadmap 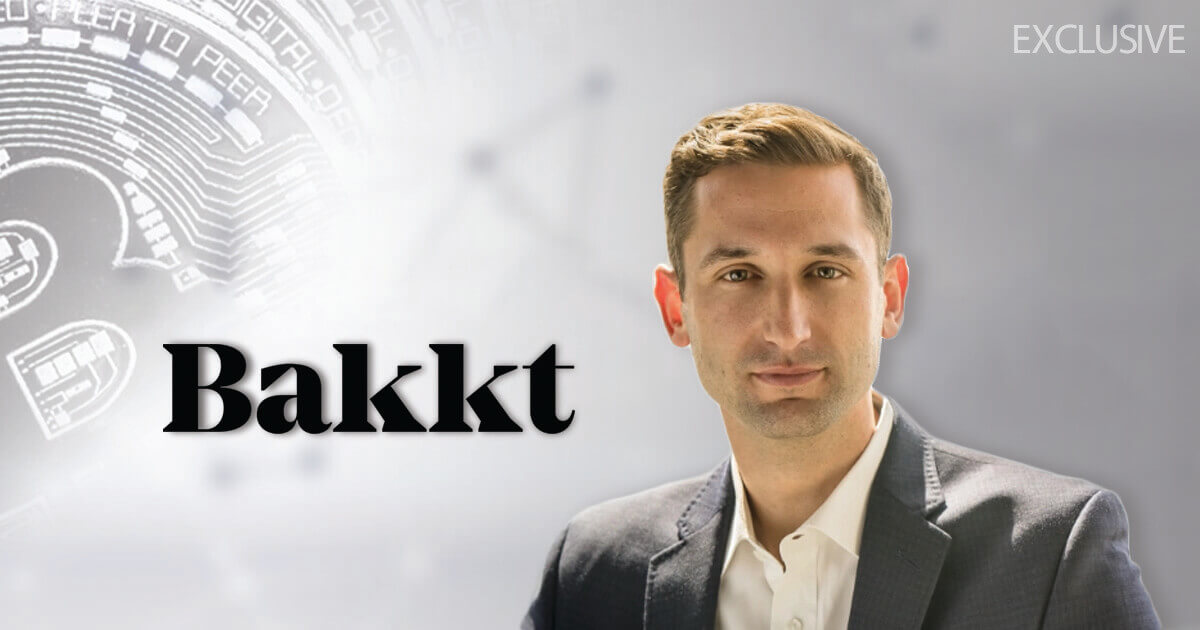 Adam White, COO, Bakkt began his journey in the crypto world when he joined Coinbase six years ago, much to the dismay of his family and friends who believed he was throwing away his Harvard education on a pseudo-market.

Driven by an innate interest in the potential of digital assets and by a stroke of luck, White found himself participating in what was supposed to be a casual conversation regarding Bitcoin and with then co-workers and now renowned digital pioneers Olga Kharif (PolyChain), Charlie Lee (founder of Litecoin) and Coinbase founders Bryan Armstrong and Fred Ersham. White recalls their conversation about Bitcoin leaving him feeling blown away and vindicated in his belief that there was a future in this market. He said, “I now wake up every day thinking about that conversation and the direction of Bitcoin and digital assets.”

Although it is often confused for an exchange, the Bakkt Warehouse is actually a regulated custodian and part of Bakkt Trust Company, which allows for the safe, secure storage of bitcoin. “Custody is at our core,” explained White, “Bakkt is a custodian. I think that when people see a crypto contract being traded they immediately think it is an exchange because like Coinbase, and most exchanges, the trade is vertically integrated meaning they are a custodian and exchange and trade on the front-end as well.” He continued, “What we’re trying to do at Bakkt Warehouse is bring digital assets, like Bitcoin, into the existing financial system. We’re not trying to build something separate and new or reimagine the system.”

The core competency of Bakkt comes from the Intercontinental Exchange (ICE), a $54 billion publicly-traded company that owns the New York Stock Exchange, as well as 13 other exchanges globally and six clearing houses. “What’s unique about Bakkt is that as a qualified custodian we’re regulated by the State of New York Trust, effectively the same way that Bank of New York Mellon is and like them we have that trust license which allows us to be a qualified custodian of our customer’s assets.” White highlighted, “What makes Bakkt powerful is its symbiotic relationship with ICE that allows us, for the first time, to have an end to end regulated environment—regulated custody via Bakkt, regulated trading with ICE futures and regulated clearing with ICE clear. Essentially this means that we have no dependency on other external stock markets.”

On-ramping in the world of digital assets refers to the conversion of a government based fiat-currency to a cryptocurrency. So how is it done at Bakkt? White explained, “First off, the trading participant must have two relationships, first is with a clearing member, known in the U.S. as a Futures Condition Merchant (FCM) which is the entity that the trader will send their dollars to and gives them access to trade on the derivatives exchange. Second, the trader needs a relationship with the Bakkt Warehouse, we are the custodian. A powerful feature of the Bakkt smart contract is that traders have the option to only provide dollars for margin which means they can sell short on contracts without having to deposit any bitcoin.”

Looking at both sides of the trade, White simplified the process further, “A customer could deposit dollars using their FCM and could trade at 3X leverage enabling them to start selling short on a contract. Once the contract comes closer to delivery the clearing member is going to ask for proof of Bitcoin because at this point the trade is short of the 3 Bitcoin the trading counterparty needs when they take delivery of the contract. At this point, the trading party would deposit Bitcoin to the Bakkt Warehouse.” He continued, “On the flip side if the trader uses dollars to buy a contract and then take it to delivery, they would receive Bitcoin into their accounts at Bakkt.”

Bakkt is currently supported by six clearing houses. White explained the importance of understanding that there are two types of clearing members, “There are bank clearing members such as JP Morgan, Morgan Stanley, large international conglomerates that tend to be more risk-averse and then there are non-bank FCMs, like ED&F Man and Phillip Capital. We have found pretty good adoption support from non-bank FCMs and we are starting to make good progress with bank FCMS as well.”

According to White, “One of the big bottlenecks for new trading participants, is that they have to go out and get that clearing member relationship which can take anywhere from a few weeks to a few months. So it doesn't happen overnight and it is the gatekeeper for access to the Bakkt Warehouse. Those clearing members, however, do not need to form a new banking relationship because they never touch Bitcoin, it is their trading member that has the relationship with the Bakkt warehouse as a custodian, and that provides them access to ICE Futures in this case.”

Bakkt customers are required to go through two KYC (Know-Your-Customer) processes. The first is mentioned above in the customer's relationship with the clearing house. White said, “The customer then has to go through our KYC process, or as we call it CIT (Customer Identification Program) at the Bakkt Warehouse, but we are more focused on the compliance from the crypto-side.” He continued, “So we are looking at our customers from both sides, the deposits and the withdrawals. This a process that is quite unique to Bakkt and its actually very important as we can't just allow customers to freely begin depositing Bitcoin because our marketplace is between institutional participants. And in order to get those new institutions to move in the space, where they're going to be on the counter side, they need to know with absolute certainty that that Bitcoin is clean, that it has no compliance risk associated with it.”

Currently, Bakkt has two contracts in the market for their products—a daily futures contract and a monthly futures contract. “That is just the tip of the iceberg,” said White, “We raised about $180 million last December through a number of investors like Microsoft's M12 investment arm and Boston Consulting Group. We've got some strategic investors like CMT Eagle Seven, Galaxy, and Pantera and we would not have raised that amount of money if the only thing we were going to do was build a custodian and launch a couple of futures contracts hoping for the best.” He continued, “So you'll probably see us continue to add more futures contracts. Right now, we're just offering a Bitcoin dollar physically delivered daily and monthly. I think you can certainly expect us to offer more advanced contracts like options, potentially on Bitcoin at some point, but all these new products require regulatory approval and that takes time. You'll probably see us add new futures contracts for other crypto assets as well, it’s just that right now Bitcoin is the only one with a future.”

Although White did not go into great detail, he did mention, “We're looking forward to launching a mass-consumer focused product in the first half of 2020. So next year, there will be a product that you will be able to download on your Apple phone or on your Android device and use in a way that will not only help you kind of invest in trade and speculate, but actually solve real problems towards the adoption of digital assets." 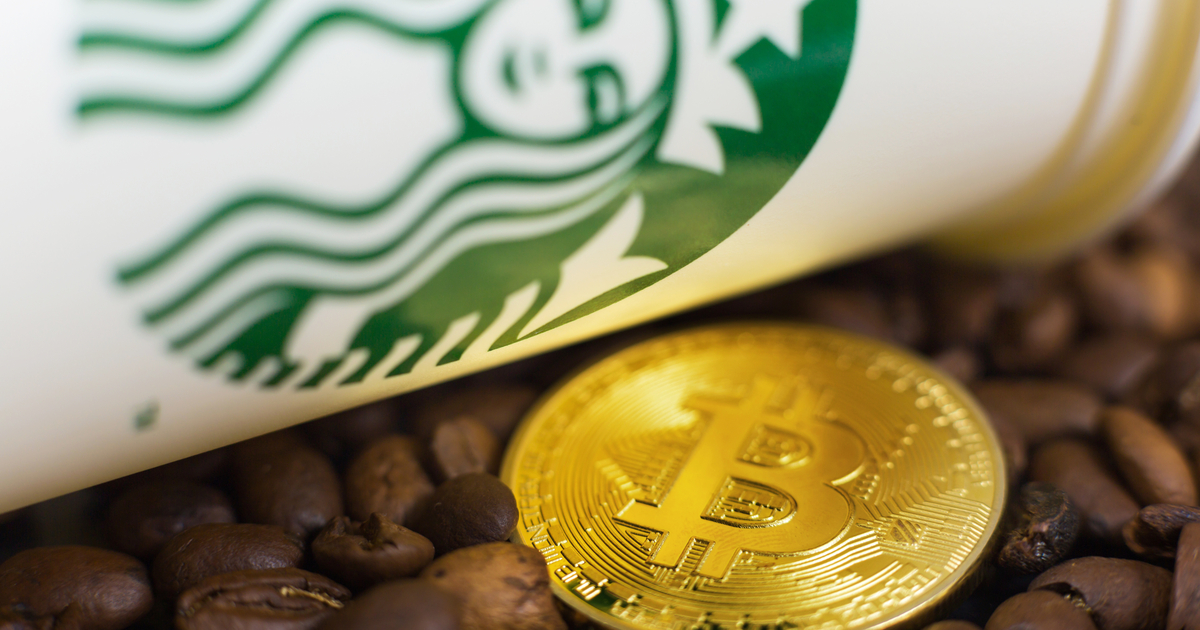 Bakkt recently formed a new partnership with Starbucks, White clarified the nature of the partnership for those in attendance saying, “The intention is not that you're going to walk into every Starbucks and see a ‘pay-with-Bitcoin’ option, Coinbase actually already provides this service. That is not the intention of what we're building. Generally, we haven't seen Bitcoin payments be massively successful. Because if you look at the user experience, it's easier to tap my phone and pay than it is to scan a QR code, wait for the confirmation to be submitted and be confirmed before that transactions can proceed. It's just not a great experience, especially for kind of small value transactions.” White highlighted, “We are building the ability for customers to take their digital assets, one of which is Bitcoin, and be able to use that to spend at different merchants for products and services. Like a cup of coffee at Starbucks. So it's not necessarily going to be something that happens at a point of sale in the physical environment, but it will certainly be an application on your phone that would facilitate that that activity”

Responding to a much-anticipated question, White believes that projects like Libra represent a healthy trend for blockchain development, as some of the world’s largest organizations are beginning to create more efficient access to financial services with public or permissioned blockchain. While Adam doesn’t take a stand on whether Libra will succeed, he is impressed with the likes of David Marcus and Kathryn Haun and their dedication to Libra development.

White foresees that multiple forms of digital assets will emerge and Libra will not pose a direct threat to Bitcoin.