Exclusive: State of Cardano and Ethereum towards a Proof-of-Stake Protocol

In part 2 of our interview with Charles Hoskinson, CEO of IOHK and Founder of Cardano, we delve deeper into more technical aspects and how things actually work in practice. He shared his thoughts on Cardano and Ethereum’s progress towards a Proof-of-Stake (PoS) protocol. He also expressed his views on the future impact of quantum computing and Hong Kong as an emerging blockchain hub in Asia.

What are your thoughts on the progression of Ethereum and its efforts to move to a proof of stake model?  How is it compared to Cardano and Bitcoin?

We did the first, provably secure proof of stake protocol, Ouroboros, so we view proof of stake protocols favorably. A great tragedy of Ethereum is that Ethereum has a brilliant founder, Vitalik Buterin, and the project moves only as quickly as he does. One area that Vitalik is not so good at doing is hardcore research and managing a deep, highly academic research agenda. He's very good at hacking and he's very good at bringing talented programmers together and building out an open source movement.

The problem is that Vitalik is not a scientist. He never received formal training, so Ethereum has had a very difficult time getting Casper out of the lab and getting it into the protocol. If the Ethereum Foundation injected a few million dollars of funding to Cornell, to Elaine Shi, Rafael Pass, and the other people that the IC3, Casper would’ve probably been launched last year. Instead, the Ethereum developers just tried to solve this enormous problem without decomposing it. Every time they thought they had a solution, they realized that it was a false start and they had to regress and start something else.

We created Ouroboros in 2016, which under unrealistic assumptions, could have the same security levels as proof of work. The game was then to just make it realistic. We wrote several papers each and every step, making the model better. Each step of the way, we have a checkpoint, which means we take that paper to the scientific community and go through peer review.

We published, just on the Cardano side, six papers for consensus and it's been quite a bit of work. Right now, we're in a very good position, because we know how to build the system and we're actively building it. We also know exactly how far we can scale it and what we're giving up when we scale, or how much degree of byzantine resistance we would lose. And given that we are going for a sophisticated design space, it puts us in a very good position to know exactly the limits of our technology.

Ethereum has the issue where they don't understand the limits of their technology and they keep desperately searching for the silver bullet. The Ethereum team invests a few million dollars in hardware and into exploring different directions such as the use of zk-SNARK and plasma. They hope that by combining different protocol proofs and scalability solutions, Ethereum can magically scale. But if you don't have good foundations, it's really difficult to know if you put all these things together that it's actually going to work, and if you're reducing the throughput of your system because of some special reasons.

Anyways, I'm optimistic that Ethereum will get to where it needs to go. They set up a great lab at Stanford and there's some very good people there. Dan Boneh is one of the top cryptographers in the world. Ethereum is starting to learn how to do research and they're starting to learn how to work with universities to get research done in a reasonable period of time. I think sometime between 2020 and 2022, Ethereum is probably going to be moving a lot faster and you have to take them very seriously.

Bitcoin is also starting to wake up and move a lot faster. A lot of the barriers to Bitcoin’s evolution have been removed thanks to the Bitcoin Cash hard fork. Now the Lightning Network is evolving very quickly. There's a lot of great innovation under the hood like Merkle Mountain Ranges and Flyclient, and you also have things like Simplicity and Schnorr Signatures. If these technologies are adopted in Bitcoin, Bitcoin can process very high throughput, tens of thousands of TPS, a lot of programmability, smart contracts, the ability to issue assets on it, and side chains. Bitcoin is still going to be a strong competitor. They still have the best liquidity, the best exchange access, and the most regulatory acceptance as well. You can't count them out. Ethereum is just one of many and they've lost their first mover advantage. We're all fighting that same fight to capture the third generation.

An issue that is less spoken about is the impact of quantum computing.  Many people view it as a threat to blockchain, but at the same time, it can also bring great advancements to the technology.  What are your views on quantum computing?

The magic of quantum computing is that you can take algorithms that would ordinarily run in what are called NP hard and complete problems, and somehow run them in linear time. So how cryptography works, like in public key crypto, is you have a secret that you know that allows you to reduce a complicated problem to a constant linear-time problem. You know a backdoor. The problem with quantum computing is that it can see all these possibilities that the same time and it can find that back door. The most common algorithm is called Shor’s algorithm and it allows you to tackle two problems: the RSA assumption, which is integer factorization, and then the other is the DLP, or discrete logarithm problem.  What does it mean? It means that modern crypto that we've used last 25 years is not going to work so well when a quantum computer arrives.

There's a whole collection of algorithms that are resistant or immune to quantum computers. Hash-based crypto and lattice-based crypto are some examples. These can be easily adopted and brought into cryptocurrencies so why don't we use them? Because they're not as efficient and take 10 to 100 times more space for the signatures and keys, and they take about 10 to 100 times more computation to verify something. There are very good reasons why we use elliptic curve crypto. It’s simply faster and much more efficient.

What do quantum computers add? They add much better types of crypto, and quantum cryptography is an emerging field. Quantum computers are just the next generation of the modern-day bomb and we’ll develop better algorithms that can protect us from that, but quantum computers can actually give us cryptography which is considerably better than the cryptography we have today. It might not just be extremely difficult to break but might just be unbreakable. We might all be long dead by the time that happens though. 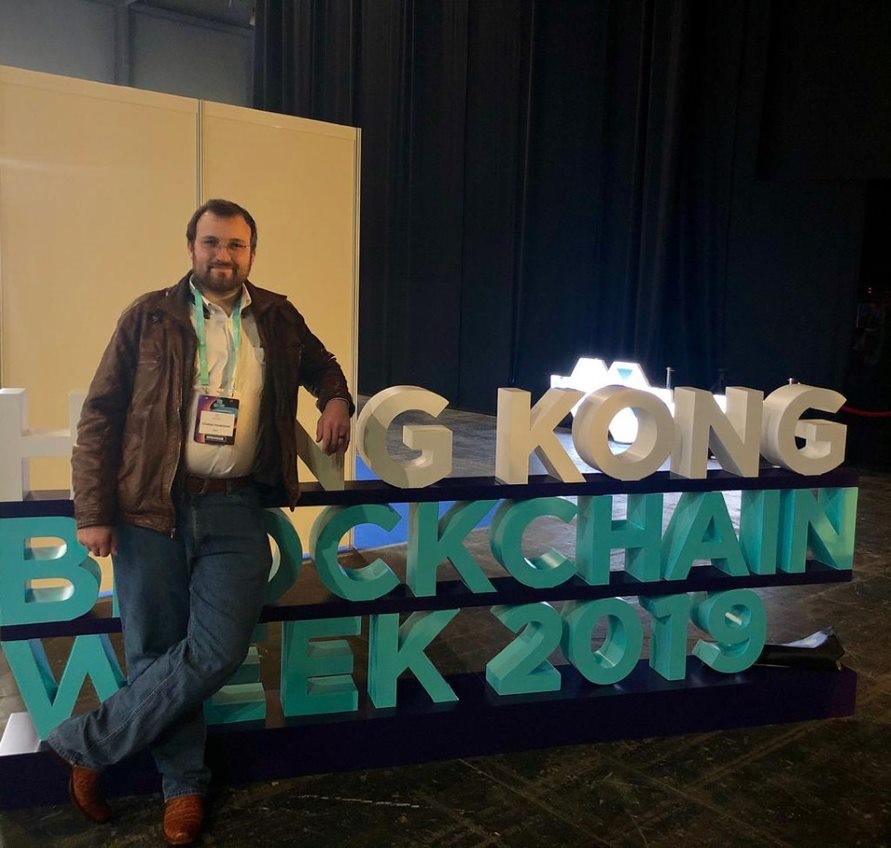 Has anything about the Hong Kong blockchain space caught your attention?

We're actually based in Hong Kong, so I can't really be a Hong Kong blockchain company and not attend at least one Hong Kong blockchain event. I like Hong Kong as a marketplace. It's a great place and there's just a lot of wonderful things happening here and a lot of great entrepreneurs. For a long time, it’s been a major commercial hub. Japan has just recently become very unfriendly to the crypto businesses, so a lot of people are offshoring and they're either going to Hong Kong or to Singapore.

The problem with Japan was that, for a while, Japan was the best country in the world to set up a cryptocurrency business, it was quite friendly. There were no regulations. It was totally libertarian, and then a law was passed that gave the FSA the ability to regulate the marketplace. They were initially very hands off and then the Coincheck hack occurred and they got very aggressive and no new crypto currencies have been listed since November 2017. Innovation has died a little bit and a lot of the initial excitement and enthusiasm was lost.  After China shut down the marketplace, a lot of businesses went to Japan hoping to do something in Tokyo, but now are starting to leave the country to places like Singapore and Hong Kong. I think Hong Kong is going to be a great beneficiary of offshoring.

Credits to Xihua Duan for his support in this interview.