“Imitation is the sincerest form of flattery.”

When Facebook released Libra’s whitepaper, Hedera Hashgraph allegedly “thanks” Facebook for imitating their governance model, what is the story behind?

We spoke exclusively with Sami Mian, the Head of Japan and Korea for Hedera Hashgraph, to reveal the hidden story of the controversy! He also shared with us his blockchain journey and compared how Asian and western enterprises built their blockchains! 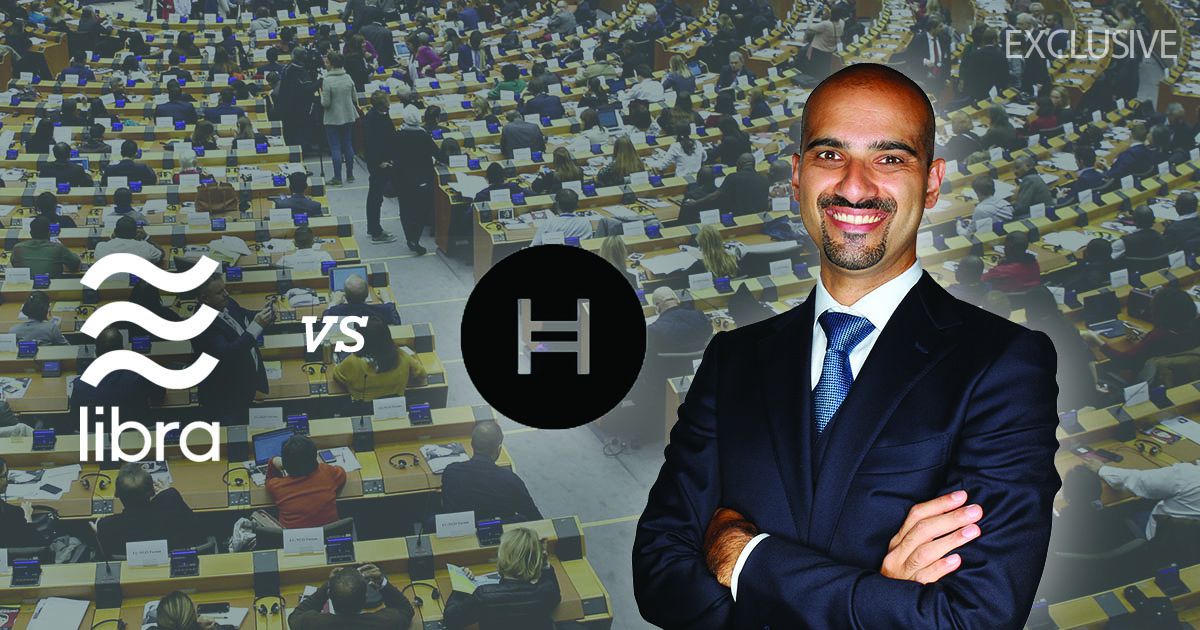 You have been previously served as a head of sales in Citi and Deutsche Bank. What makes you tap into the Blockchain industry and become the head of at Hedera Hashgraph?

In my 17 years of finance, there's one thing that I realized was that technology and finance do not move forward. I used to trade and sell bonds, and you would have thought for sectors like finance, they will have the best technology. Settlement for money, for example, you will be able to do it in a lot more quickly than it was done in the industry. For example, when you trade bonds, the settlement would be in three days, called T+3, and then they improve the settlements and the technology, so now it becomes T+2. While PayPal or other technologies, you have instantaneous transactions going on.

"We're still using financial systems that are 20 years old, then I realized maybe finance is the sector that's primed for disruption."

I left the finance industry and took a deep dive into Bitcoin and blockchain in 2016. Then I noticed four inherent flaws of blockchain technology:

3) Does not have any finality; and

4) It can be easily forked.

Although I thought it progressed from what banking industries had, I still thought it wasn't enough to be able to get mass adoption. That's when I ran into Hashgraph, I studied more about Hashgraph and learned that it could process hundreds of thousands of transactions per second. It had finality in three to seven seconds, and it is non-forkable. I was like this can be the technology that would completely disrupt the existing industries. Then I met Mance Harmon, the CEO at Hedera Hashgraph. We had dinner in Tokyo, and he invited me to come on board.

In terms of a Hedera Hashgraph in Japan and Korea, how is the adoption in these two places? How would you compare the market penetration into the Asian market compared to the western market?

That's an excellent question because corporations in Japan and Korea are definitely working on blockchain technology now. The difference between a lot of the companies in Korea and Japan versus the US is that they are more conservative. Most of the companies that I speak to in those regions are working on some sort of proof of concept on private ledgers, mostly Hyperledger.

For example, a lot of companies are working on their own private chains in Korea. Companies in Korea and Japan are not yet comfortable building something on a public ledger. The reason is privacy because Korean companies don't want to share their technology with other companies. Moreover, they don't want their use cases to be forked. There are valid reasons why companies in Japan and Korea are still looking at private ledgers as a platform to build solutions on.

Does Facebook copy the governance model idea from Hedera Hashgraph, and can you elaborate a little bit more about this?

Hedera Hashgraph has a governing council. The governing council right now has members such as Nomura Holdings, Deutsche Telekom, Swisscom Blockchain AG, DLA Piper, and Magazine Luiza. The biggest companies in the world and the reason why we originally started recruiting these companies in 2017 because we believed that you need to have an expert council that governs public platform.

In 2018, February, Mance Harmon, our CEO went and spoke to David Marcus, the person who's responsible for Libra at Facebook. It is for the reason of asking them to join our governing council. We spoke to Facebook about how our governing council is, the expectation of the expert council, and how we believe the transition from permissioned to permissionless. We're very open to how our platform and governance structure will operate.

Facebook at that time in February 2018 was very interested in what we were doing. But they weren't as forthcoming as to what they were doing. They banned cryptocurrency ads and so forth. There was a talk about they were going to be involved in the crypto world, but the market and we didn't know that they're working on this. Then the news came out last week that Facebook released Libra’s whitepaper with the establishment of Libra Association and they're going from permissioned to permissionless. They have the biggest companies in the world joining their Governing Council.

“We started laughing in the sense that we're not saying they did anything illegal of course. But it seemed there were a lot of similarities to what we shared with them and what we're already doing.”

The important thing to notice is that there are a lot of differences, and that's more important than the similarities.

First of all, it is not as if you want to join our Hedera governing council, you have to pay millions of dollars. On the contrary, you pay $10 million to Facebook in order to join the council. It's essentially for-profit governing council. Our view was you need this expert council, but you have to find a way so that they don't profit directly from the platform. For our governing council, we don’t have a director. You don't get paid to join and receive dividends. The LLC agreement is structured so that these companies are subject to a limited term of 3 years which can be extended to a maximum of six years. Therefore each member can serve a maximum of two terms only.

Their peers will come on the council and that's because we want a governing council that is as diversified as possible. It's permissioned, the same way as Facebook is. But we don't want the governing council members to profit from the network. We don't want them to stay on indefinitely, because if that happens then they'll collide. These are the important differences that we're highlighting now to the market.

That's a very good question. First of all, our governance structure, as well as Facebook, is permissioned. What that means is we have a membership committee. Originally, Swirlds was the original member of the Hedera Hashgraph LLC that decides which companies we bring into the governing council. From August, we're going to have the membership committee so the members themselves will decide which companies they're going to invite into the governing council by voting.

It's permissioned but it's probably the most diversified governing council that exists. There is a difference. We have the Japanese financial service company, NOMURA, and DLA Piper, which is the top law firm in the world. We have Magazine Luiza based in South America and Brazil and we have Deutsche Telekom in Europe.

We are having more companies from different jurisdictions and industries that are term-limited. These companies don't have any financial benefits. The finance benefit they get from joining the council completely underweights the damage that will be done to their brand by doing something malicious. If the companies do something malicious, that’s going to hurt their brand a lot more than they will make any financial reward ever.

There are two main differences between the governing council of Hedera Hashgraph and Facebook:

2) No financial benefit in terms of dividends and shareholding and so forth.