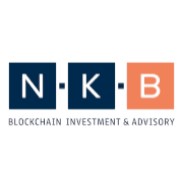 After a strong previous week, Bitcoin has been ranging in the ascending triangle and took almost the entire crypto trading community by surprise when it broke in the opposite direction from $11,900 to $11,200, recording an almost 6% loss. If BTC is to continue downwards, there is minor support at $10,800 and major support at $9,100. The total digital assets’ market capitalization lost almost 4% and similarly, the volume is down by 20%. The rest of the top-30 coins have recorded losses too, with the exception of BNB, which is up by 7.2%, reacting to the news about Binance’s US expansion.

Cryptocurrencies cannot be purchased with the new Apple credit card according to the recently published customer agreement guidelines by the American multinational technology company. The Apple card’s restrictions indicate that the company’s partner, Goldman Sachs, is leery towards cryptocurrencies and other “cash equivalents” like lottery tickets and casino chips.

Mu Changchun, Deputy Chief in the Payment and Settlement Division of the People’s Bank of China (PBOC,) stated that the CBDC prototype exists and the PBOC's Digital Money Research Group has already fully adopted the blockchain architecture for the currency. China's CBDC will not rely entirely on a pure blockchain architecture, as this would not allow the currency to achieve the throughput required for retail usage.

Cryptocurrency mining hardware giant Bitmain Technologies Ltd. has reportedly incurred a net loss of $310 million in the first quarter of this year. Bifurcating the net figure, Bitmain suffered losses of $345 million and $280 million in January and February, respectively, and made a profit of $315 million in March.

Mastercard recently added three job openings to its website, looking for directors and a vice president in blockchain product management. According to the job descriptions, the company is looking into devising a blockchain wallet solution, which will likely rival Facebook’s upcoming cryptocurrency wallet Calibra.

Robinhood Receives FCA Approval to Operate in the UK

Robinhood, the U.S.-based popular stock and crypto investing app, has received approval from the U.K. Financial Conduct Authority (FCA) to operate in the country. Robinhood International, Ltd., will operate as a broker in the U.K., following the approval. “This authorization will enable us to bring our investing platform to customers in the U.K., and is a critical step to achieve our mission of democratizing finance for all."

Blockchain technology company Blockstream revealed details related to their massive Bitcoin mining data centers in Quebec, Canada, and Adel, Georgia. The facilities account for a combined 300 megawatts worth of energy capacity. For now, two of their active customers include Fidelity Center for Applied Technology and LinkedIn founder Reid Hoffman.

Germany’s biggest insurance company, Allianz, has been developing a blockchain-based digital token, pegged 1:1 to the US dollar, to be used for payments, similar to investment banking giant JPMorgan’s JPM Coin. The token aims to simplify and accelerate cross-border insurance payments for its corporate customers across 200 countries and territories.

The social media giant has recruited Susan Zook of Mason Street Consulting, who previously assisted Senator Mike Crapo (R-Idaho), to a team of lobbyists aiming to influence lawmakers on the Libra initiative. Zook told the publication she would work on lobbying Senate Republicans.

Seychelles’ stock exchange (MERJ) has just listed a tokenized security for trading, becoming the first in the world to do so. MERJ said it will follow the listing by offering 16% of the tokenized shares in a public offering later in 2019. The exchange is also in discussion with “several companies” over potentially listing their tokenized shares on its platform.

German-based Dürr, one of the world's leading mechanical and plant engineering firms, has secured a sustainability loan of 750 million euros, the interest on which is linked to its eco-friendly performance.

HM Revenue & Customs, the British tax authority, is pressuring cryptocurrency exchanges to reveal customers’ names and transaction histories, in a bid to claw back unpaid taxes, industry sources said. Letters requesting lists of customers and transaction data have landed on the doorsteps of at least three exchanges doing business in the U.K. – Coinbase, eToro, and CEX.IO – in the last week.

EU Central Bank Seeks to Increase Monitoring Activities of Digital Assets with On-Chain Data In a recently released report, the European Central Bank (ECB) outlined its plan to devise a monitoring framework of the cryptocurrency market, using both on-chain data and metadata related to off-chain transactions. The bank says its monitoring activities are relying “to a great extent” on publicly available data such as market capitalization, prices, and trading volumes.

A number of countries have plans to create a new system to collect and share personal data on individuals who conduct cryptocurrency transactions. The goal is to prevent funds from being laundered, going to terrorist organizations or otherwise being put to illicit use. The system would be designed by the Financial Action Task Force, an international organization comprising more than 30 member countries and economies. The goal is to draw up detailed measures by 2020 and to have the system up and running a few years later.

This report is for informational purposes only. It is not intended as an offer or solicitation for the purchase or sale of any financial instrument or as an official confirmation of any transaction. All market prices, data and other information contained in this document have been prepared from sources believed to be reliable, but we give no representation or warranty that the information is complete, accurate or current. Past performance is not a reliable indicator of future performance. Not for further distribution. Investments in cryptocurrencies are associated with essential risks, including the risk of losing 100% of value. Not for distribution in countries where digital assets are recognized as illegal. NKB Holdings UK Limited is registered in England and Wales with registered number 11314202 whose registered office is at 1 Connaught Place, London, W2 2ET.