The number of Bitcoin ATMs continues to rise, it is estimated that 22 machines were installed per day last month, according to a study by Finbold. 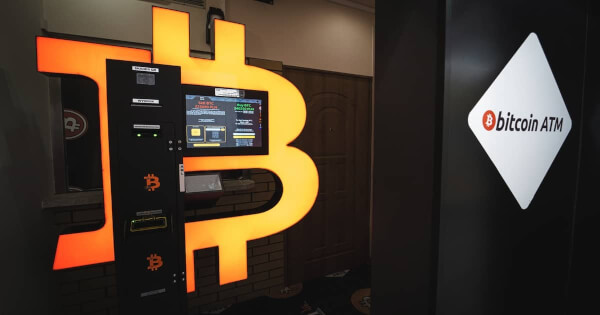 Statistics indicated that the number of BTC ATMs surged to 36,709 on April 1 from 36,023 recorded on March 1, increasing by nearly 2%. Per the report:

“22 Bitcoin ATMs were added daily in March alone, as the number of Bitcoin machines installed over time continues to grow.”

Therefore, an increase in Bitcoin ATMs shows that crypto adoption continues to tick as more participants jump on the bandwagon. Furthermore, they play an instrumental role in availing the much-needed infrastructure when buying and selling Bitcoins.

According to Coin ATM Radar, the number of Bitcoin ATMs spread across 26 countries stood at 36,733 as of April 11.

Part of their popularity is driven by demand from crypto investors who want to avoid Know Your Customer (KYC) requirements needed in cryptocurrency trading platforms.

Meanwhile, some retailers offer the crypto ATM service options as part of the digitization efforts needed to optimize their customer satisfaction rates. For example, Walmart partnered with crypto companies Coinstar and Coinme to install Bitcoin ATMs across its retail stores in October 2021.

This observation was made after Chesky asked his Twitter followers what they would like the company to improve or launch in 2022.