The latest Kraken VIP sentiment survey reflects how professionals and investors are thinking about how the cryptocurrency sector might evolve in the year ahead. Bitcoin price sentiment is at an all-time high with some projecting the BTC price as high as $250,000. 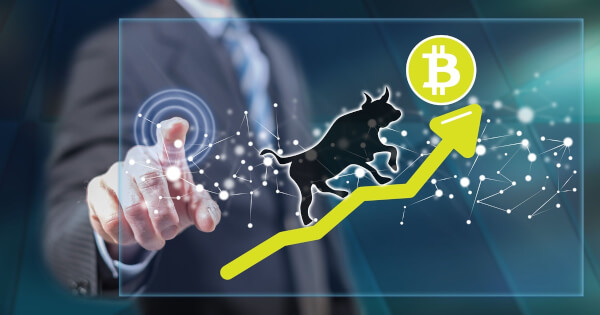 In the Kraken Intelligence 2H2020 Crypto Sentiment Survey released on Dec. 1, the research arm of the US-based crypto exchange Kraken focuses on its VIPS—a diverse mix of brokers, custodians, family offices, hedge funds, market makers, miners and traders—sharing their insight into the state of the crypto market heading into 2021 for any investor seeking an edge.

While there has been a slew of prominent funds and investors like Microstrategy’s Michael Saylor and billionaire investor Paul Tudor Jones making big bets on Bitcoin this year—the Kraken intelligence report indicates that the bullish sentiment has spread to its VIPs and extends to altcoins and the DeFi space.

The respondents to Kraken’s sentiment survey offer a bullish forecast for the Bitcoin and Ethereum price in 2021. The high-end estimates for the BTC price appreciation tops at $250,000 while Eth price tops at $15,010. Respondents are optimistic that next year both cryptocurrencies will provide at least 175% returns from October prices.

With the intent of gauging market optimism, particularly in light of what has been a 6-month crypto rally following unforeseen circumstances in the COVID-19 economic disruption from March 2020, Kraken Intelligence asked survey takers for their 2020 Bitcoin (BTC) and ether (ETH) price targets, in addition to 2021 to compare survey-over-survey summary statistics to identify changes. 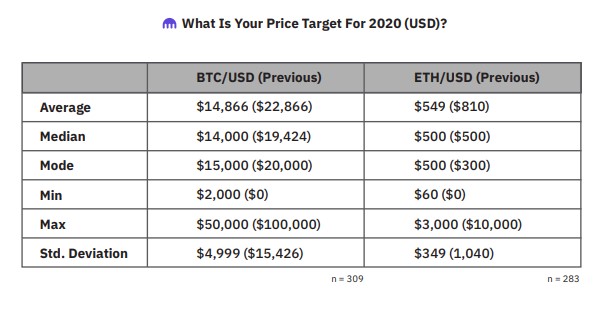 According to the Bitcoin price targets for 2020 fell in the last half of the year. The Kraken findings show:

For crypto’s number two—Ethereum—price sentiment was also down in the latter half of the year. The survey reads:

“With respect to ether (ETH), the average price target among 289 responses was $549, off -32% from the previous survey’s average of $810. The median price target was unchanged at $500 and the most frequently cited price target was $500, up +66% from $300. With only 3 months left in the year, we anticipated less optimistic summary statistics and lower standard deviations for both Bitcoin and ether price targets.” 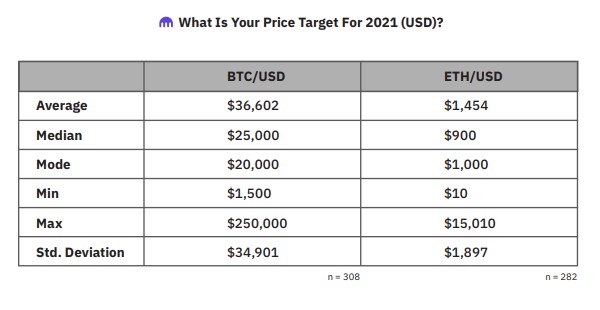 The responses from participants on their 2021 Bitcoin and Ether price targets indicate that the market believes the latest crypto rally has serious legs and will continue into 2021.

Regarding Ethereum, Kraken’s survey participants appear to be even more optimistic of ETH performance next year with close to 59% believe that ether will, at least, hit $800. Additionally, 22% of respondents see ETH surpassing its previous all-time high of $1,595 set in early January 2018 and just under 92% see ether, at the very least, trading higher than current prices in 2021.

Altcoin and DeFi will not be left behind by investors in 2021, if Kraken’s findings are any indication. Despite tendencies to be highly volatile, altcoins remain front and center for many market participants despite collectively underperforming to Bitcoin.

Respondents were asked which altcoins were their favorite(s) and why. Participants were told to provide no more than 5 altcoins and those with fewer than 10 votes were excluded from the analysis. Approximately 105 unique altcoins were mentioned across 466 entries, with respondents providing an average of 2.5 altcoins. 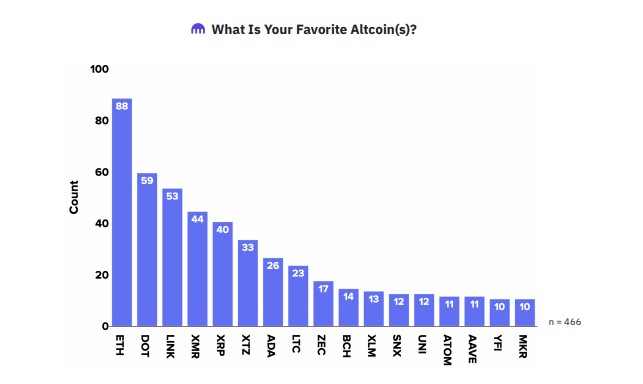 Polkadot, Chainlink and Monero led the charge after Ethereum as the most popular alternative cryptocurrencies. A big factor for Kraken’s respondents in selection altcoin projects was cited as “community strength."

Regarding the decentralized finance (DeFi ) space—the popularity of Ethereum, Polkadot and Chainlink reflected the rise of DeFi. Kraken’s respondents are investing in the belief that decentralized finance and reimagined financial products may disrupt the traditional industry. DeFi is also being credited for the increased adoption of stablecoins.

In conclusion, the findings of Kraken’s report show that institutional adoption is driving bullish sentiment in the Bitcoin and crypto space. Almost 70% of survey respondents believe we are now in a bull market and believe that innovation, improvements, and positive regulation will boost their investments in 2021.