Hong Kong has a stable number of cryptocurrency kiosks, which are also called automated teller machines (ATMs). However, their popularity remains questionable. 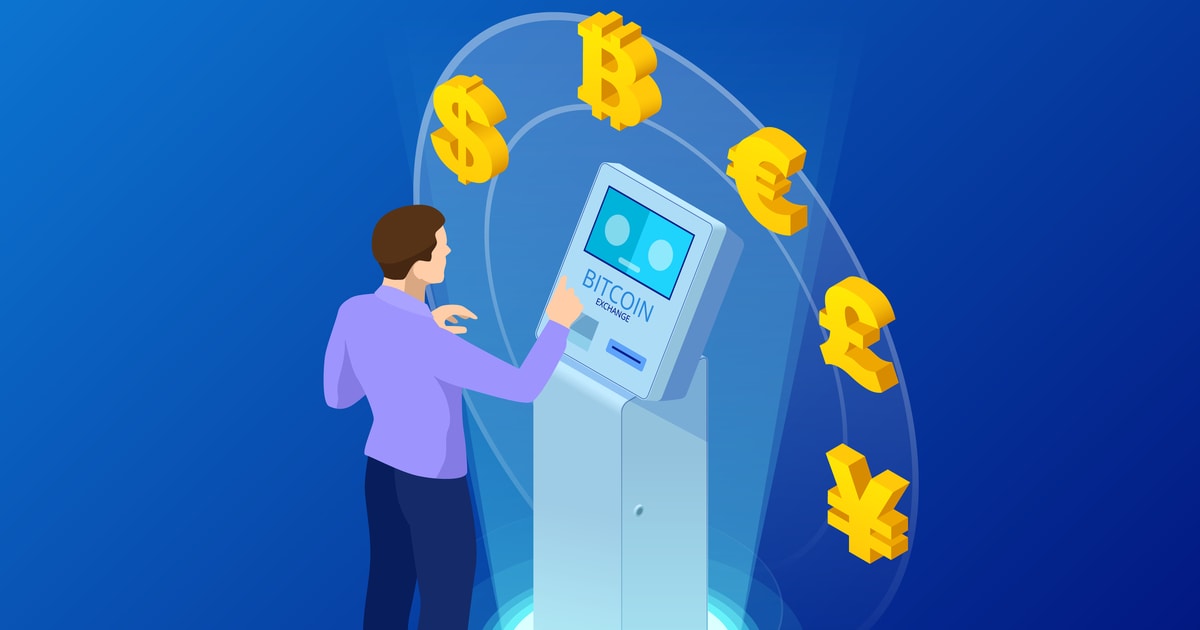 Over the period, Bitcoin ATMs in this global financial hub has risen past 100 with frequently changing locations, according to the Bitcoin Association of Hong Kong.

Another study by the Crypto Head titled "The 2021 Crypto-Ready Index" said that Hong Kong ranks fourth among 200 countries and territories worldwide in "crypto-ready countries". The study also reported that there are currently 124 crypto ATMs or 60,276 people per ATM.

Although the number of crypto ATMs in the city seems to have grown, overall, residents in Hong Kong are still not familiar with cryptocurrency kiosks. Jesse Co, General Manager of CryptoGo, commented about the development of kiosks in H.K. He has confidence in the popularity of kiosks in the near future.

"The popularity and familiarisation of cryptocurrency kiosks will grow in Hong Kong when the general population becomes cryptocurrency-friendly," Co said.

According to a report by TripleA, only 3.27% of Hong Kong's total population currently own cryptocurrency. Furthermore, a widely observed phenomenon shows that cryptocurrencies are increasingly popular with teenagers and people between the age group below 35 who are tech-savvy and well-versed in blockchain technology. Thus, it is safe to assume that they find it easier to perform transactions via inline exchange platforms on their mobile devices than a kiosk.

CryptoGo believes the ease of use and time saving are the two reasons youngsters will choose to use cryptocurrency kiosks. "Doing transaction through online exchange platforms require personal information for Know Your Customer (KYC) purpose, which takes time for verification, and it is also a privacy concern," Co said.

"P2P through online platforms usually takes time to match, and telegraphic transfer may involve exchanging crypto to fiat. The kiosk will be a more convenient choice for buyers and sellers in terms of a small amount of fiat or crypto transactions," he added.

The other negative aspect hindering the popularity of kiosks in Hong Kong and globally are the volatile nature and significant fluctuations for the intrinsic value of cryptocurrencies, making it unlikely that the general public of Hong Kong to accept tokens as a medium for shopping or a form of payment for services anytime soon.

A cryptocurrency kiosk is similar to an ATM by definition and functionality. Still, some may vary according to the owner company's preference.

Crypto ATMs are interconnected kiosks that allow users to purchase cryptocurrencies with deposited cash. A user cannot connect their bank account to a cryptocurrency ATM, but instead, can produce blockchain-based transactions that send cryptocurrencies to their digital wallet.

"Some jurisdictions are sensitive with the word cryptocurrency ATMs as they can be confused with bank ATMs, but both are essentially the same thing," said Co.

In Hong Kong, CryptoGo is one of the leading market players in manufacturing secure hardware and user-friendly blockchain-enabled software technology for kiosks. Founded in 2019, the company provides one-stop solutions for cryptocurrency transaction methods.

"Around two years ago, there were only 2000 to 3000 crypto ATMs globally, but currently that number has reached around 40,000," CryptoGo said.

"Cryptocurrency can act as a new era traveller's cheque. It may save time and cost of exchanging local currency compared to the traditional way. We aim to deploy CryptoGo worldwide, thus providing secure and fast crypto-fiat exchange methods to both coin buyers and sellers."

According to local media Mingpao reported, the company has sold about 50 cryptocurrency self-service machines to customers in Hong Kong, South Korea, and several Southeast Asian countries.

The demand for cryptocurrency ATMs has risen globally due to a phenomenal growth of digital currencies in the past few years and an increasing number of new cryptocurrency investors.

The rise in demand for cryptocurrency kiosks is partly due to their hassle-free exchange of cryptocurrencies.

A user needs to deposit money into a kiosk and select the cryptocurrency they want to buy in a simple transaction. First, however, a user must remember their cryptocurrency digital wallet address.

A cryptocurrency wallet is a software program that contains public and private keys unique to the owner of the particular wallet. The wallets allow you to interact with blockchains, enabling you to make purchases and transactions and monitor balance.

Crypto ATM market players focus on advancing the technologies and adopting new strategies to expand the market and answer user needs that vary in each territory.

"In comparison with the West, we found that Asian client demands and needs are different. Often, crypto kiosks need customisations as ATM buyers have their opinions on user interface and user experience," CryptoGo said. "Also, they have many different needs and their preferences matter since a cryptocurrency ATM is not cheap," it added.

In September this year, El Salvador became the first country in the world to adopt bitcoin as legal tender, a move championed by the country's popular President Nayib Bukele.

However, decentralised cryptocurrency as legal tender remains controversial in many countries. But according to a widely reported phenomenon, nationals working in foreign countries, especially in the West, find it easy to remit fiat currency back home in disguise by buying and selling cryptocurrency. Hence, providing a significant potential that will help in giving rise to cryptocurrency kiosks globally.