The third generation blockchain Cardano is making some promising strides with its development plan as it matures into its more decentralized “Shelley Era.” 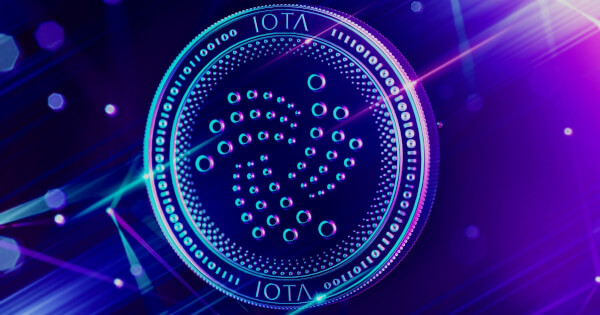 The Shelley Era will introduce the Shelley Mainnet, a decentralized network of community nodes operating on a PoS (proof of stake) consensus protocol, with less central governance coming from the developers.

Cardano hopes to showcase the scalability and utility of Ouroboros, its novel proof of stake algorithm and consensus protocol that has undergone scientifically rigorous peer-reviews, to the crypto community and the financial industry beyond.

Charles Hoskinson, CEO of Cardano and cofounder of Ethereum, announced the launch date for the Shelley update to be between June 30 and July 7.

In light of this news, the price of Cardano’s cryptocurrency, ADA coin, has risen 50% in just the last week, at a current list price of $0.080. Coinswitch modestly predicts that by 2023 ADA coins will reach the $2 dollar mark.

The hype around Cardano arises from its peer-reviewed claims of having worked out a more secure and scalable version of Ethereum. Like Ethereum, Cardano will ultimately provide a smart contract platform with the capacity for decentralized applications, but with a more secure cryptographic algorithm, designed from scratch using the programming language Haskell to securely run Cardano’s blockchain.

Slow and Steady Wins the Race

Cardano, initially released back in 2015, has taken a while to develop, which is one of the few stand-out criticisms leveled at it so far. CEO Charles Hoskinson, in turn, has stressed patience and testing, initially rolling out its foundational version, Byron, which allowed for the buying, selling, and trading of their ADA coin, while steadily growing the community’s size and testing its performance.

This slow and steady approach, according to Hoskinson, is to ensure that developers can work out any problems with the blockchain and make necessary adjustments and optimizations before it becomes decentralized, gains more users, and becomes less manageable.

In order to bridge the gap between fintech and traditional financial institutions, and put regulators’ and investors’ minds at ease, issues like security and scalability are paramount to blockchain’s acceptance. For governments and financial institutions to get on board, Cardano aims to improve upon some of the flaws in Ethereum – namely its scalability and security problems.

Cardano’s layered design, with a settlement layer and computational layer, allow the system’s capacity to grow as users join, getting larger with time.

As for security, Cardano also plans to use quantum-resistant signatures in the event that quantum computers become a security threat for public and private keys.

Cardano is still in the early phase of its development. Three more “eras,” or upgrades, are intended to take place in the future. The third phase, Goguen, will integrate smart contracts and the ability to build decentralized apps (DApps); the fourth, Basho, plans to optimize the network for scaling and interoperability purposes, while its final phase, Voltaire, will introduce a voting and treasury system to ensure that Cardano is self-sufficient and truly decentralized away from IOHK’s (the company behind Cardano) central management.

Cardano, unlike other cryptocurrencies, is both ambitious yet conservative in its approach to essentially creating a blockchain-based internet. These signs show that maybe this is indeed something to get excited about.

Aside from its philosophy, the economy is looking good for Cardano too. The market has continued to trend upwards for ADA, and investors are extremely bullish. It should be interesting to see where Hoskinson steers this endeavor, and if Cardano really can amount to the “JavaScript of blockchain.”

Guest Submission: This article was submitted by columnist Scott Bigman