Will Bitcoin Rise, Consolidate or Crash After BTC Price Rally to $40,000?

The Bitcoin price set yet another all-time high with BTC rallying to $40,394 making an 11% gain yesterday before dropping $3,500 almost immediately back below $37,000. Where to next for Bitcoin, the world’s most dominant cryptocurrency; will the BTC price rise, consolidate or crash? 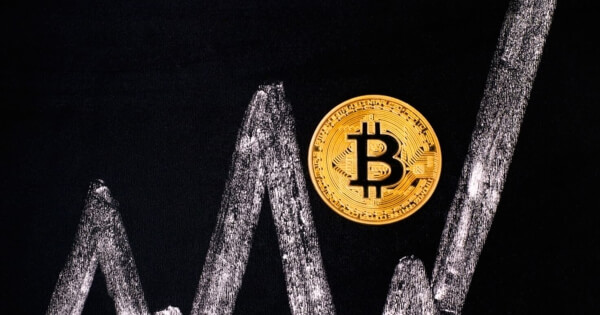 Bitcoin is trading at $38,158 at the time of writing with a market capitalization of around $700 Billion.

The year 2020 has seen Bitcoin in action, not so much as a currency but as a hedge against macroeconomic uncertainty. Unlike the 2017 retail crypto bull run, financial analysts and experts believe that Bitcoin’s bull run is largely driven by the surging investment from established institutions like Microstrategy, Paypal and MassMutual who now view BTC as a safe haven asset to hedge against rising inflation.

Gavin Smith, CEO of Panxora said in a note:

"It's no surprise that the world is watching bitcoin right now. Its price is soaring as the after-effects of the COVID monetary stimulus continue to raise concerns about inflation. As a result of quantitative easing, market players are adopting Bitcoin to hedge against instability. But while further growth is inevitable, investors should not expect this to move in a straight line."

Paolo Ardoino, CTO at Bitfinex discussed the rising utility of Bitcoin as a hedge against inflation:

“Bitcoin is rising in the eye of a perfect storm. The backdrop is one of continuing global macroeconomic uncertainty that has the potential to devalue fiat currencies. High finance's embrace of the digital gold narrative may potentially be followed by retail as the market cap of all cryptocurrencies reaches $1 trillion for the first time.”

The BTC price was trading at around $10,000 only four months ago in early September and did not break through the $20,000 psychological threshold until mid-December. Once Bitcoin broke through $20K there was no stopping the cryptocurrency. BTC took off, smashing through $28,000 over the Christmas weekend and rising above $30,000 on Jan.2. In less than a month, BTC has doubled in value and has increased over 700% since its low of $4000 in March last year.

Bitcoin continues to gain a lot of public and institutional attention as BTC surged past the $40,000 for the first time in its history, pushing the total value of the entire cryptocurrency market beyond $1 trillion. The Bitcoin price also fluctuated by over 17% yesterday and Smith added that new investors should be careful when entering the reputably volatile crypto market despite the current bull run of Bitcoin. He said:

"The reality is that bitcoin is far from being a magic money tree, nor is it free from downward price swings. In fact, we can expect dips as sharp as 25% at times as investors periodically withdraw profits. While they're right to be optimistic about additional growth, it's essential to still tread carefully." 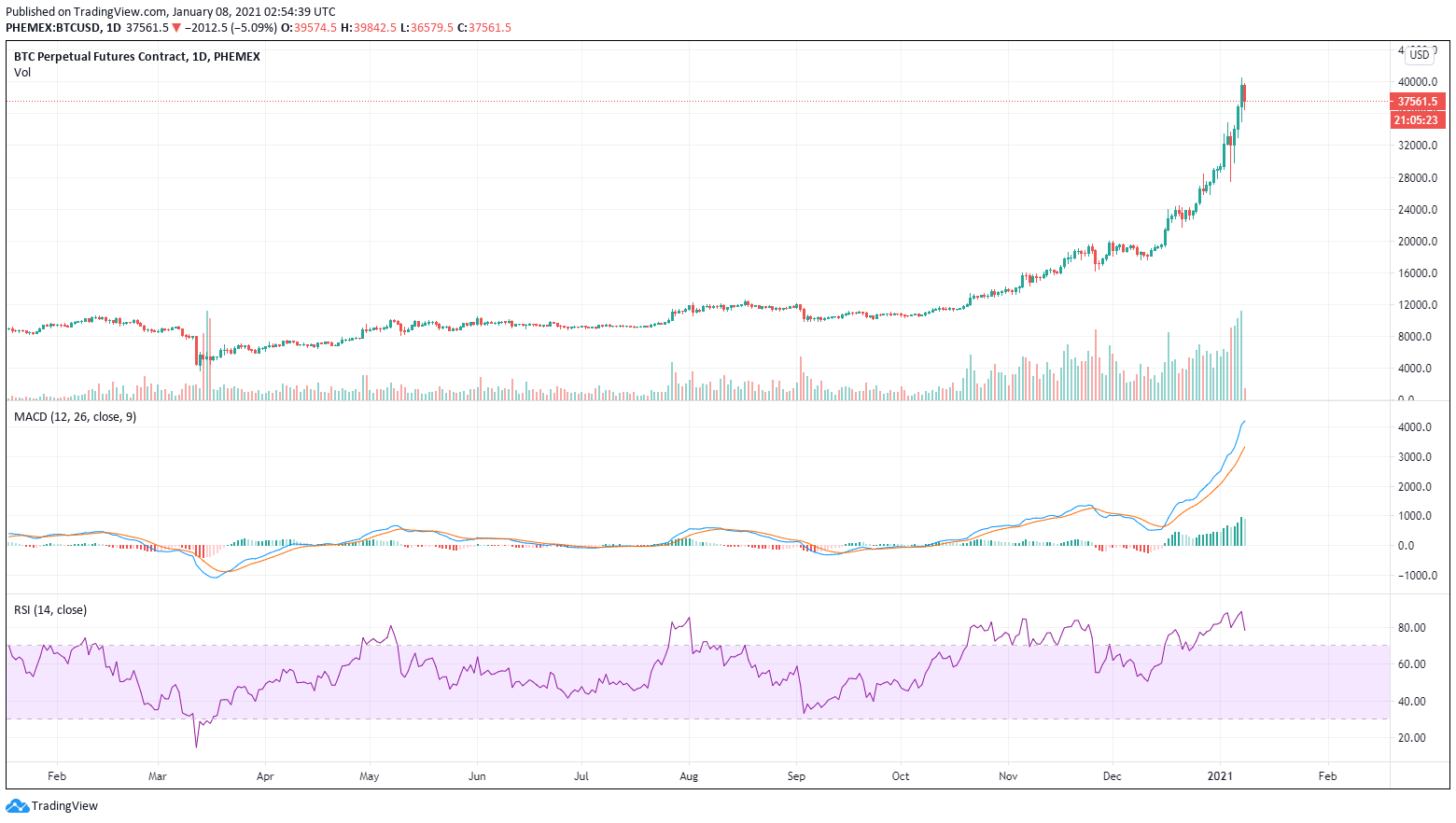 Bitcoin price has hit $40,000 and the total market cap of the cryptocurrency has surpassed 1 Trillion. As we can see on the daily chart, the MACD and RSI has entered an extremely overbought region. It is possible that the price will have a consolidation in the 33,000 to 40,000 region or even have a sharp drop to resume the uptrend.

There are two possible scenarios for the Bitcoin pirce that we may see from here as above, one is price consolidation around this level or potentially a flash crash of up to 15-25%.

We can see if $33,279 (0.382 Fib retracement level) or $31244 (0.5Fib retracement level) can provide some solid support for Bitcoin in the coming days in case of a price crash, and these could be a nice entry for BTC. Bitcoin is trading at $38,158 at the time of writing with a market capitalization of around $700 Billion.