Bitcoin's market rise today is historic, with the price currently sitting at over $21,770 and looks poised for a further break out—but where will the BTC price be in the next few months? 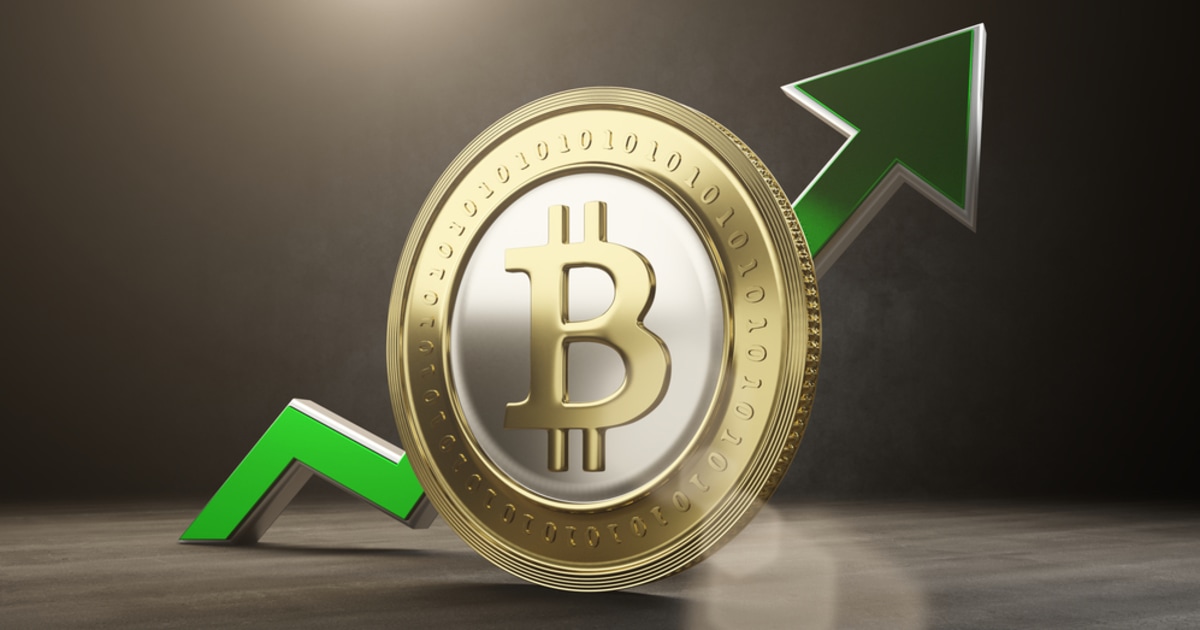 According to Ian Balina, the Founder and CEO of Token Metrics, an AI-driven digital asset research company and his team, the next few months into 2021 should be rather bullish with his team making several predictions.

Balina commented on the Bitcoin price rally to Blockchain.News in an email:

"This is a historical day for bitcoin. Bitcoin has reached a new all-time high without receiving much media attention compared to 2017 according to Google trends. As a result, the media and retail are about to return to bitcoin and find a much more mature and promising cryptocurrency. Bitcoin could reach $50K within the next few years or even higher. We're now officially in uncharted territory."

Where will this Bull Run Rest?

The Token Metrics team supplied two charts indicating where the Bitcoin price could go from here. At the time we received the charts, Bitcoin had only broken as far as $20,600. 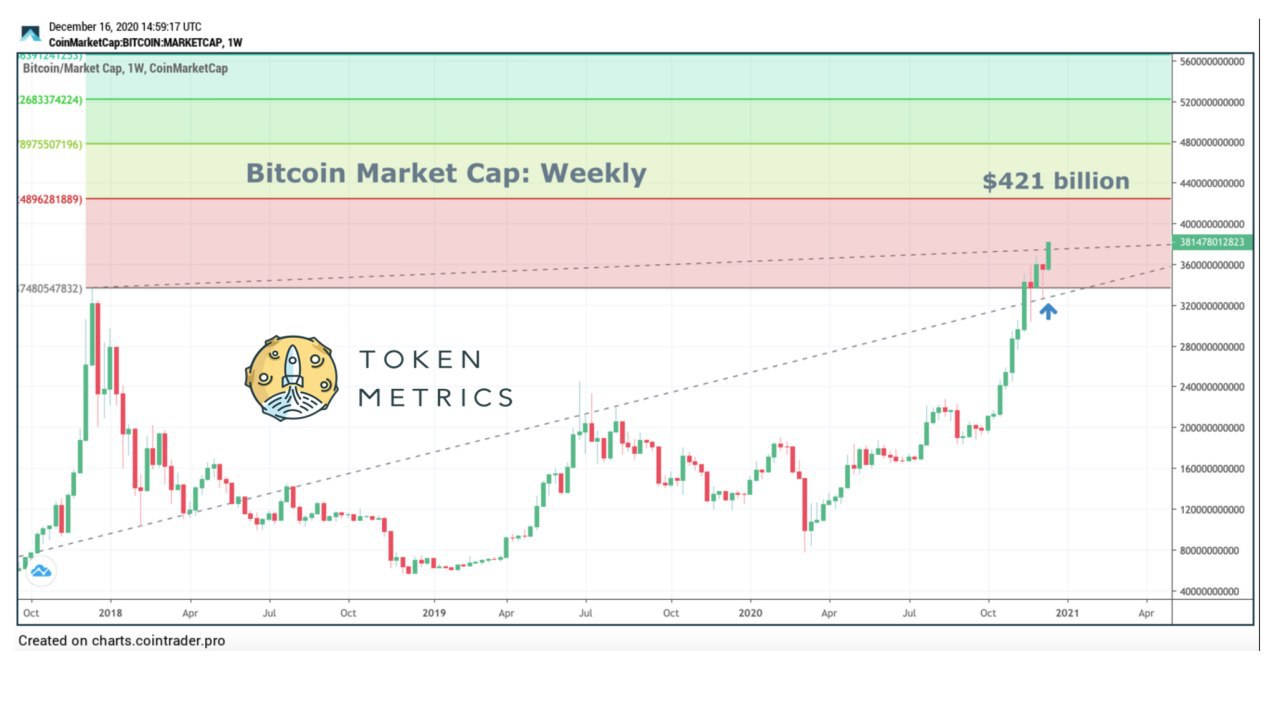 At the time of writing, Bitcoin’s market cap has already exceeded $400 Billion dollars according to CoinMarketCap, but the Token Metrics team show projections as high as $420 billion by early 2021. 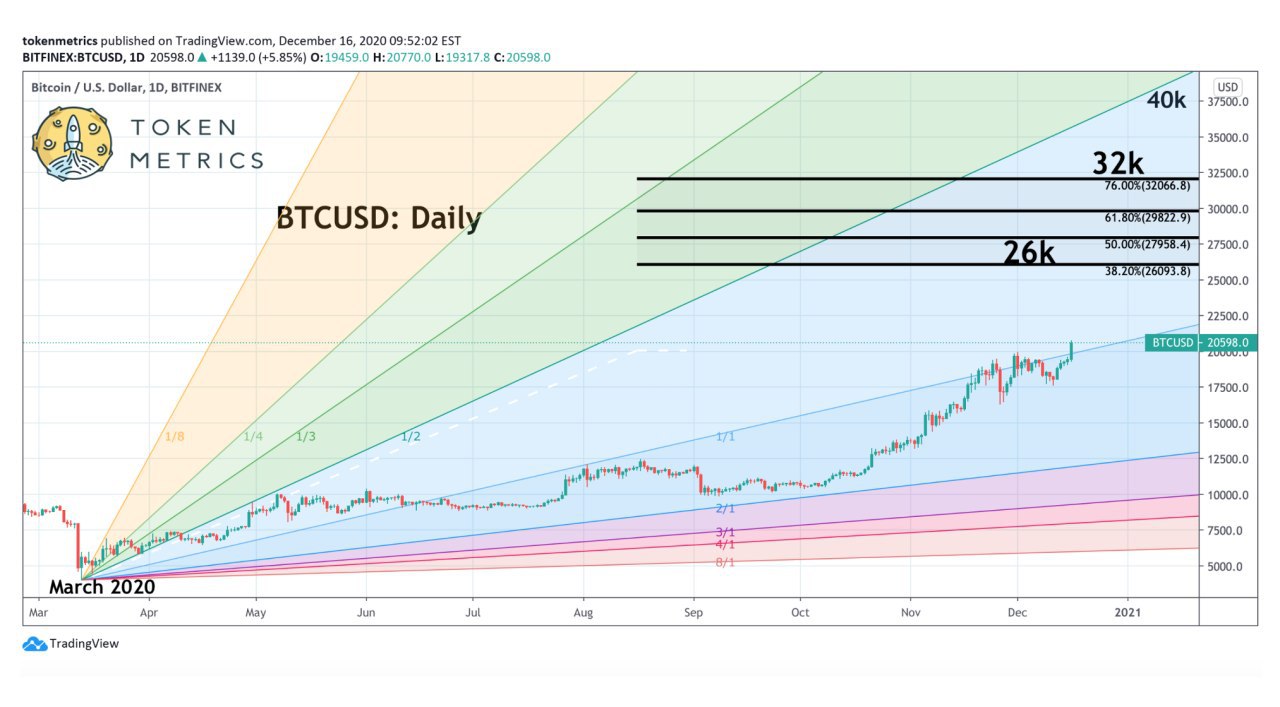 In terms of the Bitcoin Price, the Token Metrics team predicted the possible BTC upside targets. The team stress that $26k seems the most likely pricepoint for the firs month of 2021 but $32k being possible. The Bitcoin price exceeding $40k remains an outlandish scenario.

Industry expert and CTO of Bitfinex Paolo Ardoino also furnished Blockchain.News with his opinion on the current state of Bitcoin and where it is headed. He said:

“Bitcoin’s ascent above US$20,000 is yet another milestone in what has been an epic year[…]But the main story is not about speculation or trading. Bitcoin represents a monumental technological shift, the consequences of which are only just beginning to be seen. Critics should take heed of the quiet dedication of those building layers upon this technology that will change the very nature of money by the end of this decade.”