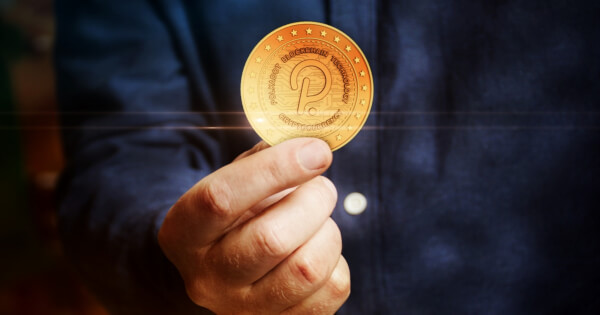 According to the official website, the Polkadot Trust’s 2.5% management fee will be exempted before January 1, 2023. The fund will be opened to qualified investors in the form of private placement at a price of no less than $25,000.

Osprey may choose the Polkadot fund to expand his own advantages. In contrast, although Grayscale digital asset management company has gone through the process of creating a Polkadot Trust, the final steps have yet to be finalized before institutional investors can leverage it for trade.

Therefore, Osprey's Polkadot Trust is the only one of its kind currently on the market. 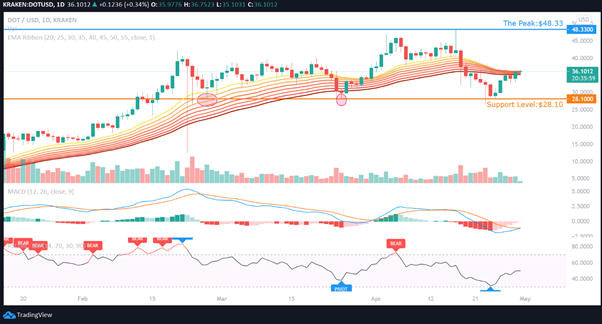 Polkadot (DOT) presented an inverted hammer candlestick on April 17, prompting the market to experience strong seller pressure after reaching the new all-time high of $48.33. Polkadot has since pulled back slightly, trading at $36 at the time of writing, after having consolidated between $32 and $34 for a few days. Currently, the bulls are actively pushing prices above the Exponential Moving Average ribbon.

The gradually flattening moving average indicates that the market's bearish trend is gradually weakening. But the trading volume for DOT has failed to grow, which means that DOT bulls are hesitant. The MACD indicator is glued below the zero axes, which indicates the possibility of a bullish crossover, but that remains to be confirmed in the upcoming days.

The RSI indicator reaches 50 equilibrium points, which also implies that the market is in equilibrium, and buying and selling pressures are currently on par.

Therefore, the power struggle between the bulls and the bears in the next few days will determine how DOT trends in the short term.