The price of any asset is always impacted by a combination of factors. Unlike traditional financial assets, Bitcoin has historically had its own set of factors affecting its price. Do things look any different now? Let's find out.

Bitcoin price is heavily dependent on supply and demand fluctuations, just like other assets. However, contrary to traditional assets, a BTC's supply is always known and its hard cap is set at 21 million coins.

The demand for Bitcoin always sits at the top of the crypto world's agenda (that's why adoption of BTC is so talked about). Higher demand will lead to an increase in its price, especially when institutional investors get involved.

For example, when companies and institutions began buying and holding Bitcoin in early 2021, its price rose significantly as demand outpaced the rate at which new coins were created, resulting in a decrease in the total available supply of the cryptocurrency.

Its price will drop, however, if there are more people who want to sell it.

News developments influence investor perception about Bitcoin in a major way, prompting them to want the crypto asset or get rid of it.

In spite of extreme volatility in BTC price, the year 2021 stands out for its unprecedented adoption by both institutions and corporations.

For example, Grayscale Bitcoin Trust, the firm's largest holding, had an average AUM of $31 billion and an average Bitcoin holding of 650K in 2021. 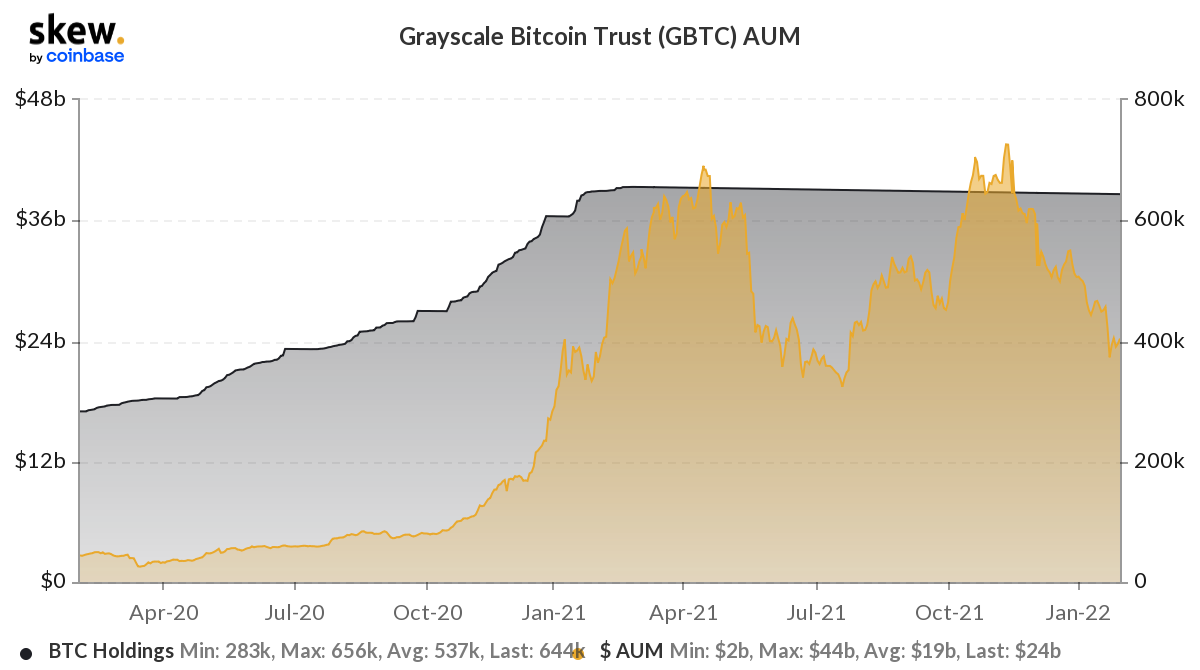 Bitcoin's price is also affected by regulatory developments. Changes in regulation can encourage or discourage investment in BTC or its use, which in turn leads to an increase or decrease in its price.

Here’s how the regulatory events in 2021 affected the BTC price:

Let’s consider an example of how indirect news events, such as reports about a political situation in a country somewhere in the world, can substantially impact the price of BTC.

The week-long uprising started in Kazakhstan on January 2, 2022. Most people don't realize the significance of this event for the crypto market. Kazakhstan is, however, the world's No. 2 Bitcoin miner. It accounts for about 18% of the global hashrate, and is only outdone by the United States. 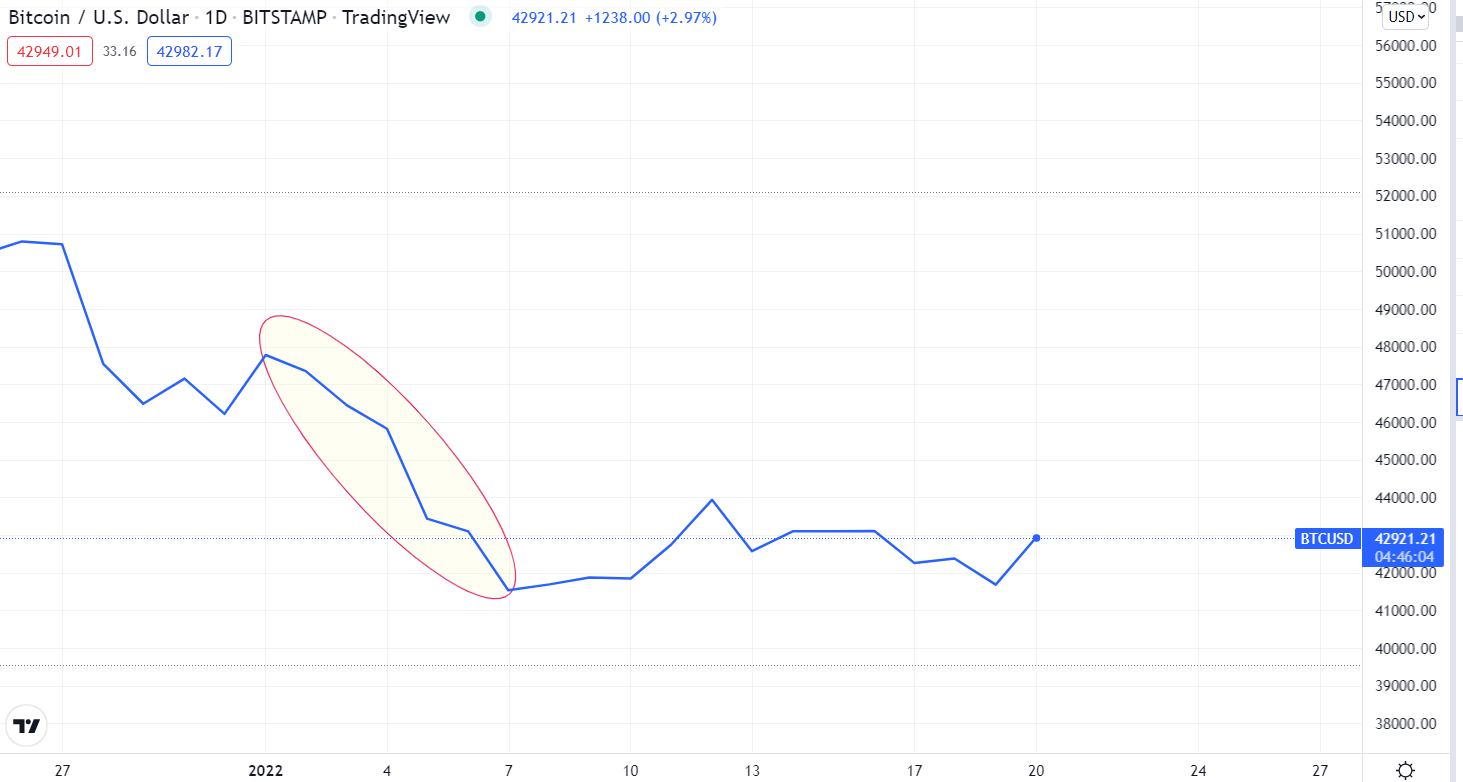 In theory, traditional-market related news such as reports on the macroeconomic environment or monetary policy of central banks should not affect cryptocurrencies owing to their decentralized nature. However, the current trend suggests otherwise.

Global news sentiment has a big impact on equity returns around the world, according to World Bank research. This effect is not reversible in the short run, suggesting an underlying source of sentiment-driven asset price fluctuations.

Below is the Daily News Sentiment Chart by the Federal Reserve Bank of San Francisco, which gives an overall measure of economic sentiment by analyzing news articles related to economics. 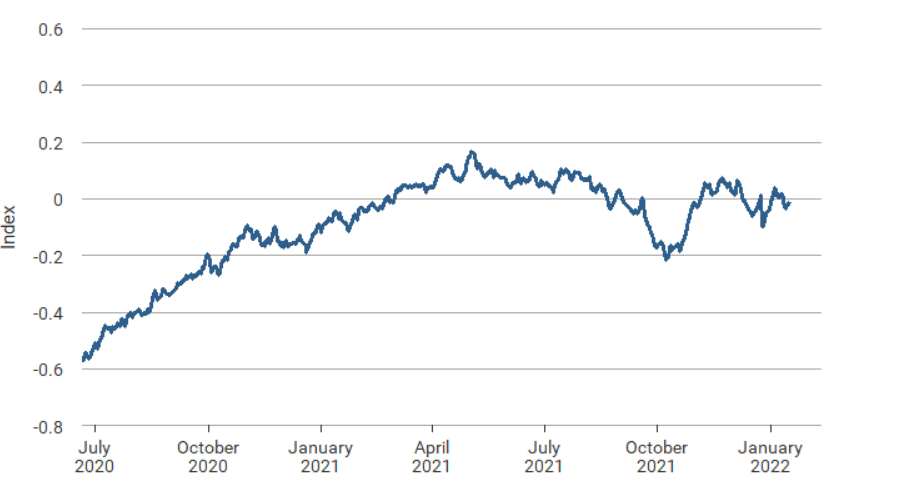 Although Bitcoin is not a traditional asset class, general news sentiment obviously influences its value.

Here's how Bitcoin's price chart looks when combined with the news sentiment index for the same period: 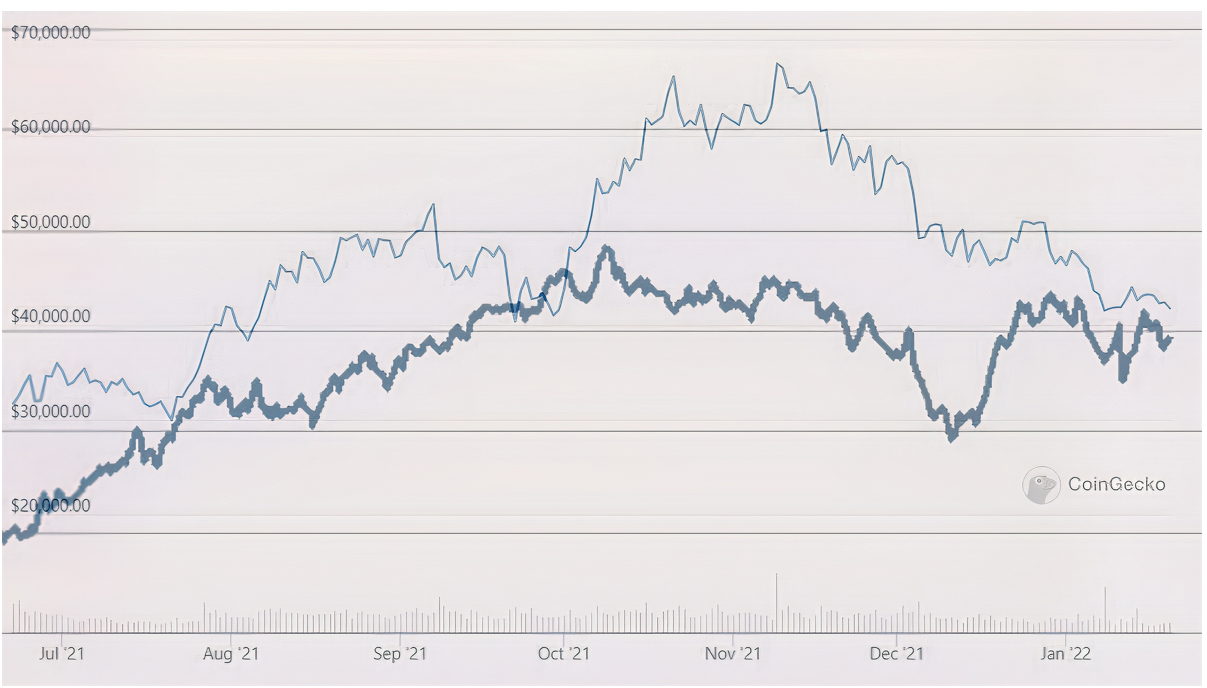 Historically, crypto assets didn’t show a strong correlation with major stock indices. In the latest data from Coinmetrics, however, the daily correlation between Bitcoin and the S&P 500 jumped to 0.47 on January 28, 2022, indicating a close correlation.

As the crypto market matures, new trends are emerging that we haven't observed before. Initially a fringe asset, Bitcoin is now increasingly acting like a traditional asset, sensitive to the same market forces. In addition to news on crypto regulations and institutional adoption, Bitcoin price is affected by changes in general economic conditions and world events that impact traditional markets.

P.S. This article has first appeared on Bitcoinmagazine.