Institutional-grade digital asset manager, Grayscale Investments is up $3.4 billion in assets under management (AUM) over the last week, bringing its total AUM to $16.4 billion. 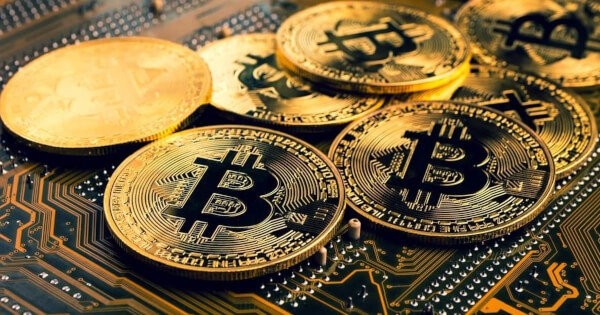 On Dec. 15, Grayscale announced in a tweet that the digital asset manager was holding around $13 billion in AUM. Just a week later, Grayscale has announced an incredible growth of $3.4 billion.

Barry Silbert, Founder and CEO of Digital Currency Group which is the parent of Grayscale, shared the data on Twitter, commenting on Grayscale’s incredible growth in AUM over the last 24 hour period. 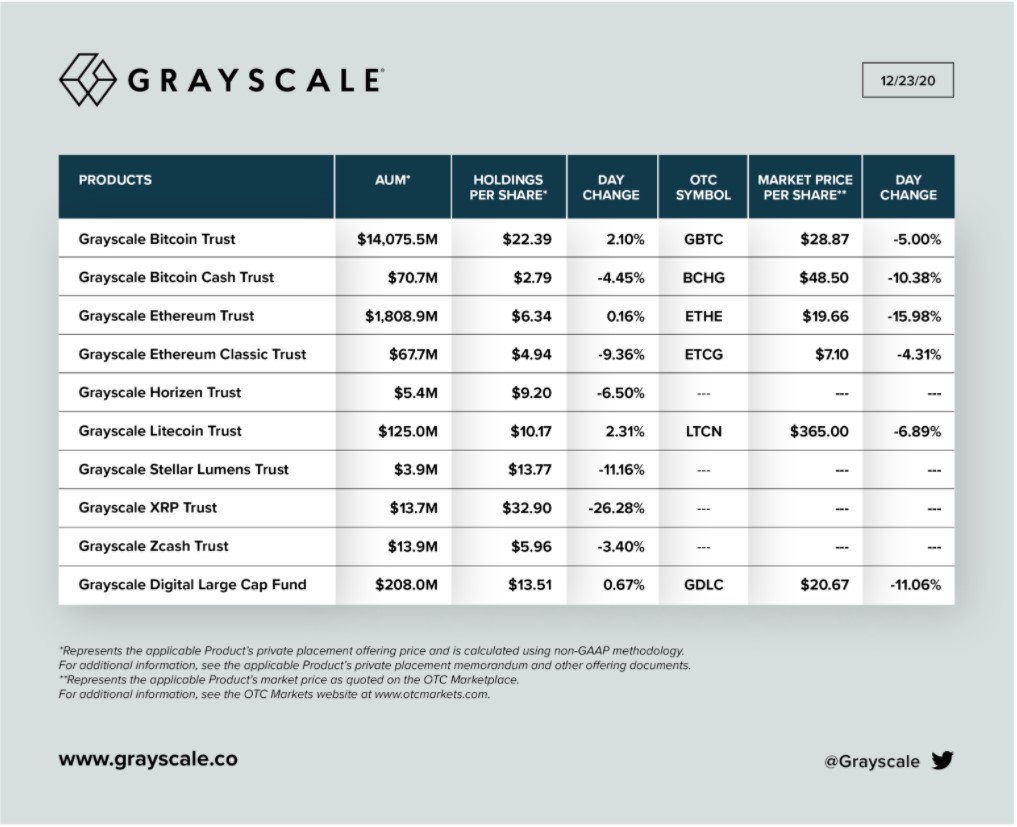 Data tweeted by the digital asset management firm show that its largest holding are still in Bitcoin and the Grayscale Bitcoin Trust has $14.1 billion in the top cryptocurrency.

Bitcoin’s price plunged to under $23,000 in the past 24 hours, before recovering to trade at the highs again above $24,000. The world’s largest cryptocurrency has seen slight volatility, and has dropped back down below the $23,000 level, before gaining strength to trade at $22,873 at press time.

As the market produces less volatility and moves sideways, shares in GBTC have fallen to 28.88 USD −1.51 (4.97%). However, despite the drop in price, GBTC’s premium on Bitcoin remains at around 33% indicating that institutional demand for Bitcoin remains very high.

Arguably the most widely known investment product of digital asset industry, Grayscale’s Bitcoin Trust (ticker: GBTC), has evolved into the de facto indicator of Bitcoin’s market sentiment. One of the most interesting aspects of GBTC has been its premium over Bitcoin’s price, currently at a level of 33%.

In the nascent and volatile world of Bitcoin and cryptocurrency, the premium is the amount institutional and professional investors are willing to pay to not have to take custody of their own private keys, but still, get exposure to the underlying crypto asset.

GBTC sold at a similar premium last week, and crypto analyst Willy Woo, who goes under the Twitter handle Woonomic, could not have been more thrilled with the bullish institutional sentiment for Bitcoin.

To clarify, the premium placed on Bitcoin is not applied by Grayscale itself but is priced in by the United States public market where GBTC shares trade.

GBTC is a stock offered on NASDAQ or any United States public stock exchange that holds Bitcoin as its primary asset. It is also one of the few choices for investing in bitcoin without buying the asset directly. Each share contains 0.00095054 BTC and is currently selling for 28.88 per share.

This means that if an investor were to buy enough GBTC shares to equate to a whole Bitcoin, it would cost them around $30,421 a 33% increase on the BTC price of $22,873 at the time of writing.