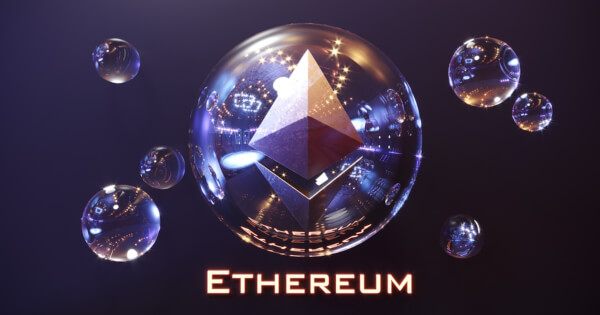 Ethereum is not relenting in its quest to attract more players because addresses consisting of one to ten ETH reached a new milestone by hitting the 1 million mark. Crypto insight provider IntoTheBlock confirmed:

“ETH increasing adoption. The number of addresses with 1 to 10 ETH recently surpassed the milestone of 1 million addresses and has continued to climb since. These addresses collectively hold 3.31m ETH, and they increased their balance by 4.75% over the past 30 days.” 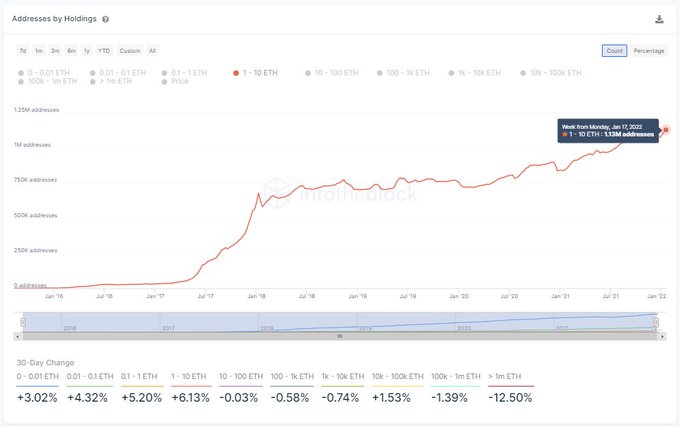 Ethereum’s adoption has been accelerating because it is one of the sought-after networks in trendy markets like non-fungible tokens (NFTs) and Decentralized Finance (DeFi).

These are some of the factors that have made Ethereum get more limelight. For instance, American investment management firm ARK Invest recently stated through a report dubbed “BigIdeas2022” that ETH’s price and market capitalization could reach $180,000 and $20 trillion, respectively, by 2030.

On the other hand, Ethereum whales have been ramping up their positions after increasing their portfolio by 200,000 ETH in the past week. This kind of accumulation has not been seen in the last two months, suggesting that whales are back to their buying game. 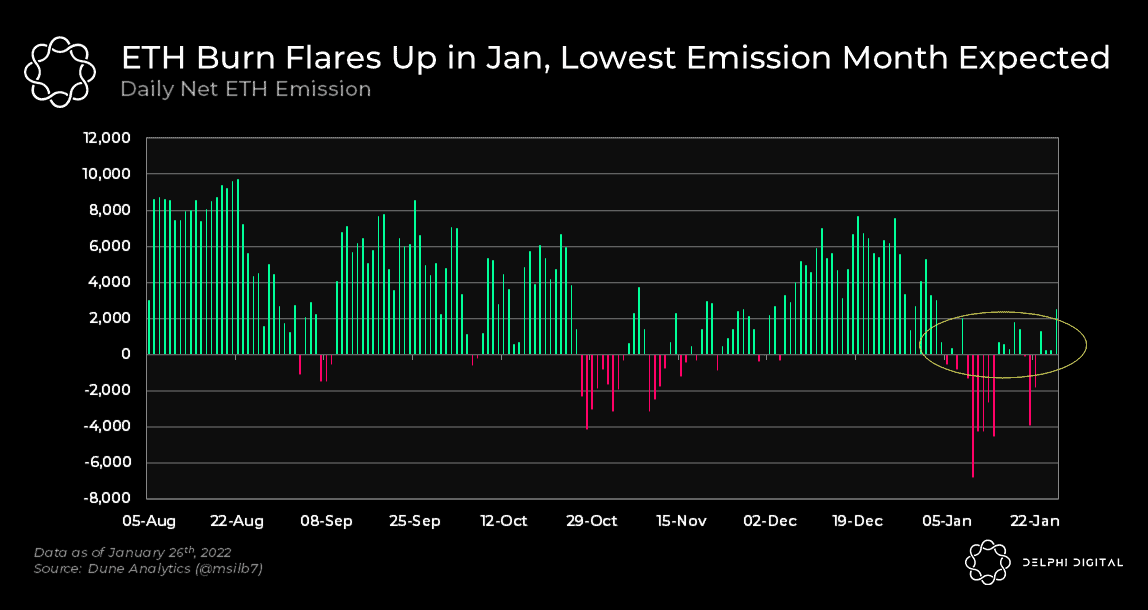 The burning mechanism was introduced in August 2021 after the London Hard Fork or EIP 1559 upgrade went live. As a result, scarcity was instigated every time Ether was burnt after being used in transactions. This feature was to help in eliminating inflationary tendencies that the Ethereum network was accustomed to before.