With the effects of the COVID-19 pandemic economic meltdown further fueling the rise of Bitcoin and cryptocurrency as an investible asset class, three giants of the crypto industry have announced plans to go public in 2021 and take Wall Street by storm. 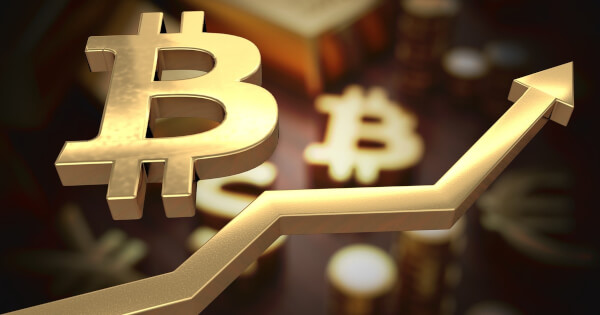 The crypto industry is finally making the leap to mainstream investment on Wall Street. In 2020, major financial service and payments companies like JPMorgan, PayPal and Mastercard have been creating new avenues for public exposure to Bitcoin and crypto.

Major institutional investors and enterprises such as Microstrategy and MassMutual Insurance have also been allocating serious amounts of capital to Bitcoin and crypto, mainly as a hedge against the weakening dollar and impending inflation due to stimulus payments and unprecedented relief spending of governments around the world.

As cryptocurrency and Bitcoin surge into public and institutional consciousness, three large companies in the crypto space have announced or hinted that they are planning to launch an initial public offerings (IPO) to raise money on public markets.

As the United States Federal Reserve and central banks like the ECB continue to hold interest rates at record lows, the inflation narrative is gaining strength and going public in 2021 could be the tipping point for these crypto firms seeking public listing.

In January this year, Ripple CEO Brad Garlinghouse predicted that initial public offerings (IPOs) will become more prevalent in the cryptocurrency and blockchain space in 2020.

While speaking at the World Economic Forum in Davos on, Jan. 23, Garlinghouse went as far as to hint that Ripple would itself be one of those firms to seek a public flotation. Garlinghouse said at the time:

Unless you have been living under a rock in the crypto-sphere, it goes without saying that Ripple’s plans are currently up in the air with the ongoing Securities and Exchange Commission (SEC) lawsuit against the sale of XRP tokens as unregistered securities.

Unclear regulation towards altcoins like XRP along with its current regulation battle would make it incredibly difficult at this point to gain public confidence for investment into a Ripple IPO.

The most well-publicized and likely planned IPO for 2021 comes from major United States crypto exchange Coinbase.

The long-anticipated Coinbase Initial Public Offering (IPO) was finally filed on Dec.18 and now awaits the review and approval of the Securities and Exchange Commission (SEC) before the filing will be made public.

Coinbase is looking to go public in the coming months and submitted a draft registration (S1) form to the Securities and Exchange Commission (SEC), which read:

“Coinbase Global, Inc. today announced that it has confidentially submitted a draft registration statement on Form S-1 with the Securities and Exchange Commission (the “SEC”).

The Coinbase public offering is causing a stir in the markets and Coinbase (CBSE) pre-IPO contracts for the leading United States cryptocurrency exchange is currently trading at a projected valuation of nearly $70 billion dollars on FTX trading—a figure that is equal to three times the total value of the booming decentralized finance (DeFi) market and eclipses the entire marketcap of Ethereum.

According to a report from Messari in November this year, a third party that might also soon throw their hat into the crypto firm IPO mix is Digital Currency Group.

While discussions over an IPO have not been raised publicly from DCG’s end, the report crunched down some numbers, which indicated that DCG would present a strong case for a successful IPO.

Owning firms like Grayscale Investments and Genesis Global, Digital Currency Group has built up not only an extremely profitable business but also a good reputation amongst institutional players. This reputation could make an easy sell to raise capital for an IPO in the public markets—but DCG is already a giant and may not even need public funding to succeed.

Messari projects that DCG could be worth over $4 billion should they go public in 2021.