Long-term holders (LTHs) have emerged to be significant players in the Bitcoin (BTC) ecosystem. For instance, they have been setting the accumulation ball rolling by purchasing more BTC.

As a result, the Bitcoin supply held by LTHs continues going through the roof after recently hitting 66%. On-chain metrics provider Glassnode explained:

“The proportion of Bitcoin supply held by LTHs continues to trend higher as coins are held dormant. Previous bull markets were triggered when LTH supply reached between 63.6% and 71.5% although often after many months at these levels. LTHs currently hold 66% of the BTC supply.” 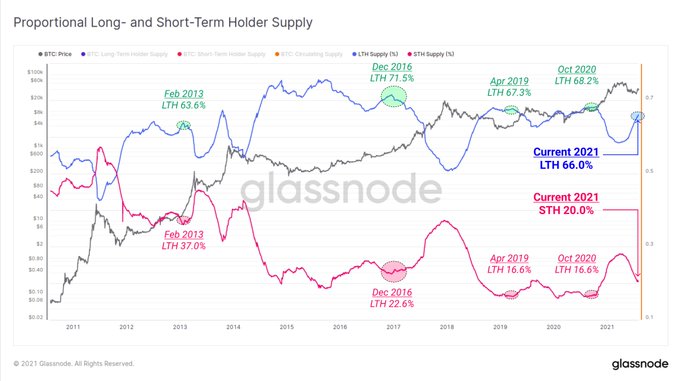 According to on-chain analyst Will Clemente:

“The number of new users coming on the Bitcoin network continues to reach new all time highs.” 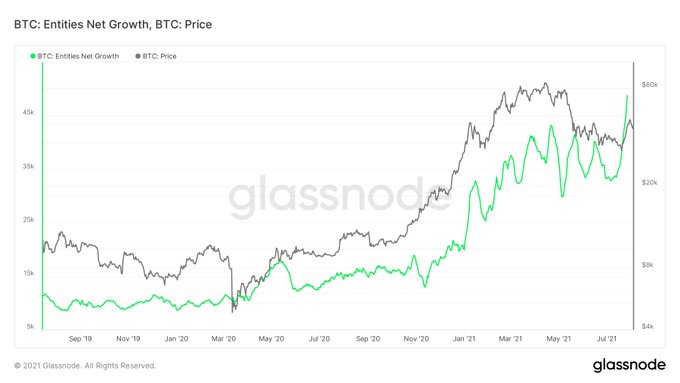 Bitcoin adoption has been experiencing an uptick, with Sub-Saharan Africa and Northern America leading the pack. Reportedly, 46 million Americans own BTC, making the leading cryptocurrency one of the most held financial assets in the nation.

Santiment, a crypto analytic firm, acknowledged that Bitcoin was experiencing a huge wave of coins exiting exchanges indicating less selloff risk because coins were being moved to offline wallets. Furthermore, this is bullish because it demonstrates a holding culture. 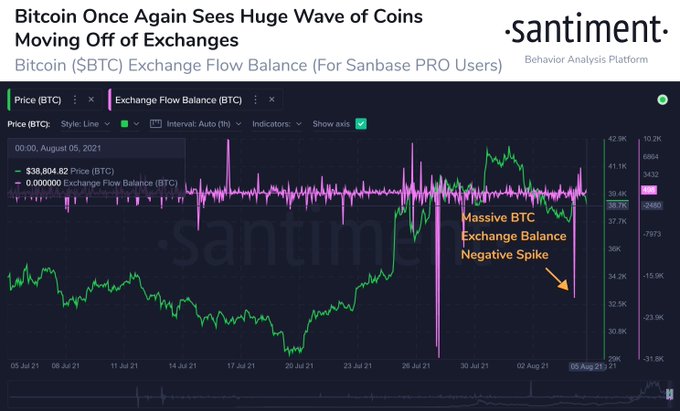 On the other hand, BTC hashrate is experiencing an uptrend, as acknowledged by Documenting Bitcoin. The market insight provider noted:

“Bitcoin hashrate is beginning to recover from one of the largest infrastructure displacements in modern history—with roughly 45% of the Bitcoin mining industry relocating continents.”

As LTHs currently hold 66% of Bitcoin supply, whether this will trigger a bull run as has been the case before remains to be seen.