In the past 24 hours, Bitcoin has attempted to record a new all-time high as it surged past $24,000 once again. However, Bitcoin’s bullish momentum did not manage to hit a new all-time high, and BTC’s price has slightly retraced and is now trading at $23,732 at the time of writing. 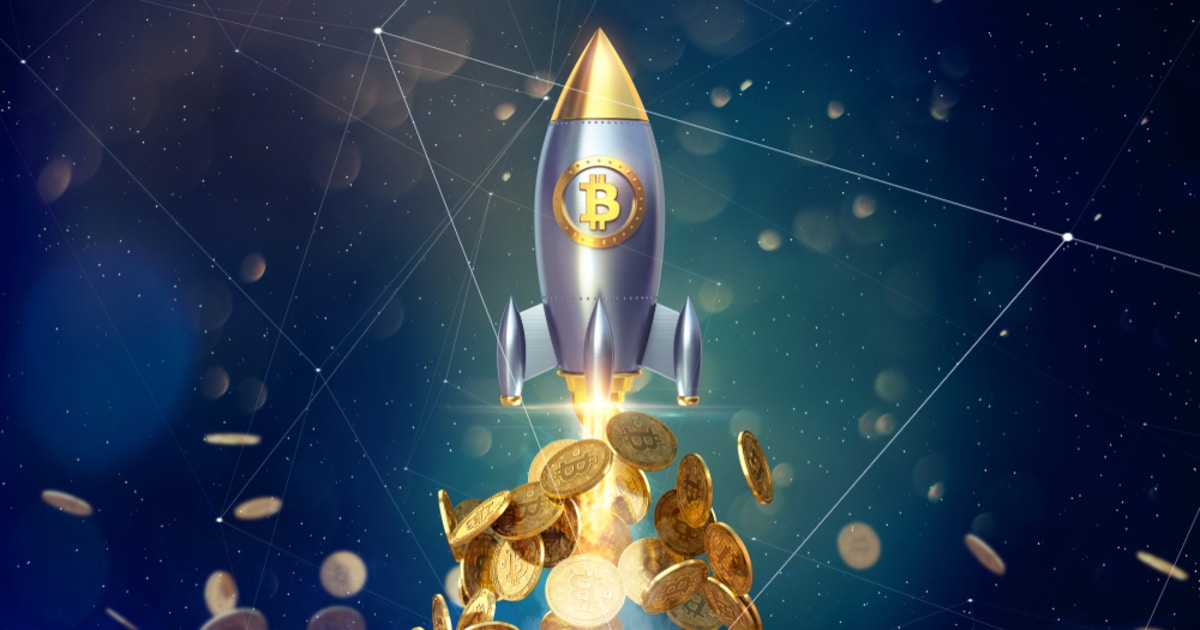 Although Bitcoin did not manage to sustain its price above the $24,000 level, the cryptocurrency did find strong support above $23,000. According to crypto analytics firm Santiment, BitMEX’s perpetual contract funding rates has returned to a neutral territory after longs were paying shorts significantly. Santiment explained that this is an encouraging indicator for both Bitcoin and Ethereum:

“An encouraging sign for both #Bitcoin and #Ethereum is the fact that @BitMEX perpetual contract funding rates are back to neutral territory after longs were paying shorts significantly (especially for $ETH) on and off for the past week.” 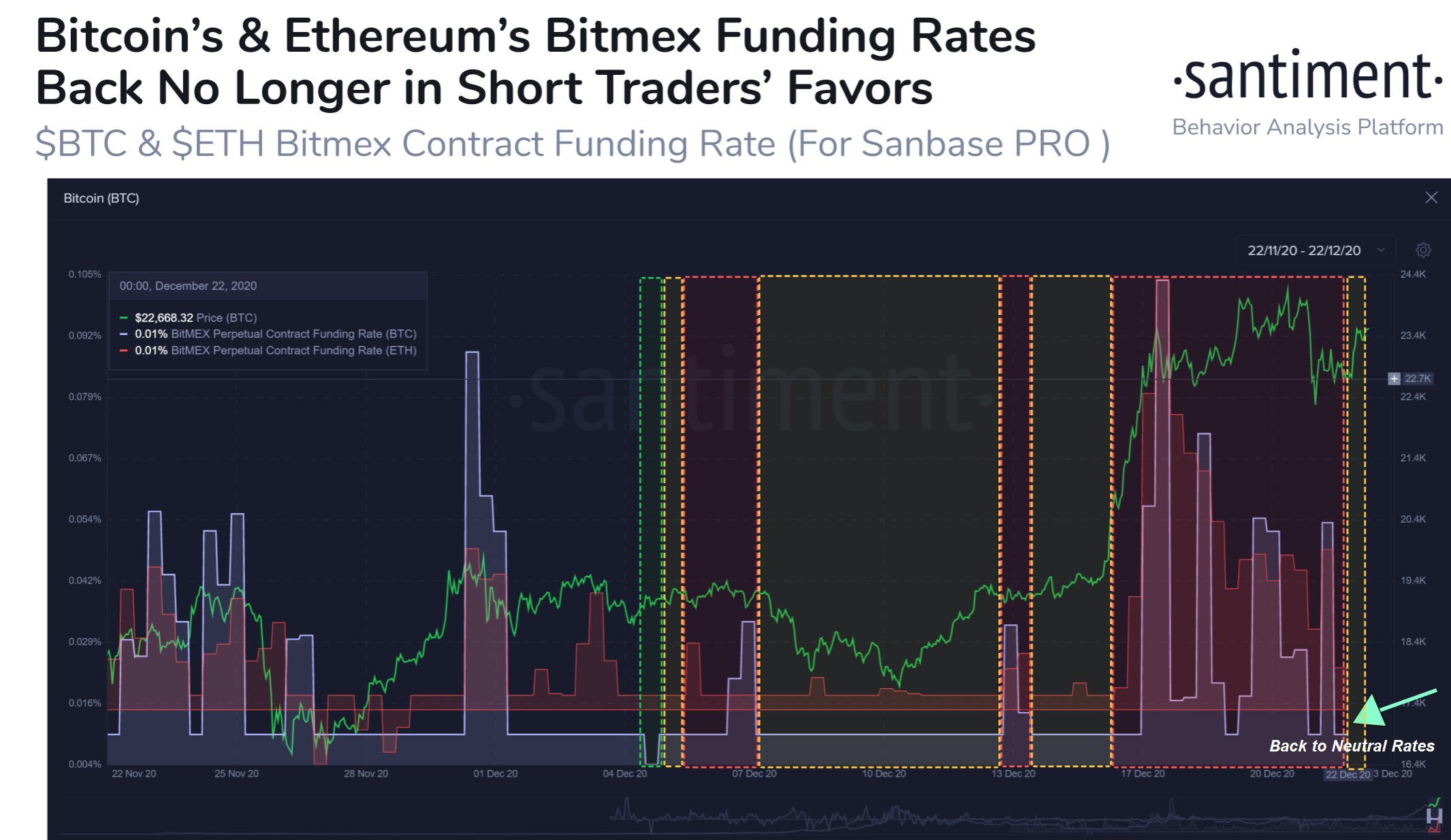 Although Bitcoin’s price has rallied in the past week, Bitcoin miners have not been spending more Bitcoin than usual. According to crypto analytics firm Glassnode, BTC miner outflow is far from previous tops. Glassnode explained:

“Despite the recent rally, #Bitcoin miners are not spending more $BTC than usual. The Miner Outflow Multiple, which shows when BTC miner outflow is high with respect to its historical average, is far from previous tops and even below the 2019 local top.” 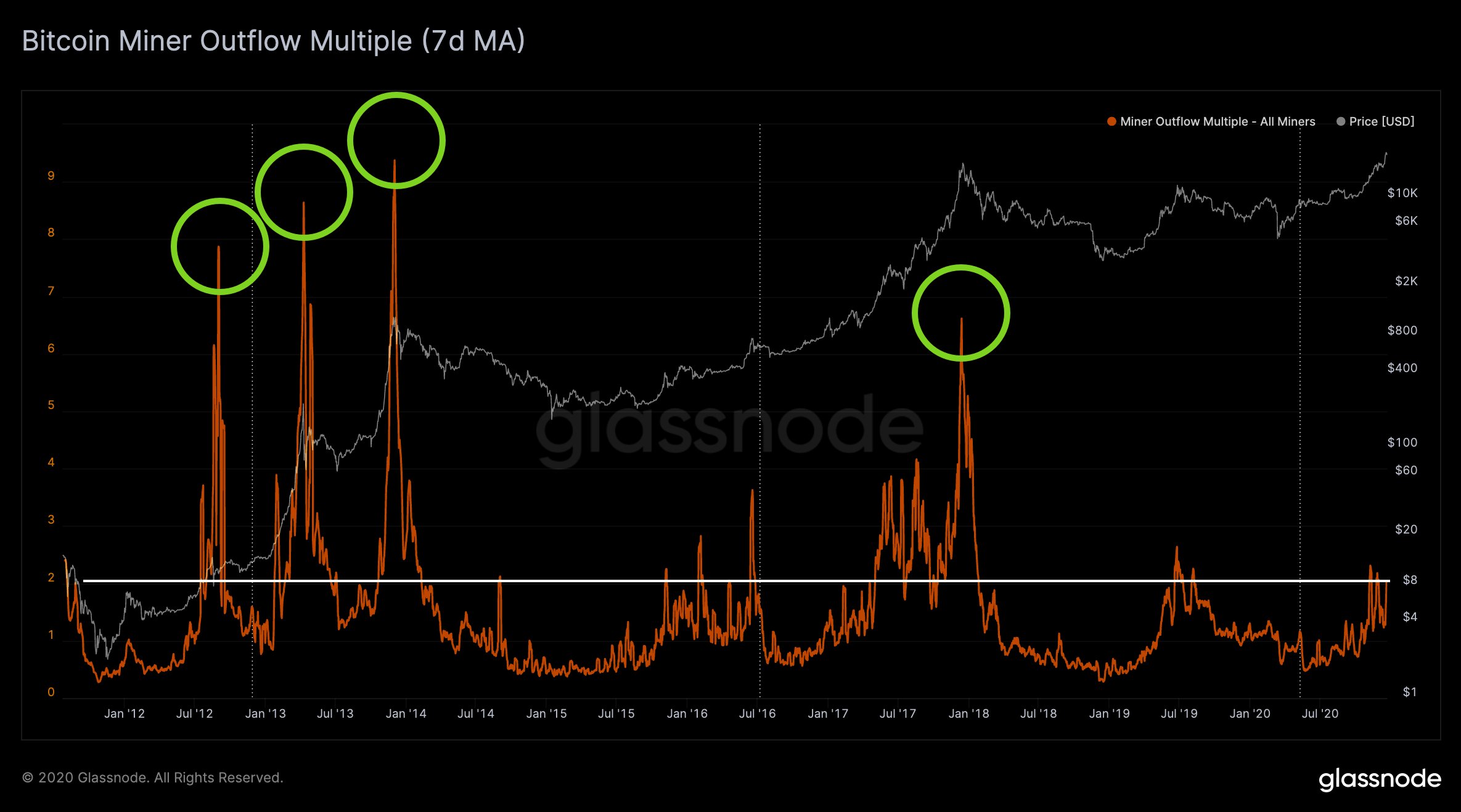 Another cryptocurrency trader noted that Bitcoin’s current price trend is still bullish, although there could be a chance of correction later on. The trader said:

“I'm bullish on $BTC here. I don't think this is THE correction everyone is waiting for. That will come a bit later imo.” 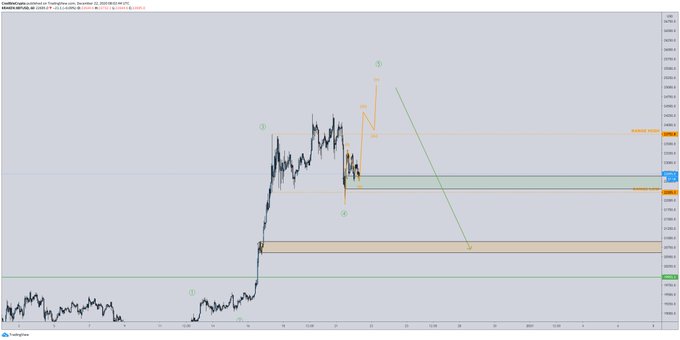 CEO of Cryptoquant, Ki Young Ju noted that the buying power of Bitcoin remains strong, although there is a risk of whales dumping on exchanges:

“I aware of the dumping risk as whales are active on exchanges, but I'm not short on $BTC since the buying power is so strong now. I punt long with low leverage. When this indicator hits 2 BTC, it is likely to be sideways or bearish. It always has been sideways since November.” 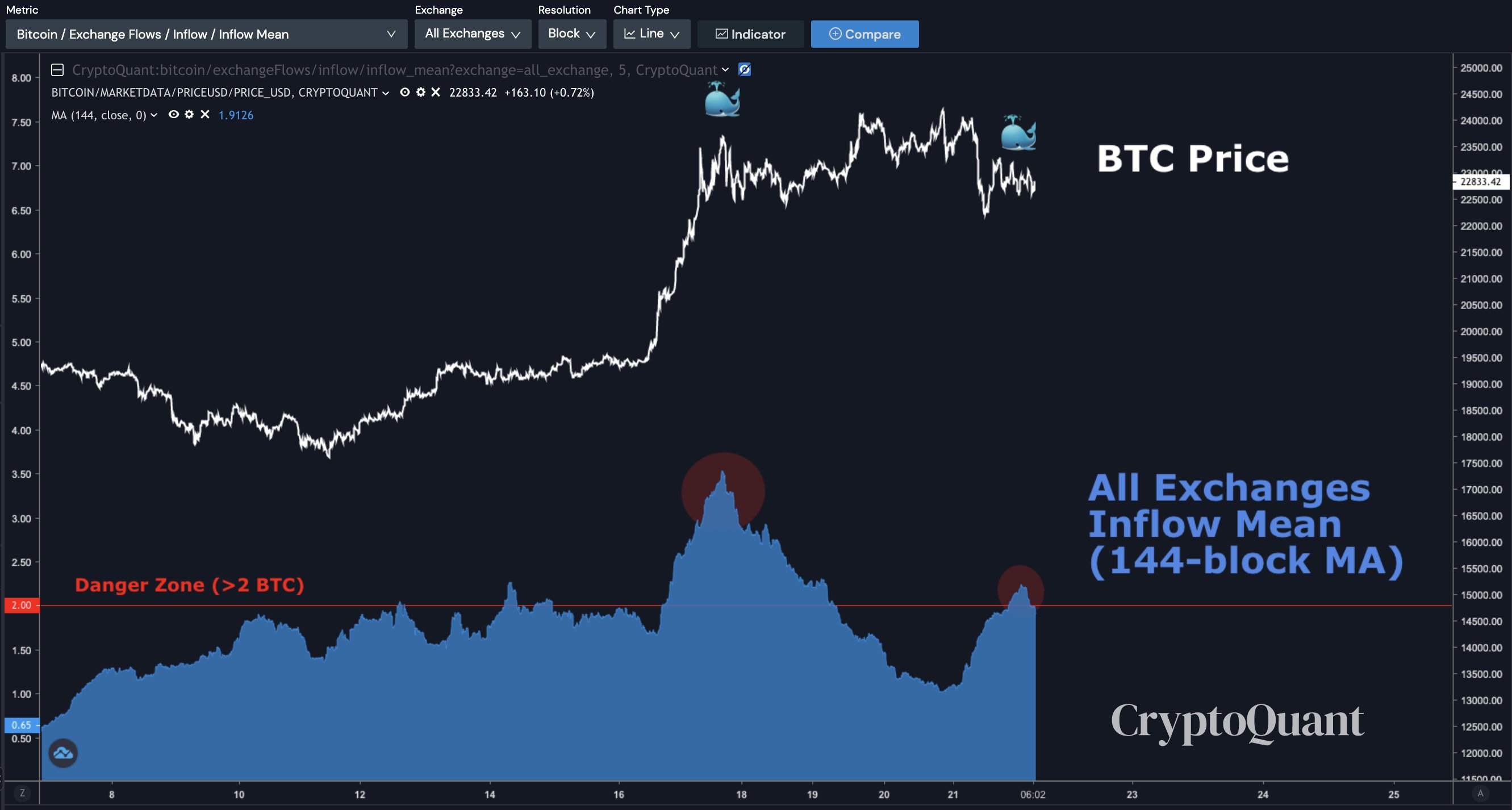