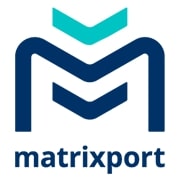 
Trading Crypto with Eugene is a series of daily commentary of market analysis and trading advice shared by Eugene Ng of Matrixport, a veteran trader with 10 years of experience in top-tier global investment banks. If you like the article, please follow us here on Blockchain.News so you won't miss our future publications.

BTC has been confined to its tight $9,600 to $9,900 range for the past 2 days, and so it's been a snoozer, and so are major alts. At least the argument that alts will lift all boats for the next bull market has been dwindling. I still have to say that it's impressive how ETH has outperformed BTC by more than 50% YTD. In terms of news, Fidelity mentioned a third of large institutions own digital assets like Bitcoin. Interestingly, this survey was done from last November to March this year, before the PTJ news in May. So I actually think that there is likely going to be a higher % of institutions dabbling into the space since. FOMC tonight with consensus heading rather dovish. For example MS expects Fed to switch to a monthly program of Treasury QE at $80bn per month with a dovish bias in projections. Of course, Powell isn't going to offer much clarity in explicit forward guidance. With Nasdaq crossing 10k momentarily last night (just 2 minutes), the market is starting to get excited. Nikola, a electric truck company with 0 earnings, has more than doubled in share price from last week, is now actually worth close to $30 billion (more than Twitter?). IPO Vroom last night did a 100% on its debut. Hertz, Macy’s, and Chesapeake are bankrupt, but they have been putting some solid gains in the past few sessions. Market discipline hasn't paid off in a market where the degenerate gamblers on Robinhood have been outperforming billionaire investors such as Druckenmiller who's returned only 3% despite a whooping 40% bounce in U.S. equities. Well, tomorrow it may end, but for tonight, let's put on those dancing shoes. Trade Strategy? Greed is good, because that's one of my indicators for me to check in on a top for U.S. stocks. For now, we haven't really hit max greed, there's obviously some greed, but not enough for me to see a massive drop off in US stocks. Having said that, I do think there are some exhaustions and signs for a temporary retracement in stocks. So why the whole commentary on U.S. stocks? Because this could hurt BTC given the strong correlation between them (see chart below). Trade nothing, leave offers between 10k/10.5k and bids 8.2/8.8k. Implied volatility has been heading close to pre-March 12 lows, so this should increase the odds of heading into a "wild volatile" session which will see some really funky price action (i.e. see-saw). Trade Idea? Start scaling into some 2-week or 1-month ATM Bitcoin straddles (calls+puts) given depressing volatility levels we are trading here. Gdluck.There is a chance we break and touch 10.5k but head all the way back down. Who knows, better to stay out and lay cheeky offers and bids then get liquidated by the degen HFT boys... 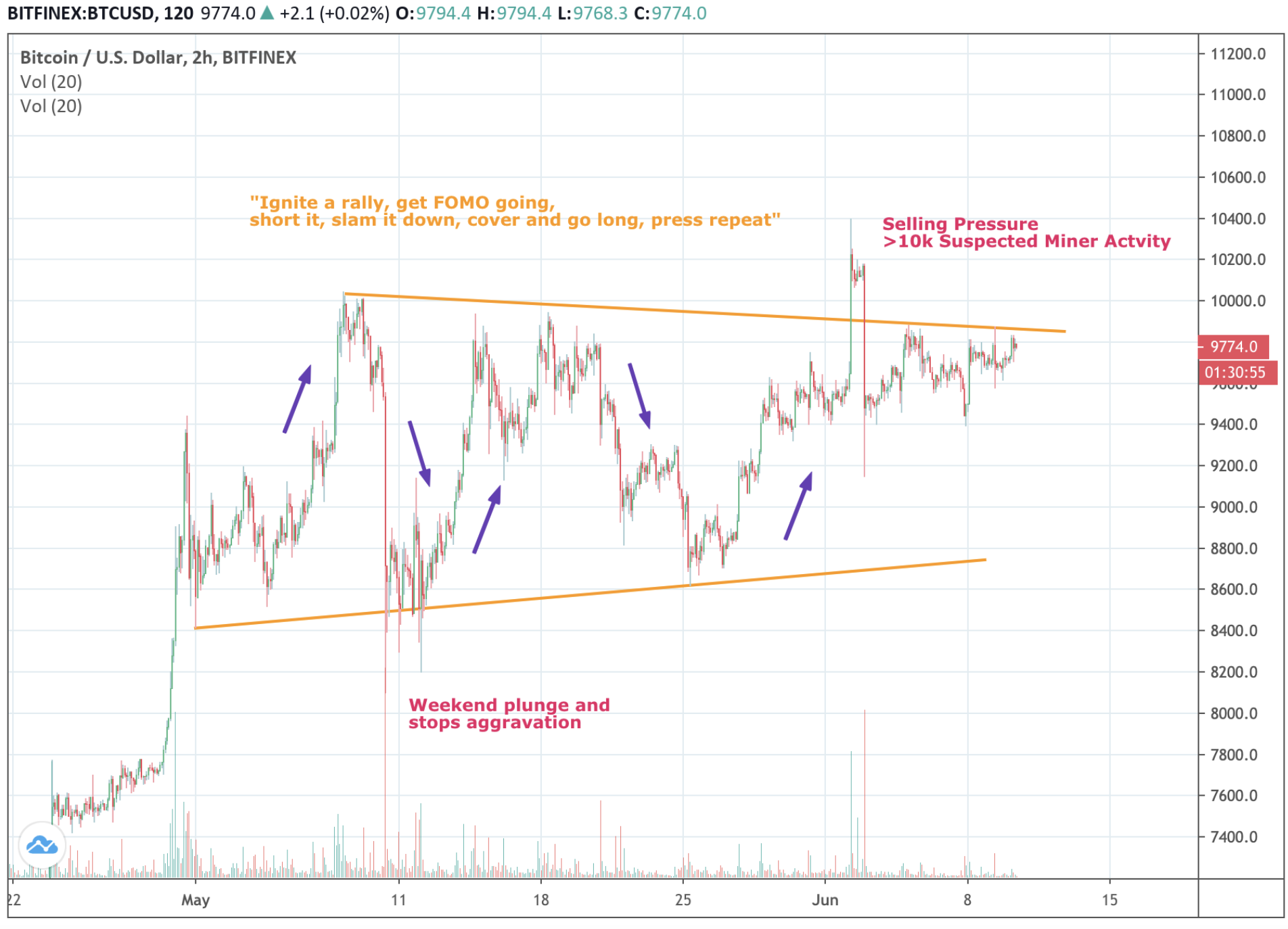 Yes BTC dominance should return back to the trendline, so ALTS lift all boats? Maybe not... but will this be the reason we see the next bull run up? Not sure.. 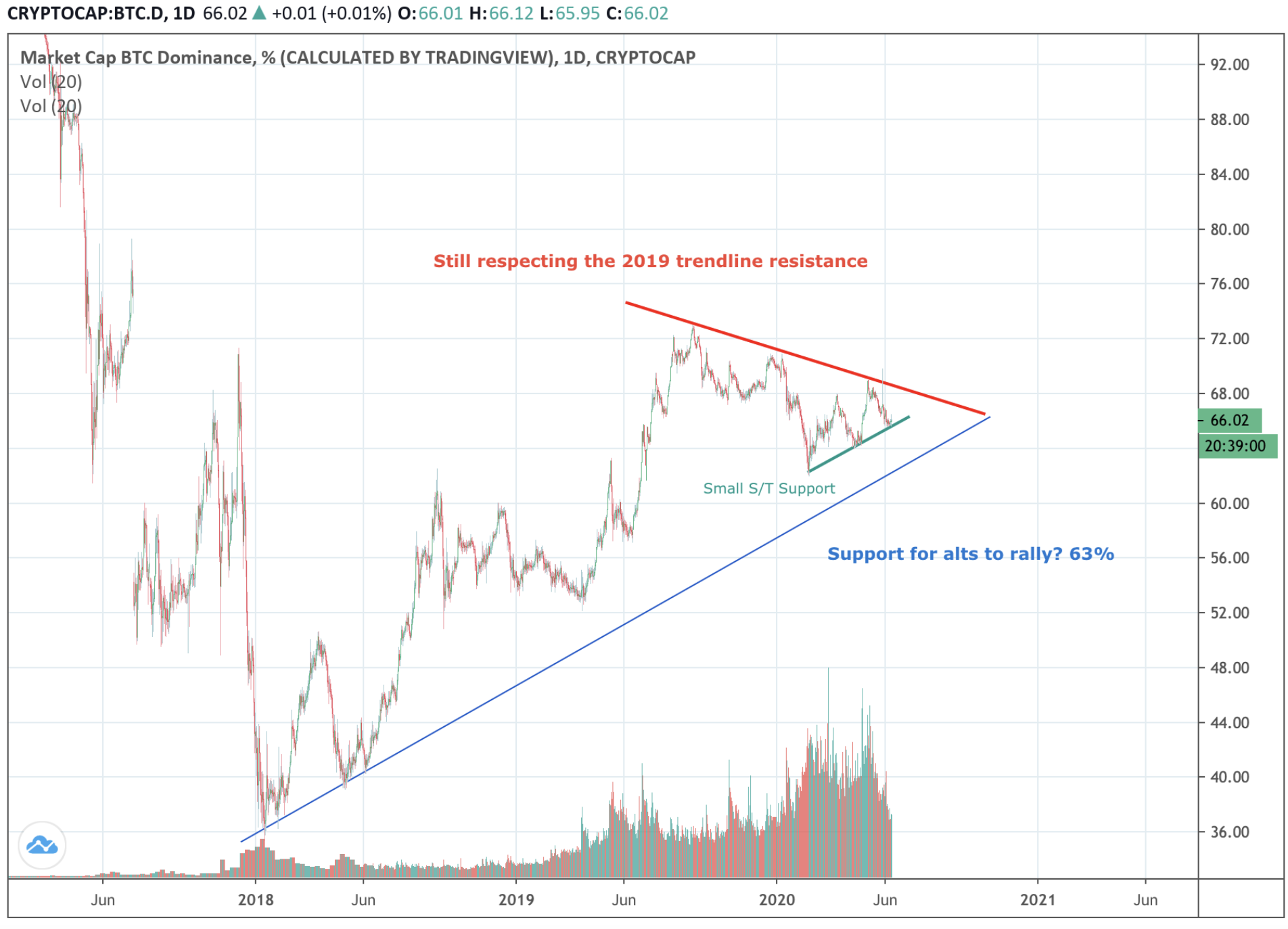 Who says BTC doesnt move with Stocks? Look at this chart...

Disclaimer
Opinions expressed are solely the analyst's own and do not express the views of Matrixport the company.
The views and opinions expressed in this article are those of the contributor and do not necessarily reflect the view of Blockchain.News.