A bug in Opensea online marketplace has accidentally burned (destroyed) more than 42 NFTs (Non-fungible tokens) worth a minimum of $100,000. 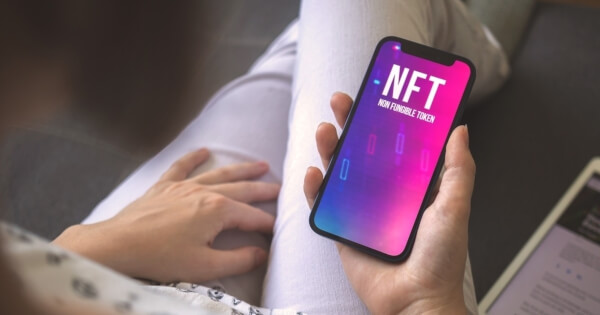 Nick Johnson, a lead developer of the Ethereum Name Service (ENS), first noticed the incident and talked about the matter.

Johnson tweeted about the incident, thinking that he was the only victim affected after the bug burnt his NFT, but later realised that other 42 NTF users were also affected.

On Tuesday, September 7, Nick Johnson announced that a “bug” introduced to the “Opensea” transfer page in the last 24 hours accidentally destroyed (burned) NFTs that users attempted to transfer to an Ethereum wallet using an ENS name.

The Ethereum Name Service (ENS) is a service that provides easily readable names for Ethereum wallet addresses. Many NFT users normally use ENS names to simplify the process of transferring their NFTs – rare digital items (like images, video clips, interactive video games items, and many more digital assets) – to an Ethereum wallet address and to cultivate a brand around their collection.

Johnson himself lost an NFT because of the mysterious bug in Opensea online platform, including at least 42 other collectors who also lost their respective NFTs.

Johnson disclosed that he encountered the bug while transferring his NFT into his personal wallet (nick.eth) by using the ENS service.

After he tried to transfer the digital asset, OpenSea instead sent the NFT to an incorrect wallet address. Johnson then wrote that Opensea’s interface failed to resolve the ENS name linked to his wallet. In other words, the Opensea network accidentally sent the NFT to an address that nobody controls and cannot be transferred back to Johnson.

Initially, Johnson tweeted that he was the first and the only victim of the bug after talking to Opensea, which he stated has fixed the bug. But later, Johnson found out that more than 42 NFTs from various collectors were affected and destroyed by the bug. The total amount for such 42 NFTs was $100,000.

Talking about the incident, Johnson tweeted: “A frantic call to OpenSea later, it transpires I was the first and apparently only victim of a bug introduced to their transfer page in the past 24 hours, which affected all ERC721 transfers to ENS names. Ownership of rilxxlir.eth is now permanently burned.”

Some of the affected users have tweeted about the incident, requesting Opensea to respond to the matter and provide compensation for the losses. Opensea has yet to talk about the situation officially. Johnson noted that the marketplace is still conducting a postmortem analysis about the issue.

Opensea To Expand Its Digital Commerce

Opensea intends to expand its service to multiple blockchains in search of a long-term solution.

The marketplace is currently the single hottest platform for purchasing NFTs, processing around $3.4 billion worth of transaction volume in August alone. But when something goes wrong within the online marketplace, it can have serious consequences for owners of crypto collectables. Some users have lost almost $100,000 attributed to the mysterious presence of the aforementioned bug in the Opensea platform.

In July, Opensea raised $100 million in a Series B round led by venture capital firm Andreessen Horowitz (a16z). The new funding valued the firm at $1.5 billion, effectively making Opensea a unicorn or a startup with an over $1 billion total valuation.

During that time, Opensea stated that it planned to use the new funding to scale up its NFT marketplace by hiring more engineers and expanding to new markets and audiences worldwide.