Binance.US has announced that it has hired Brian Shroder as president and appointed him as the board member. 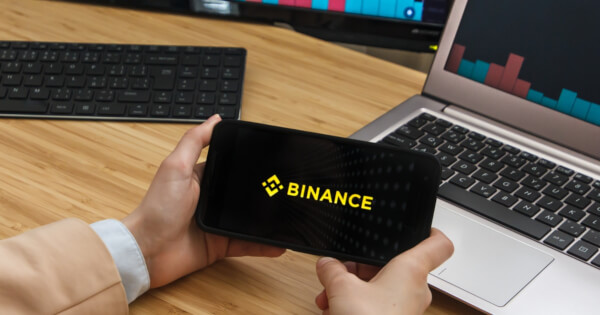 In the new role, Shroder will oversee the firm’s fundraising, strategy and execution, corporate and business development, and manage the company’s HR, legal, and product and technology functions.

Shroder comes to Binance.U.S, with a solid background in fintech. In the past, he worked at Ant Group, the firm behind the mobile payment app Alipay, as the head of its Southeast Asia operations. During that time, Shroder was in charge of expanding Alipay and other Ant Pay services across the region. Before that, Shroder worked at Uber Technologies Inc in the Asia office as head of the strategy and business development.

The appointment of Shroder, a Harvard MBA who kept a low profile while serving senior functions at Ant and Uber in Asia, seems to be an effort by Binance.US to ramp up its operations. The appointment is a clever approach by the exchange to bring in an executive with experience in doing business in Asia and someone with the ability to face off competition in the US market, with companies such FTX aggressively winning market share.

Binance.US is an independent firm but is completely linked to its relationships with the Binance Group, a company with deep roots and leadership in Asia. Shroder’s experience makes him fit to navigate this business culture while building an increasingly regulated business in the US.

Shroder talked about his appointment and said that his experience at fast-growing firms would help him bolster Binance.US toward its plans to go public. He believes that the company has all the necessary resources to become the largest and most successful crypto exchange in the US.

The move of Binance.US to hire Brian Shroder comes one month after former CEO Brian Brooks was abruptly reassigned from the exchange after just three months on the role.

In the meantime, the operations of Binance.US is being led by an interim CEO, Joshua Sroge.

Shroder’s coming is set to help the exchange prepare for its initial public offering expected within the next three years, depending on business growth.

Earlier this month, the exchange announced plans to go public, with the founder Changpeng Zhao stating that Binance.US is about to close a huge private fundraising round in the next two months that should reduce his control of the board. He said that after Binance.US plans to conduct an IPO by 2024.

Zhao insisted that despite ongoing pressure from regulators worldwide, business operations are running smoothly in the US now that the crypto exchange has put down a regulatory anchor.

Binance.US was launched in 2019 following a suspension of crypto services associated with its parent company Binance Group to US customers – a move to ensure complete compliance with agencies like CFTC and SEC.

Binance beefed up internal regulation through the establishment of Binance.US and is now able to protect its access to the US crypto markets as it can adjust its exchange operations to meet the specific requirements imposed by federal regulators.