It seems all eyes are on the Founder of Tron and CEO of P2P file sharing protocol BitTorrent, Justin Sun, who bid and won 20th Annual Charity Lunch with Warren Buffet, the American business investor and CEO of Berkshire Hathaway. The crypto entrepreneur paid $4.57 million for charity lunch with a long-time Bitcoin skeptic Oracle of Omaha.

Justin Sun was all over media when he announced his victory over Twitter on June 3, 2019.

The very same day, Justin also wrote an open letter to the entire Tron Community explaining to them the significance of the charity lunch with Warren Buffet and his expectations from the meeting.

He wrote, “ I look at the upcoming lunch with Buffett as an opportunity to seek mutual understanding and growth. To aid in the conversation and support the overall cryptocurrency and blockchain community, I will invite several industry leaders — with your input — to accompany me to New York City for the lunch.”

All the money from the massive bid will be donated to GLIDE Foundation working for homeless and needy in San Francisco. According to Justin Sun, this is not only the win of TRON Foundation but the entire blockchain community. 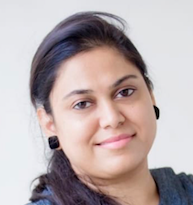 Kavita Gupta is a PR and Digital Marketing Professional with an experience of over 11 years. Her love for blockchain technology and different cryptocurrencies can be realized through her writings in which she shares her independent views on the blockchain and crypto world.