Exclusive: How Government Can Drive Blockchain Adoption in Real Estates?

In Part 2 of our interview, Natalia shared with us how governments can drive blockchain adoption in real estates! From the successful example of Vermont, we also learn from Natalia on the key challenges before blockchain can go viral in the United States! 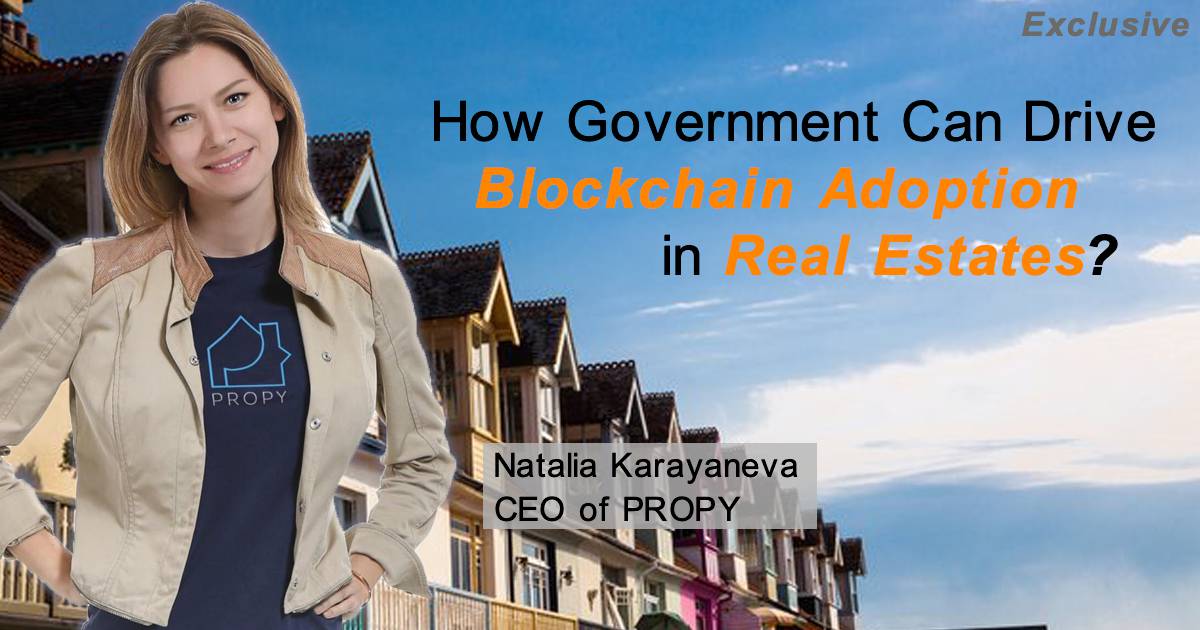 We see that Propy had partnered with government agencies in different countries such as Vermont in the U.S. and Ukraine to launched pilot program recording real estate documentation. How government can drive the blockchain adoption in real estate industry?

It is vital for local governments to embrace the idea and adapt their producers to accommodate that technology. If they change the law to authorize blockchain records, then the barriers to automation in real estate will disappear. That would radically speed up the process and also eliminate the hazards of fraud or data loss. It is also a matter of time leaders understand the benefits blockchain has. Abuse of power is practically impossible, as the property related information will be secured on decentralized storage. If there is a strike or a disaster, logs at land registry offices can be easily perished. Vermont, California, Arizona, Nevada and Delaware have issued blockchain laws, and many more states are catching up. Many legislators are inviting us to explain the real estate vertical and thus we expect real estate related laws will be adjusted to embrace blockchain as well.

We see that Vermont is the first state in the US to perform a blockchain based real estate transaction. In 2015, Vermont passed a law to encourage verification of state record using blockchain. Do you think the example of Vermont can be copied in other U.S. cities?

Absolutely. This was just the first step towards the digital revolution in real estate.

After we completed our first transaction in Vermont, brokers, title companies and recording offices in other states were not scared anymore of processing a deal on blockchain. It’s just another technology, like the internet, which doesn’t necessarily mean there is a need of a new law. The laws could encourage/enforce the blockchain usage for public records - this would be a game changer and would definitely bring immediate benefits to the citizens and administration. The first state to enforce such a law would be in the history forever.

What are the key challenges for Propy to extend its adoption in the U.S.?

The greatest challenge for us is educating real estate professionals and authorities alike on the benefits of blockchain technology. You do not just change a centuries-old practice in a day. There are also some laws and regulations that need to be adapted. Governments also need to start working to raise public awareness about the real value of blockchain-based public records.

Deed registration in overseas property can be troublesome as it requires compliance in different jurisdictions. How can Propy address these concerns with blockchain?

Propy is compliant with all jurisdictions that we are operating in - the US, EU, Japan and others. We work with a brilliant team of lawyers and engineers and so, our transaction platform can be easily adapted to meet the local legal regulations. Furthermore, our ultimate goal is to create a unified standard for property purchases. It is a game changer. We invest a lot of time and resources to work closely with authorities and so they can recognize our tool as a norm of how those transactions run internationally. As for deed registration, we normally invite the closing party (title company in the US, lawyer in Japan, notary in EU) to justify the signatures. The local registry is recorded on Propy’s platform so that consumers can retrieve the immutable information about the deal anytime in the future.